Just back from a very relaxed and enjoyable afternoon at Robin's for a second Spearhead stouch.

Robin set up an encounter battle with equal forces - his forces (+ my tanks). Three infantry battalions each, plus a regiment of amour each.

Four objective markers - BUA in the east, two hills in the centre, and bridge in the west. 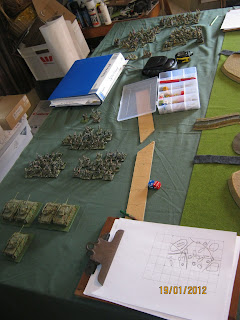 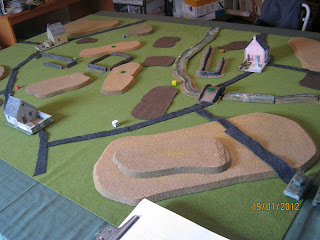 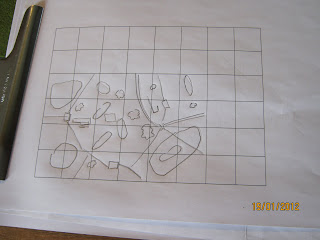 I took the Brits, coming in from the north. 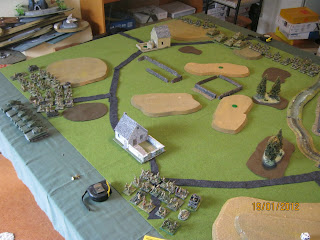 As it happened, my deployment was pretty much mirrored by Robin. 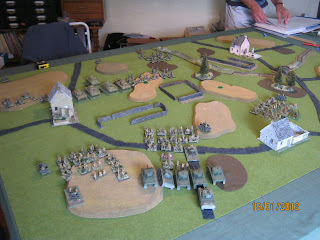 Well, 'cept my central infantry battalion was in front of my armour, and Robin's was to west of his. 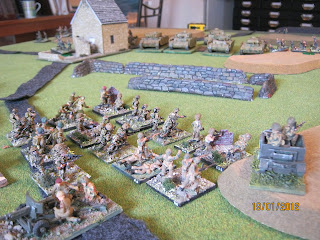 As we advanced, I ran to get behind the walls of the eastern field...unfortunately, it didn't really help... 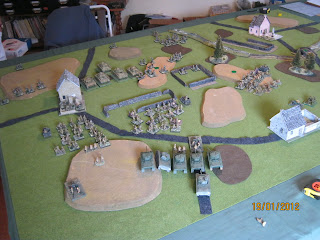 ...as Robin started pouring in a significant weight of fire... 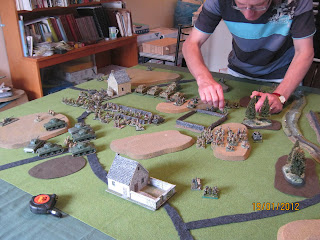 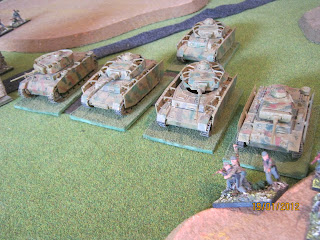 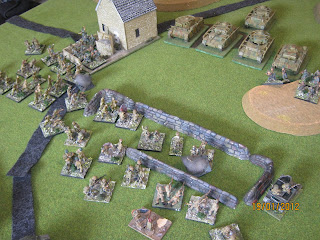 Still, while I sat and took it, so to speak, in the centre, I managed to advance on the Eastern township... 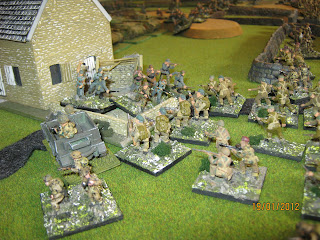 ...while my armour slowly came forward. 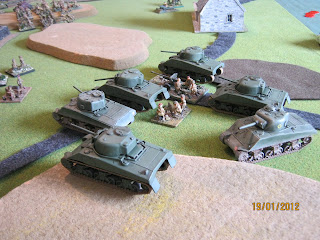 In spite of having a company suppressed as they went in, two other companies of the battalion carried on in to assault the town anyway. 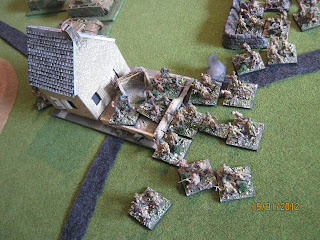 With some considerable success. 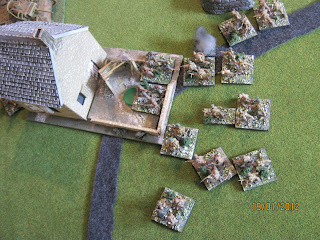 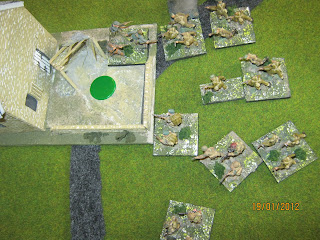 'Specially since I was attacking three companies with but two! 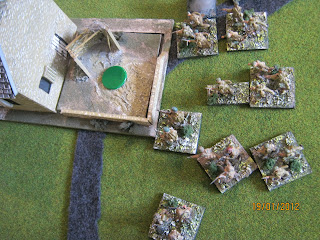 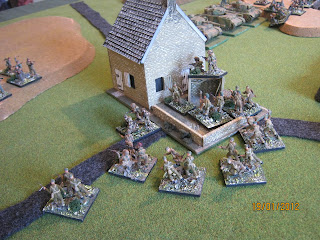 Right, enough hanging around in the back, time to swing the armour to the west and then north. 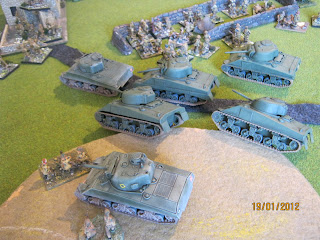 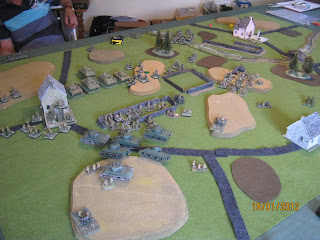 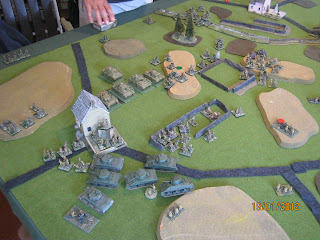 In the meantime, my central battalion was getting a hammering.

(Not as much a hammering as my eastern battalion had though, but they survived a double moral test and vowed to fight on to a man!) 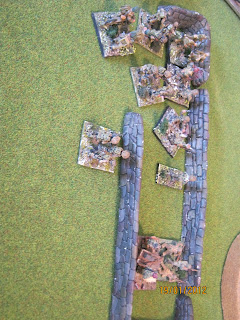 As the Shermans continued East (minus one that went down to a Pz IIIL - how rude!) the afternoon slowly drew to a close, so time was called.

Adding up victory points in relation to the initial objectives, Robin was declared the winner and 5 VP to 3. 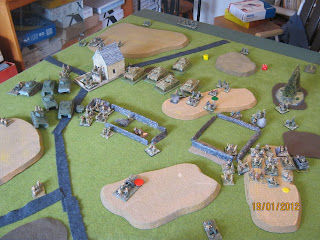 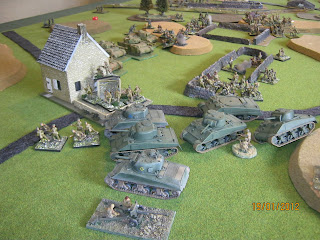 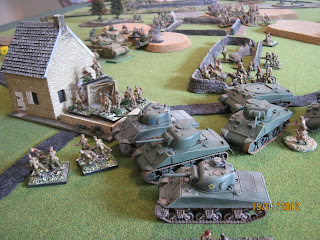 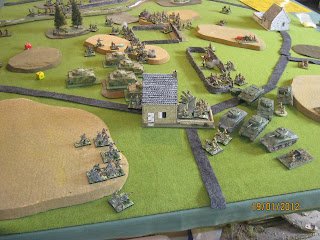 And a good time was had by all. A jolly good time.

Thanks for the game Robin, and the coffee. And biscuits. And coversating. And stuff.