During our great Christmas Crossfire Conflagration I noticed that Stan (like, I - he was using my figures) didn't have enough mortar elements on board. I know, they don't have to be modeled on board, but they look so cool! They're also useful to remind you that you've got mortars, and to have something to keep the number-of-fire-missions-left-to-fire die besides.

So, since still had enough for two more stands from last time, I pulled them together. 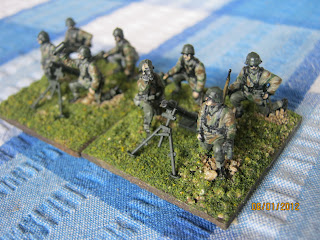 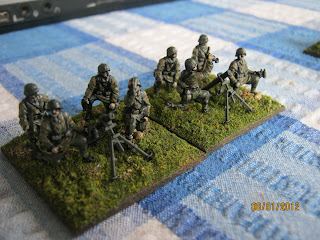 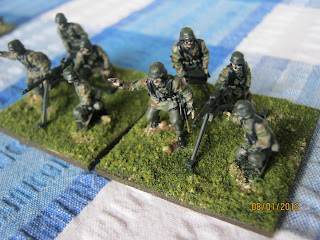 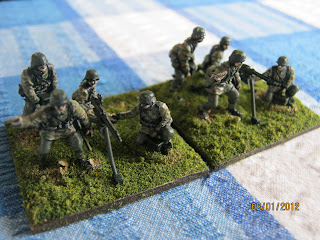 These camouflage patterns take so much longer than the Kiwi's Khaki. (And I still haven't really got them right). No wonder the Germans lost - apart from biting off more than they could chew (and the regime being so very evil), they made stuff unnecessarily complicated - just look at their later tanks.

(Actually, it would be interesting to see if anyone has done a study on the relative effectiveness of WW2 camouflage/battle dress - was the extra effort really worth it?)