I have just finished painting and basing my first WW2 Germans. Its no wonder they lost the war, these camouflage patterns take a lot longer to paint than the Kiwis! 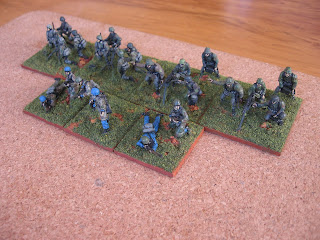 First up we have the said Fallschirmjager stands. Company commander and Forward Observers. 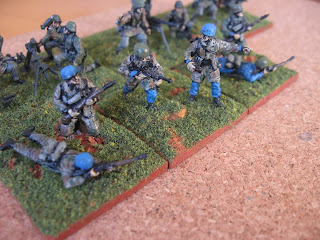 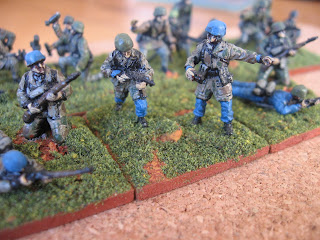 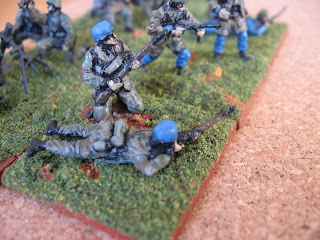 I know the blue is a bit bright, but I was tying to match the Revel painting guide for their German Paratroopers. 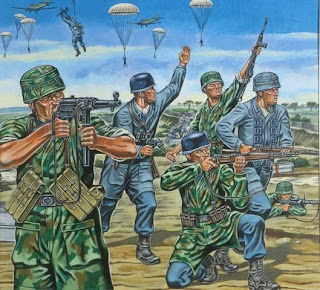 Next, the HaT German Mortar teams that the FOs are observing for. 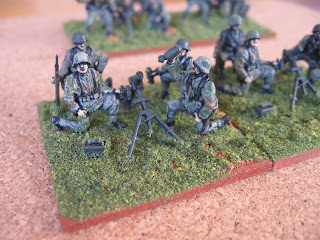 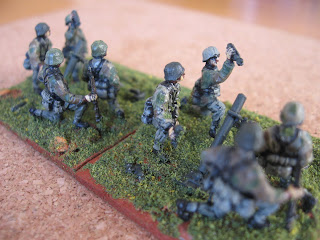 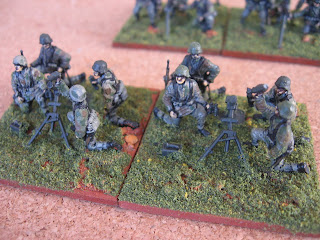 Nice wee vignettes, straight out of the box.

And then, the tripodded MG42s. 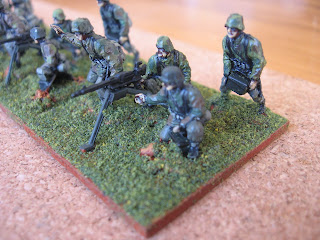 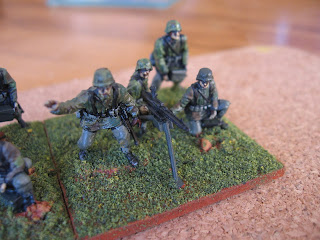 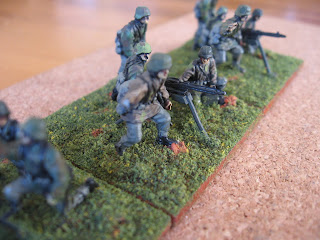 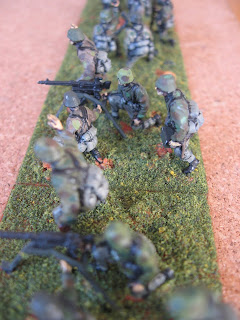 I tied to follow the Flames of War guide to painting Fallschirmjagers...with varying degrees of success. And varying mixes of paint.