I have just had a very enjoyable game of Crossfire with Stan. I took a company of Kiwis with a couple of Shermans in support, he took Andy's [Winter] Germans with a Stug. A Super Stug, as it happened.

And a good time was had by all. I was a very fun game, even though I got my ass handed to me on a plate!

We set up the table with an objective kinda in the middle and lots of terrain thither and yon. The idea was to get the IED before the other bloke! 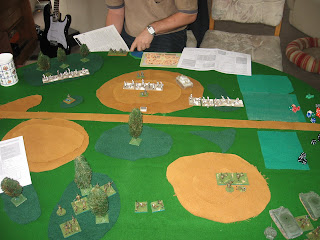 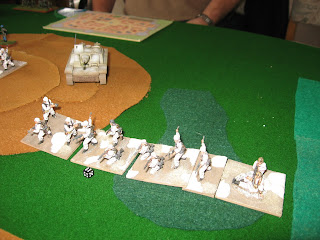 I tried to sneak around the flank behind the burning Shermans, courtesy of Stan's Super Stug... 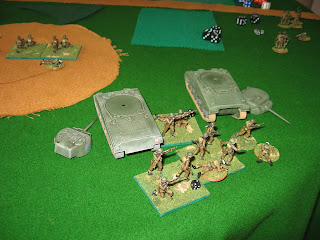 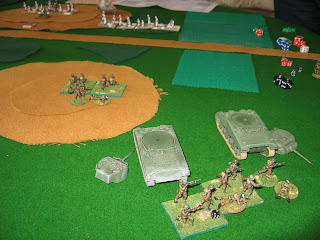 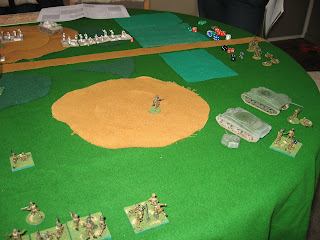 ...but it didn't really work, seeing as I had to cross open ground between said wrecks.

So he switched his concentration to the Company's HMG assets on the hill, and then to the company commander himself. 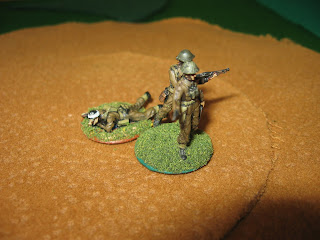 So I switched to the other flank, trying to get across some more open ground to a depression. Stan's mortars kinda put paid to that... 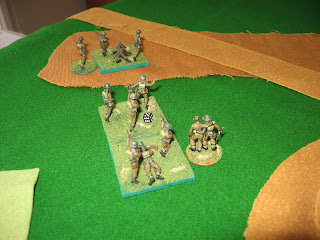 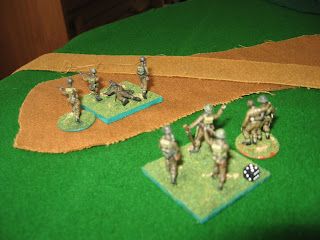 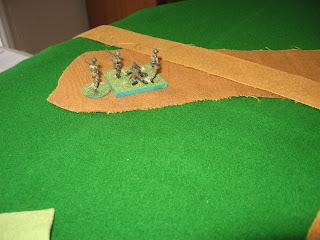 At that point, only having one squad and one FO left... 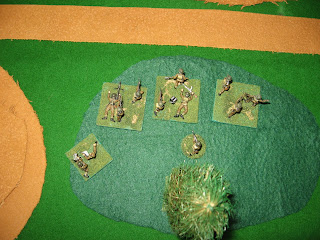 ...and having only killed one squad of Germans, I conceded the battle.

The men of the match? The Super Stug, who zipped from one flank to the other, laid waste to the two Shermans and then proceeded to menace the centre... 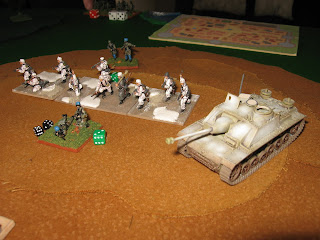 ...and the German mortars, who pretty much wiped out my left. 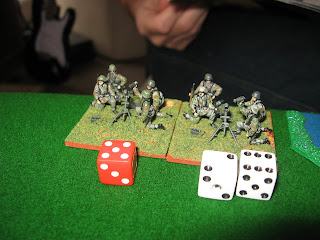