The Fourth Crossfire Game This Week!

I have just finished my fourth Crossfire game this week, which is quite unprecedented.

Andy and Dave came round, Andy promptly wiped the board with his (now mine, thanks to his exceeding generosity) Germans against my Kiwis, and then he and Dave sat down, same set up, same forces, to see if Dave could have any more success... 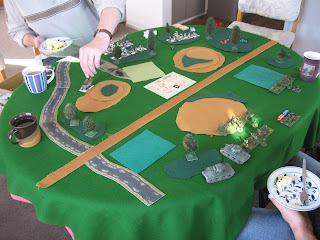 Andy moved up one of his FOs in a cute wee Kublewagon and advanced towards and then entered the town, all in his first initiative... 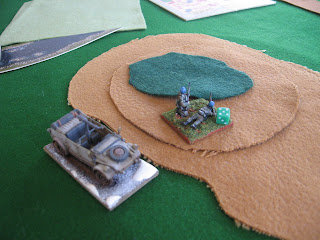 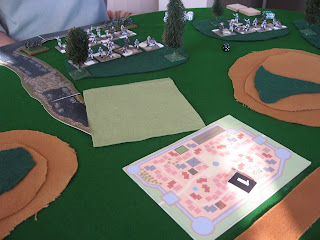 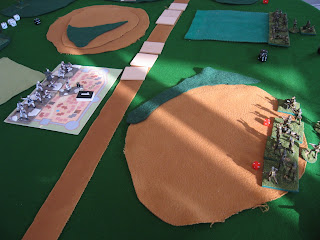 ...while Dave awaited the arrival of Andy's Hetzer down the western flank. 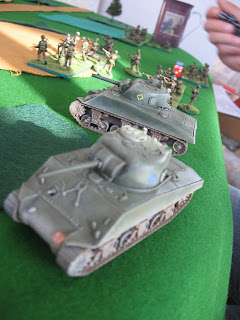 Which it duly did. 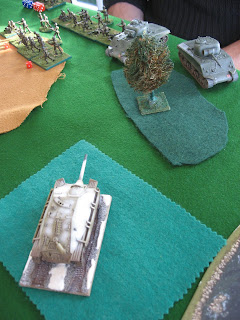 Andy pulled the Hetzer back so it couldn't be surprised in the flank, and then had to shoot through to look after his daughter so's his wife could go off and watch some wedding or other on the telly. Something about a prince and a commoner, future monarch of NZ or something.

Anyway, with Andy's departure, I stepped into the role of the German commander. Here was the situation. 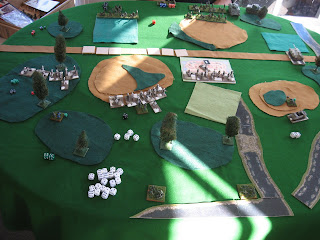 (Those empty bases are my smoke stands at the moment!) 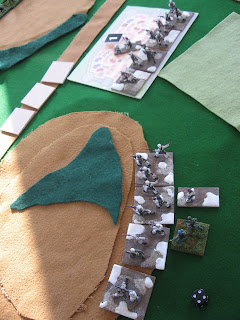 Dave laid down some smoke right in front of the Hetzer, and then snuck around its side... 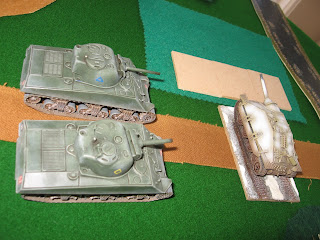 ...while he moved two squads of infantry to the edge of the hill, across from the town. 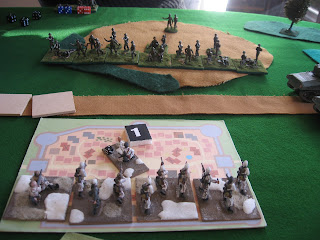 He then moved the 105mm Sherman to bombard the town (at 5 dice, minus one for the terrain the target was in), and missed, passing the initiative to me. The Hetzer lives!

I group moved my infantry to the edge of the town, so they could shoot out, but the 105 reacted to my movement and pinned my anti-tank squad.

During his next initiative, he duly dispatched the said anti-tank squad with the aforementioned 105. 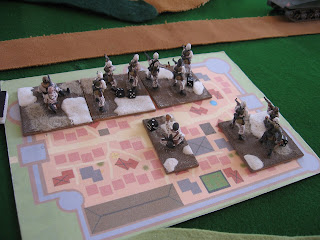 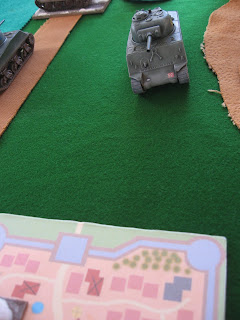 He then moved the 105 to the edge of the town to shoot in. And again, missed! 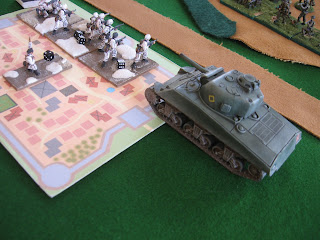 However, seeing as my closet squad was pinned (and the next one suppressed) by the infantry to their front, I couldn't close assault it.

So I laid smoke in front of the other Sherman, and moved the Hetzer around to shoot at the 105 from the rear.

Dave threw for reactive fire from the 105... 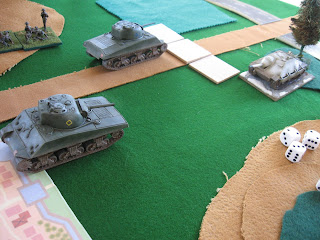 ...failed to penetrate the Hetzer's front armour and I was able to finish the 105 off. Cool! 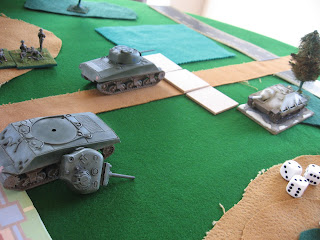 I then wheeled the Hetzer around, drew more reactive fire from the 76mm of the other Sherman... 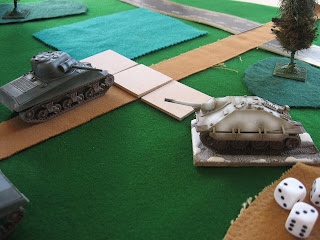 ...which failed to penetrate... 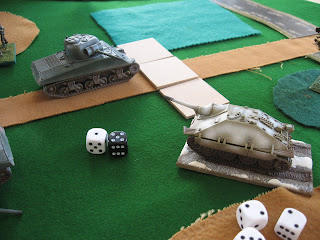 The same was repeated over the Dave's next initiative, until I was finally able to finish the 76 off. 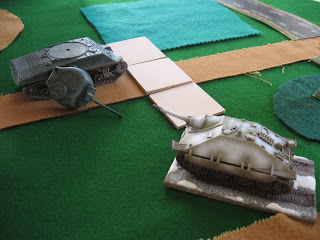 (The smoke should have been removed)

I brought up the squad from behind the hill, managed to suppress Dave's HMG on his eastern flank and pinned Dave's PIAT squad in the center with the Hetzer. 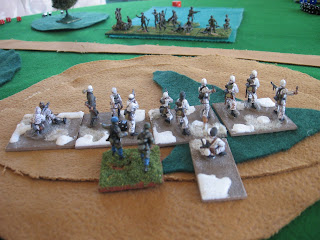 Wasn't enough to retain initiative though, so Dave laid down more smoke in front of the Hetzer and laid down some effective fire into the town. 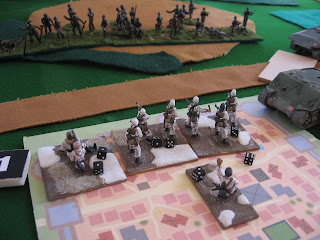 His next initiative saw him sending in a HMG re-enforced squad to assault my suppressed squads in the town. 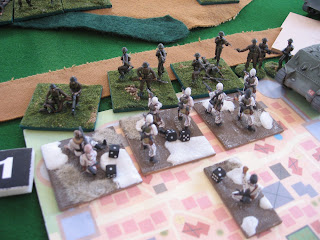 Against the odds, the assault was thrown back. 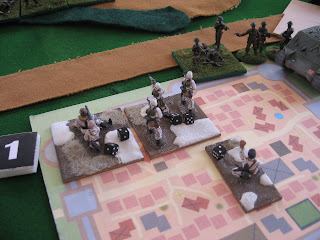 (Well, apart from where it wasn't!)

And that was the game. Dave had to call time, he also having to get ready to go round to watch the very same wedding as the one as Andy's wife. Though in different locations. The viewers, that is, not the wedding.

The game was still in the balance...the Germans would most likely loose the town, but they might well be able to win on the East and bring pressure into the centre. Specially with the Hetzer roaming in the West... 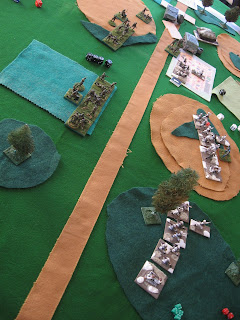 Just before he left I got some shots of his Americans. 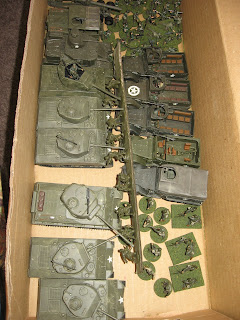 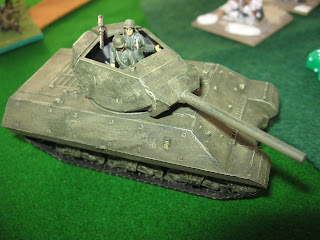 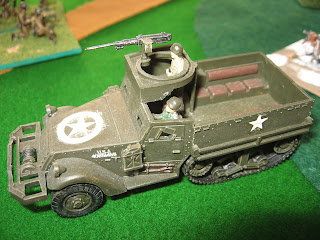 And a good time was had by all. Thanks for coming round boys,