Soon after Stan left, Dave arrived for his first ever Crossfire game. Same set up as before... 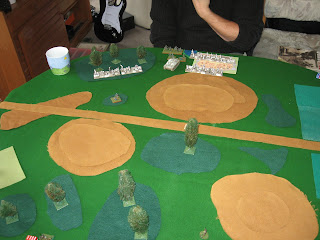 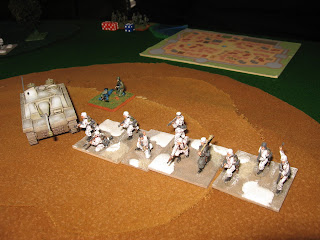 ...with the same objective (which was moved to the road).

Dave moved round to the cabbage fields under the cover of smoke (a lot of smoke was used in this game). I moved round a platoon supported by the Shermans. 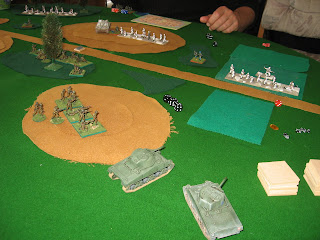 I also moved into the centre, a threat that Dave quite quickly neutralized. 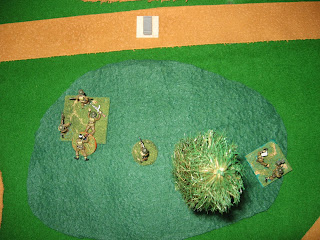 Well almost. More of that later.

In response, I moved my left most platoon back into the centre. 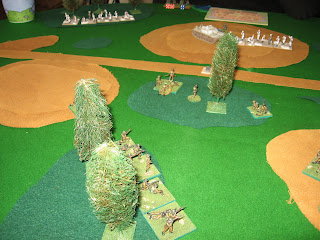 After a lot of swapping of initiatives, smoke screens, shooting and the like, a particularly effective strike by mortars and the remaining Sherman effectively nullified Dave's platoon in the cabbages. 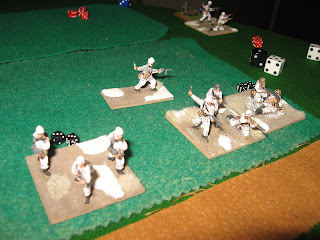 So I switched my attention to his troops in the centre. Again, with some success. 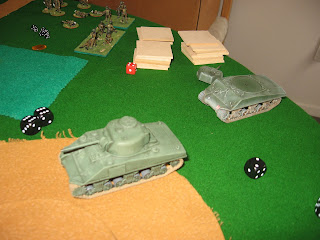 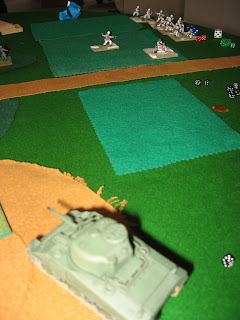 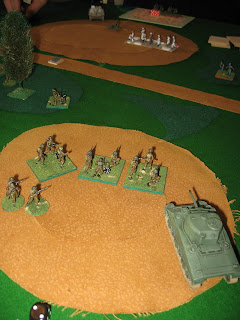 (Notice the Stug lurking behind the hill? Dave was using historical shoot and scoot tactics...which would explain why one of the Shermans lived to tell the tale...)

In the meantime, he had brought up the platoon on his right across to just a smoke screens distance away from my centre rear platoon. 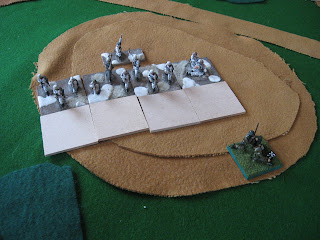 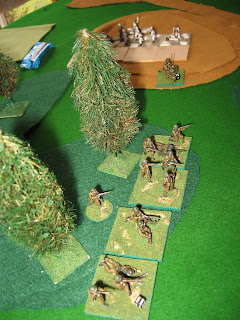 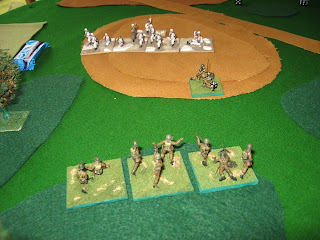 Rather than assaulting my waiting HMG supported platoon he planted smoke, assaulted and ran over my isolated FO and continued on with the intention of wiping out my remaining FO in the centre, the other side of one suppressed squad and a single PC. 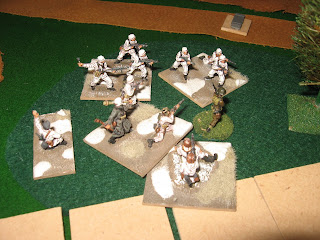 ...and got beaten back. For the loss of three squads! 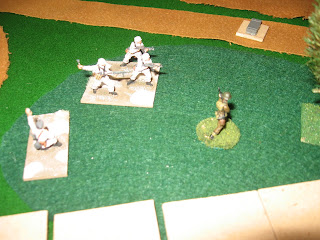 After cutting down Dave's remaining squad that had traveled all the way from his right flank, Dave conceded the game. 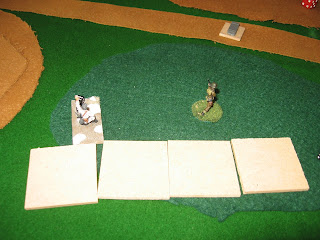 And a good time was had by all. A great time, in point of fact.

Thanks Dave and Stan for a fantastic end to my holiday break.

Oh yeah, does anyone know...

Postscript - this just in from Dave...

Now I've read the rules, I see we were missing heaps of things on Sunday:
too many fire missions per initiative, FOs observing for both mortars, tanks
firing at infantry when there were tank targets, loan PCs not being
immediately captured during assaults, smoke not lasting long enough...:-)

Just goes to show that I don't read the rules!

Does this mean my heroic PC's actions were invalid? Rats!
Posted by Nick Grant at 17:23