As I start on these carriers... 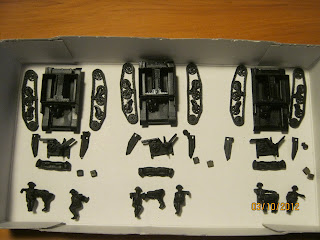 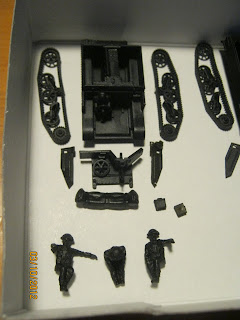 ...I can now put away the last of my Kiwi infantry...for the time being anyway. 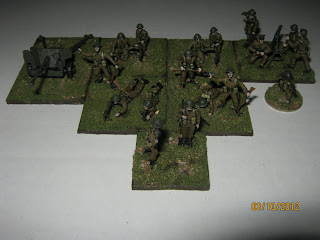 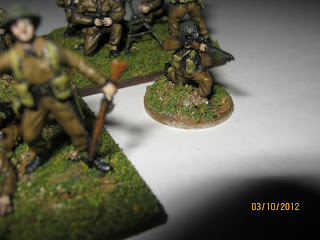 Well, almost all of them. Still got to do the ghillie suit on this sniper. Any ideas?

Anyway, with these infantry complete, I now have enough for two and a half Spearhead Battalions (@ four companies each comprised of three stands for each company), plus two HMG companies of three Vickers guns each, and three 3 inch mortar sections (plus two 6 pounder ATGs plus crew - and 10 Shermans, three Fireflies, M10s (to be completed) and one 25 pounder with crew and Quad). 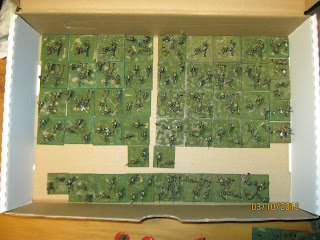 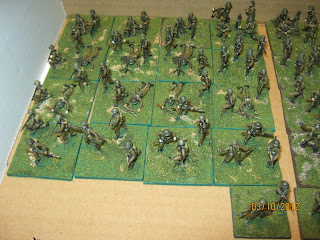 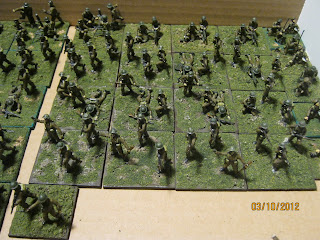 ...and the half Battalion, with supporting 3 inch mortar, which I'll consider to be part of the 22nd [Motorised] Battalion which was attached to the 4th [Armoured] Brigade, 2nd NZ Division, c. 1944. 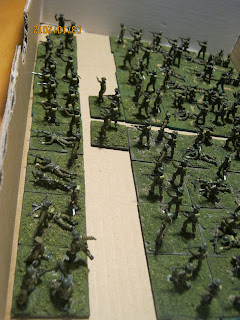 Each of these Brigades are going to get a universal carrier each as an attached Carrier Platoon.

A fairly detailed breakdown of the 2nd New Zealand Division in Italy, circa March 1944 can be found here. I've emailed the NZDF for a breakdown of which Company was in which Brigade, so hopefully...

Anyway, this leaves me with this lot (along with the 5 F/O stands pictured sitting to the right of the 25th). Suppression markers for both Spearhead and Crossfire... 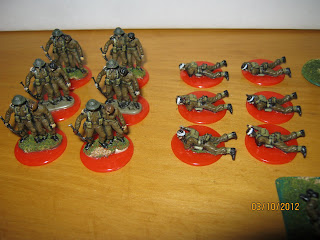 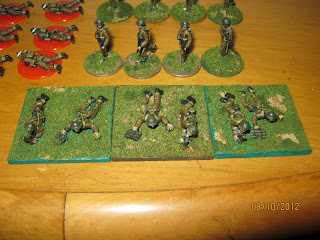 ...as well as the Platoon Commanders, again for Crossfire. 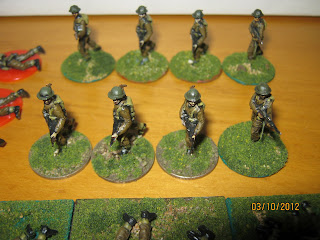 Apart from him, and the afore mentioned sniper, that'll be enough infantry for the time being. There's only so much room on the table, and that'll give me more than enough for a 600 point Spearhead attack list.

Now to finish this Sherman, Firefly and the M-10s before really getting stuck into the carriers.