And so, onto battle 2, my VSF Brits vs. Nick S' African Plains army.

I set up my shooters in the rough... 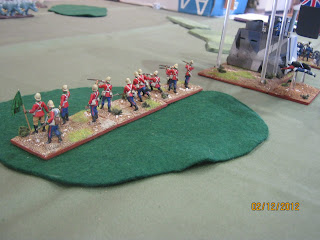 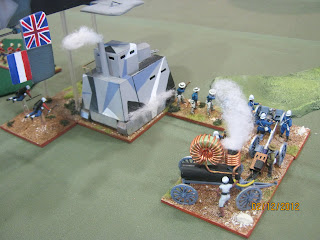 Note the cute wee steam powered rocketeers flying around under the airboat! 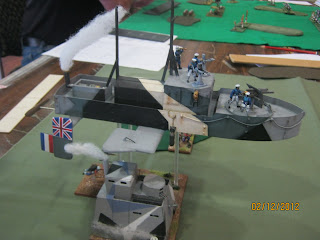 Nick sends his vultures out to threaten my flank, so, well, Nick sends out his own flyers escorting his Airboat to meet them. Two Nicks fighting...this could get confusing... 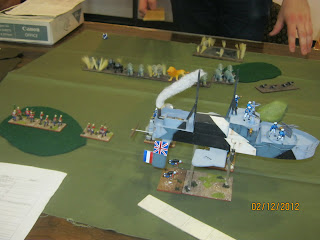 The rest of the Africans come trundling forward. Those rhinos are Knights. Facing my Steam Tank Behemoth and Gatling Gun Shooter, flanking either side of my Royal Navy landing party Shooters. My Steam Powered Zappy Gun Magician General watches on... 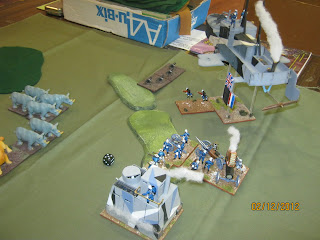 First contact. Sorry about the clarity of the action, the camera focused on the Airboat floating above! 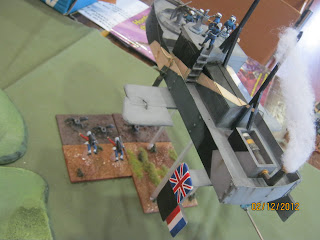 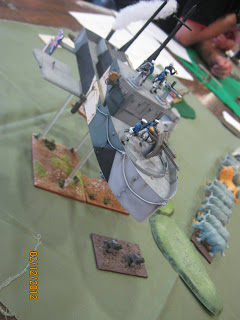 The Rocketeers follow up and deal to the rest of the birdies. 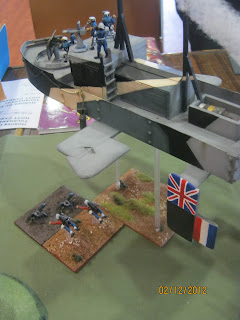 With the flank now wide open, HMAB Vulture contacts the African rhinos in their flank. With nowhere to recoil... 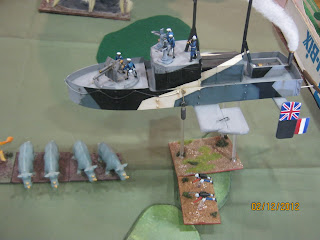 And so Nick piles them in. While Nick, as he writes this report, wonders how we missed that end Rhino crossing across the front of the Flyers' Zone of Control... 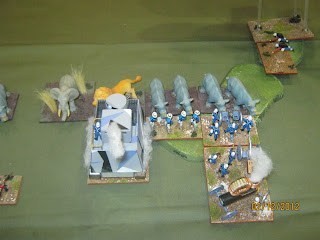 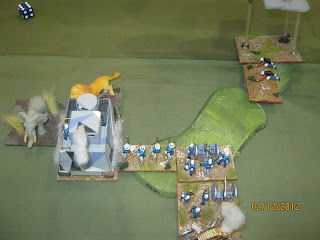 In comes HMAB Vulture again, this time into the flank of Nick's Lion Hero (Simba?) while the Rocketeers zoom over to protect the flank of the Tank. 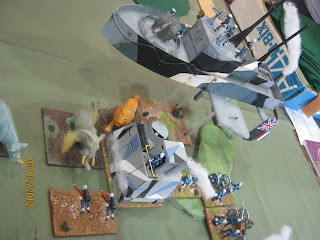 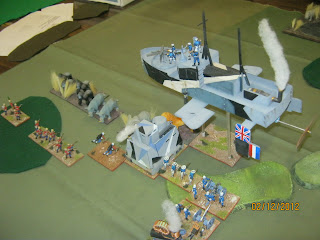 In the meantime, Nick's Rhino Knights finally comes into range of Nick's Shooters on the other flank. But not for long. That's them what ain't there. 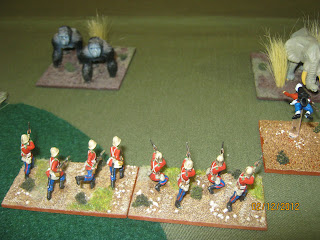 Heroically, as is appropriate, the Lion bounces off both the Steam Tank and the Airboat. 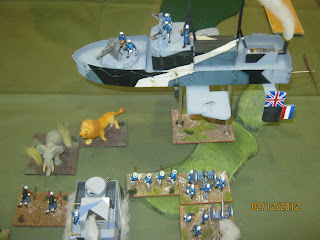 But alas for Nick, 'twas too late.

And so ended Nick's only win of the tourney!