Clearing the Decks...and the Revenge of the Cat!

And a repair on my new Star Wars X-Wing Miniatures Game X-Wing, that I left out set up for a game today, but discovered that one of the cats had sat on it overnight! 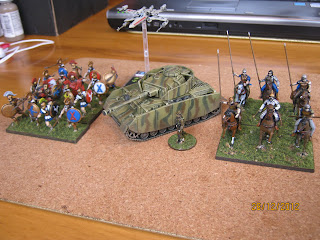 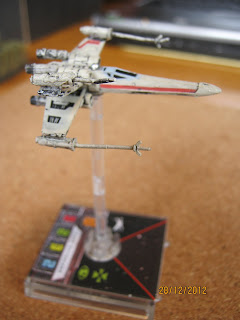 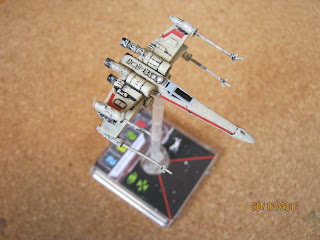 First up, the Greeks. All stock standard Zvezda figs, except that I cut off the Spartan Lambda blazon on those two blank shields so I could use the figures as generic hoplites. 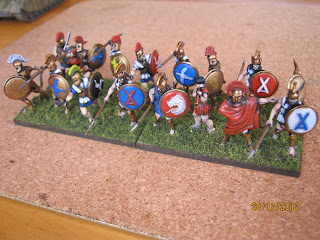 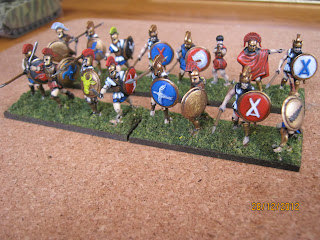 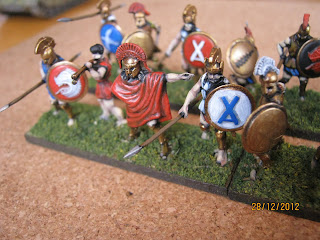 Next, we have the heavily converted Esci/Revel/Italeri/Airfix/Evolution Sarmatians. 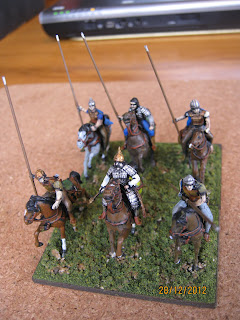 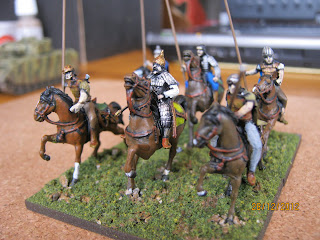 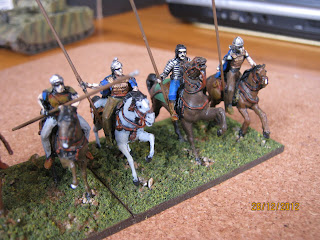 I quite like the way the tissue cloaks have turned out.

And so onto the lone Esci ANZAC (let's face it, he's Australian!) Platoon Commander for my expanded Crossfire Kiwi Companies. 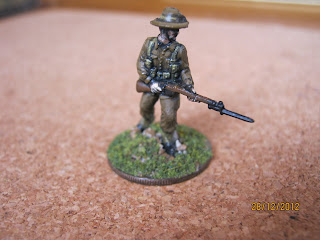 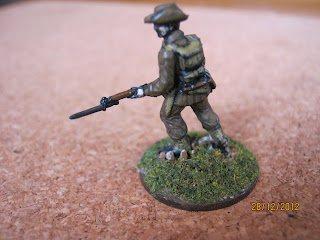 He turned out a little better than the photos might suggest.

And so onto this PSC Pz IV-H.

I pre-ordered the PSC Universal Carriers which took a little longer to come out than had been anticipated. So, as a recompense for the delay, PSC offered a free sprue to those who pre ordered. I asked for another PZ IV, then, after the email had gone, I realised that opps, that's two sprues, not one. Still, I heard nothing back, so waited to see what would turn up with the Carriers.

Turned out, nothing arrived with the carriers, so I sent off another email, and a very nice lady replied promptly, and apologetically saying yes, my original email had been received, and they would send one off forth with. Cool, thought I.

When that one arrived, yep, it was one sprue of a Pz IV. The bottom of the hull and schertzen. Ok, fair enough, thought I. One sprue offered, one received. So I emailed back thanking them for the gift, and requesting the price to purchase the other sprue. Again, this lovely lady was most apologetic and insisted in sending off the other one free of charge. As she pointed out, the one sprue wasn't much good without the other.

So...excellent! One free Pz IV courtesy of the Plastic Soldier Company. Thanks guys, exemplary customer service all the way to the other side of the planet! 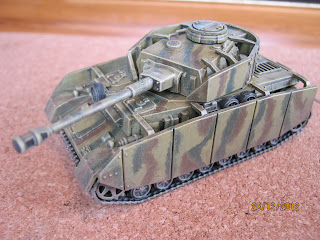 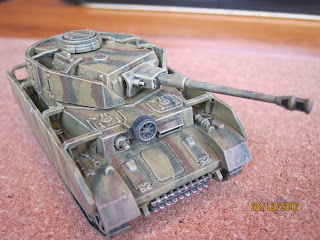 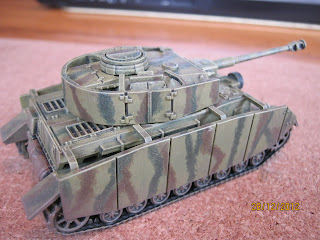 I tried a different way of painting it compared to the others. I was after a softer, more sprayed on look, so...


Here's how it compares to the others. 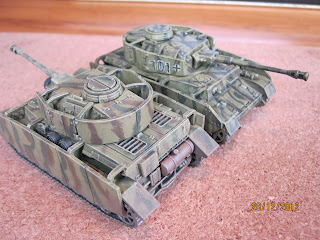 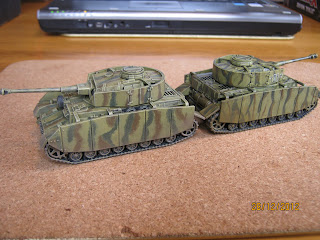 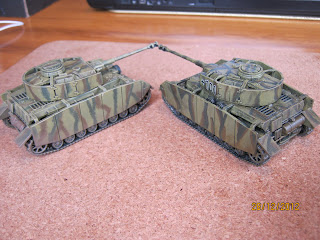 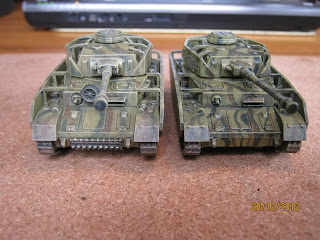 The thinned down wash has left it noticeably brighter than the other three. That, and the second brightened up highlight along the edges.

I also like the softer edges to the stripes compared to the quite linear definition of the others.

All in all, I think it's been a bit of a subtle success.

Now onto some more Greeks and Sarmatians. I have no real illusions that I'll get the armies finished before heading back to school, but some painted is better than none painted, right?!