This time I went up against Stan's Shogun 20mm Plastic Heroic Samurai, replete with... 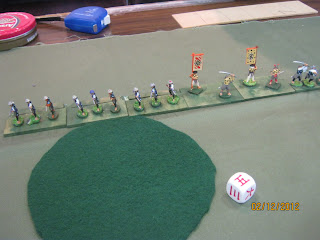 I chose to oppose them with my Early Imperial Roman army. 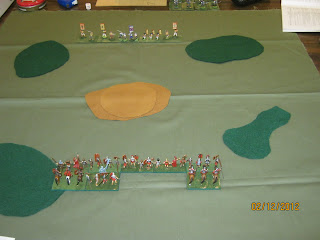 I set up protecting my flanks with the woods, with the aim of sitting my Blades on top of the hill and letting Stan come to me. Well, that was the theory, anyway.

So I advance as planned. Unfortunately, the Early Catafracts (c. 100 A.D ish) had to advance through the rough... 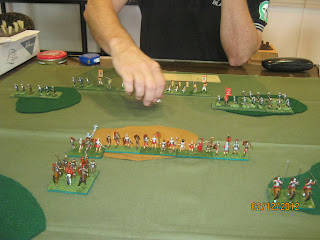 Stan sends two Heroes to my right flank, so I move over my Hero General to protect the line. 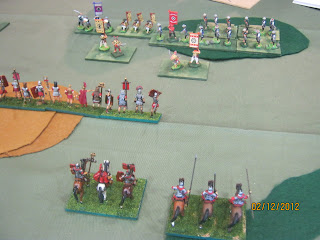 Unfortunately not enough over to protect my Catafracts. Caught, they were... 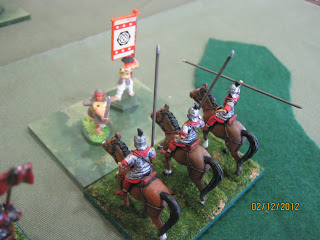 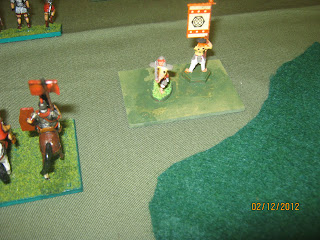 So in I go with my Hero General. With the sudden realisation that Heroes quick kill Heroes. Gulp. 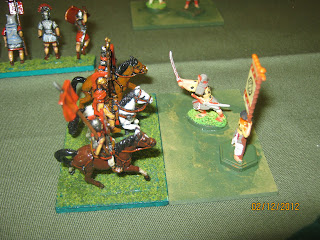 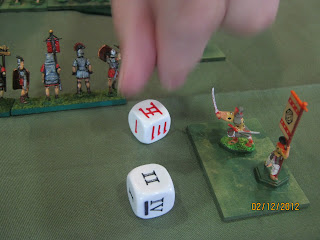 Stan assures me that that's a six on his Japanese die.