The First Casualty of War...

The first casualty of war is synthetic pillow stuffing Nick

So, with this in mind, I present to you...the first casualties of war! 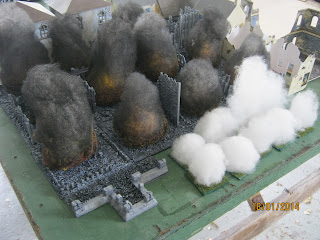 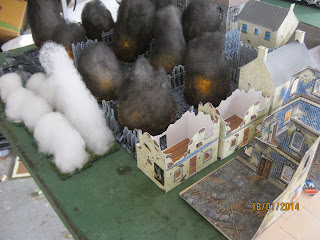 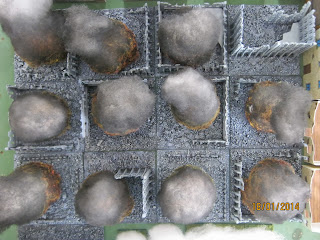 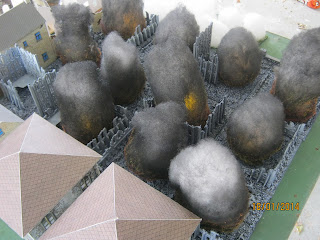 The destroyed vehicle markers are made in the same way as my previous efforts, sprayed and highlighted bear stuffing atop battery powered flashing tea lights. You can see some of them in action here. I've been meaning to finish the rest since October, 2011!

The big smoke marker kinda separated that way, so I glued it atop three bases side by side. Appropriate for Crossfire 3" and 81mm mortar smoke missions.

I even managed to finish that 20mm paper Russian hovel in the background.