Last Friday Andrew came round for some games.

After a fun round of Robo Rally (Matthew won again. He's really good at this game!) I pulled out my new X wing toys - my first run with two TIE Interceptors (Soontir Fell and Fell's Wrath), Darth Vader, a B Wing (Ibtisam - turns out she's a she), an A Wing (Green squadron pilot) and Wedge Antilles hisself.

I thought to keep it fairly simple I'd leave out the asteroids.

Sorry for the quality of the photos, I was using my Tablet.

Anyway, we lined up and both split our forces from the get qo. 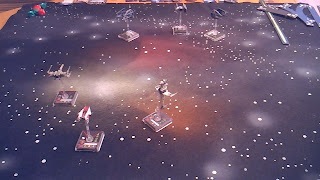 Vader immediately went for Wedge, while Soontir Fell aimed to delete an A.

If memory serves, Vader stripped Wedge's shields and took him down to his last remaining hull point. 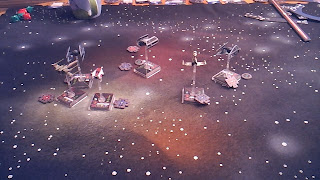 Still, he survived and the Rebels all did K Turns. Think U Turns in space.

Thankfully Vader ended up pointing the wrong way for a couple of turns. So... 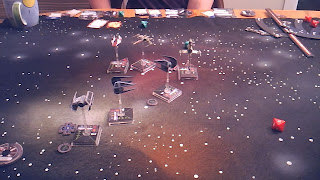 ... I was able to concentrate on Soontir Fell. 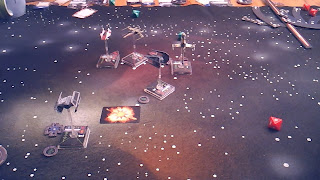 I was actually also able to take out Fell's Wrath with my B Wing, but, due to Wrath's ability he was able to hold out from blowing up 'till the end of the turn. Which meant... 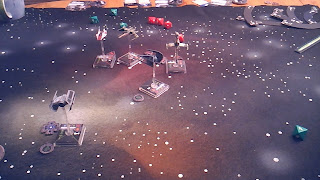 ...he was able to take out my Green Squadron pilot... 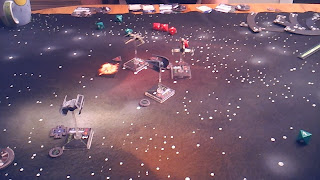 ...before blowing up himself! 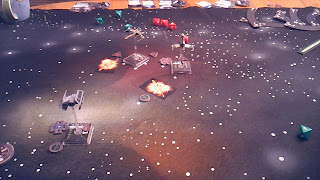 And then there were three.

Vader still couldn't shoot, so I poured as much as I could to strip some of his strength. Look at all those target locks! 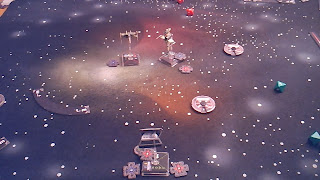 I didn't do me much good!

A bit of dogfighting later... 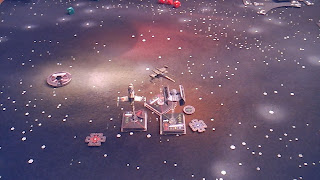 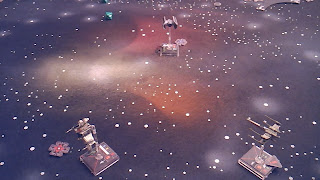 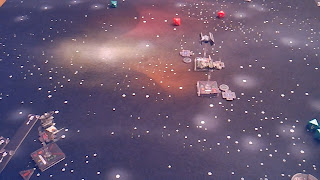 Seeing as Wedge had the greater pilot skill, he shoots first. 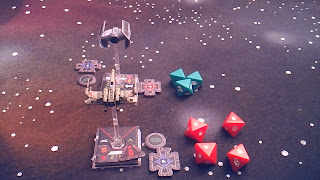 Point blank range (an extra attak die) with re-rolls (target lock) = four hits...with no evades! Vader was down to his last hull point. 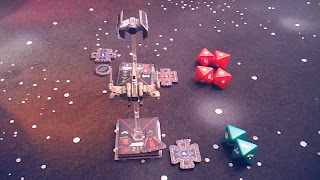 But then again, so was Wedge... 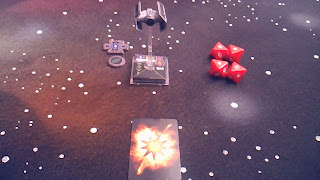 And then there were two! 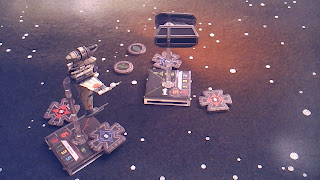 ...but the B wing is a tough old bus and survives to shoot back.

Again, point blank with re rolls...and Vader , being able to do two actions per turn, plays an evade and a focus token, and rolls well. 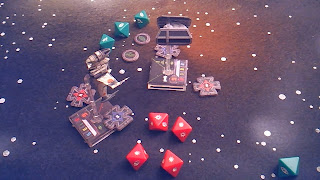 However, next turn he flies right in front of me. "I have you now." 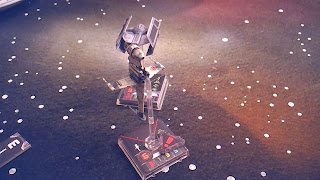 So Andrew simply plays a barrel roll, and bang, Vader is out of my firing arc! 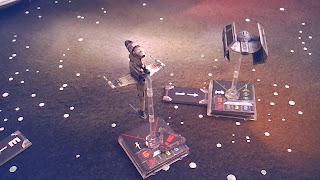 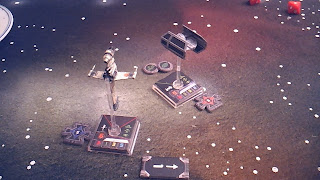 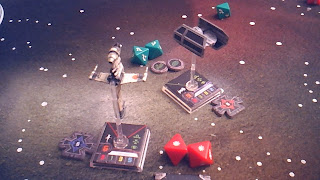 I take yet more damage... 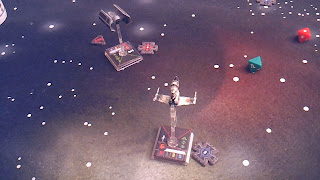 ...but this time Vader has done a K turn, so can't do any actions. So it was just down to the dice rolls. 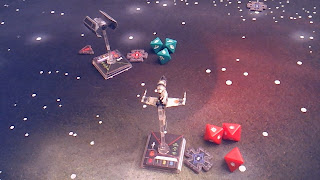 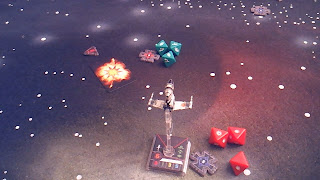 Another great game. Thanks Andrew,