X Wing with Brucie. Game One. 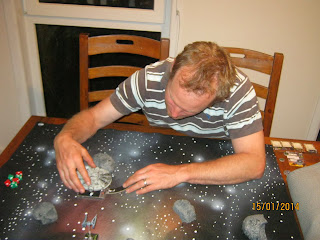 ...for another game of X Wing. This time I thought a 50 point game might be the order of the evening. He chose the Falcon (which he helped pay for!), and I two TIE Is.

I know the asteroids are too big, regulation wise, but they do look cool! 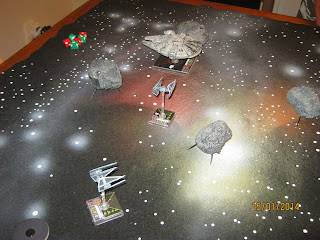 We flew around, taking pot shots, but disaster struck early for me, as Soontir Fel, my hardest hitter (him with Push the Limit is awesome!) flew too close to one of the asteroids, and took a hit for his trouble. 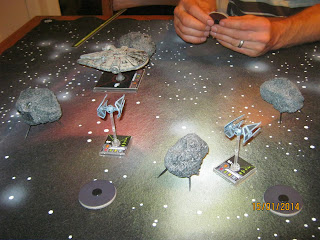 It didn't help my cause that for a good part of the game he was either pointing the wrong way or out of range! 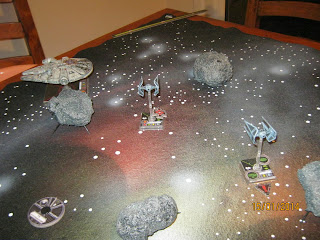 And, seeing as Bruce had a turret weapon... 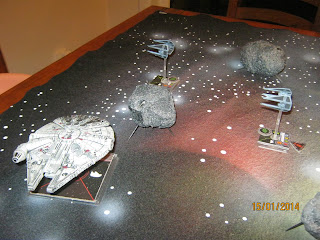 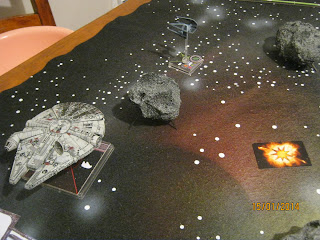 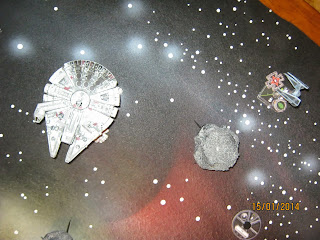 Still, I had stripped his shields, and was starting to chip away at his hull points. If I could just keep hitting him... 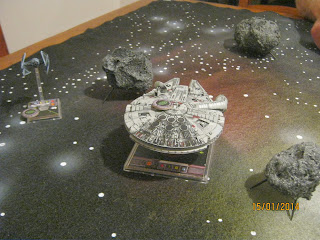 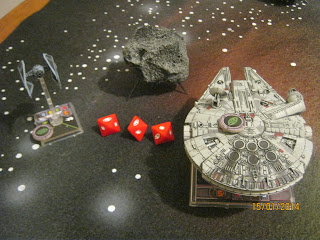 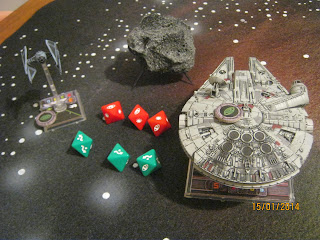 'Course running into him doesn't help my case (you can't shoot at ships you're touching). 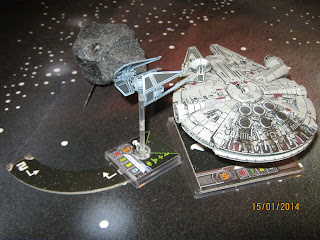 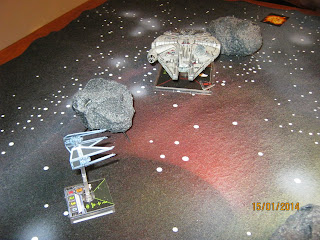 Look. Stop flying into me!

(I had the lower pilot skill, so I moved first, then, well, he flew into me!) 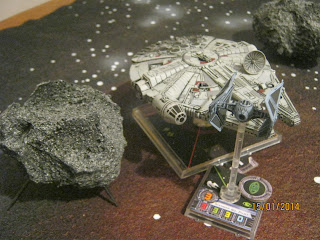 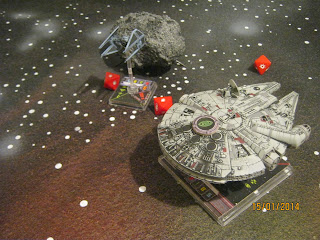 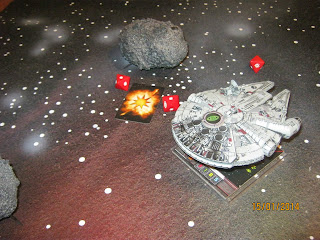 And that was the end of the first game.

Just time for another before he shot home...