vs. Corran, Biggs and a couple of Talas.

And so it came down to it, the last game of the day. I was in the running for...well, nothing actually. Possibly mid field...?

Anyroadup, John and I set up for a joust (lovely paint job on those Space Jesters!), and I thought, well, I thought to try to edge around the flank before we got into range. 'Cept that we were closer than I thought...and once again, Wedge is pointing the wrong way. I really have to stop doing that.

John skillfully maneuvers Biggs into Range 3, so I have to shoot...ineffectively...at him, instead of the likes of Corran. 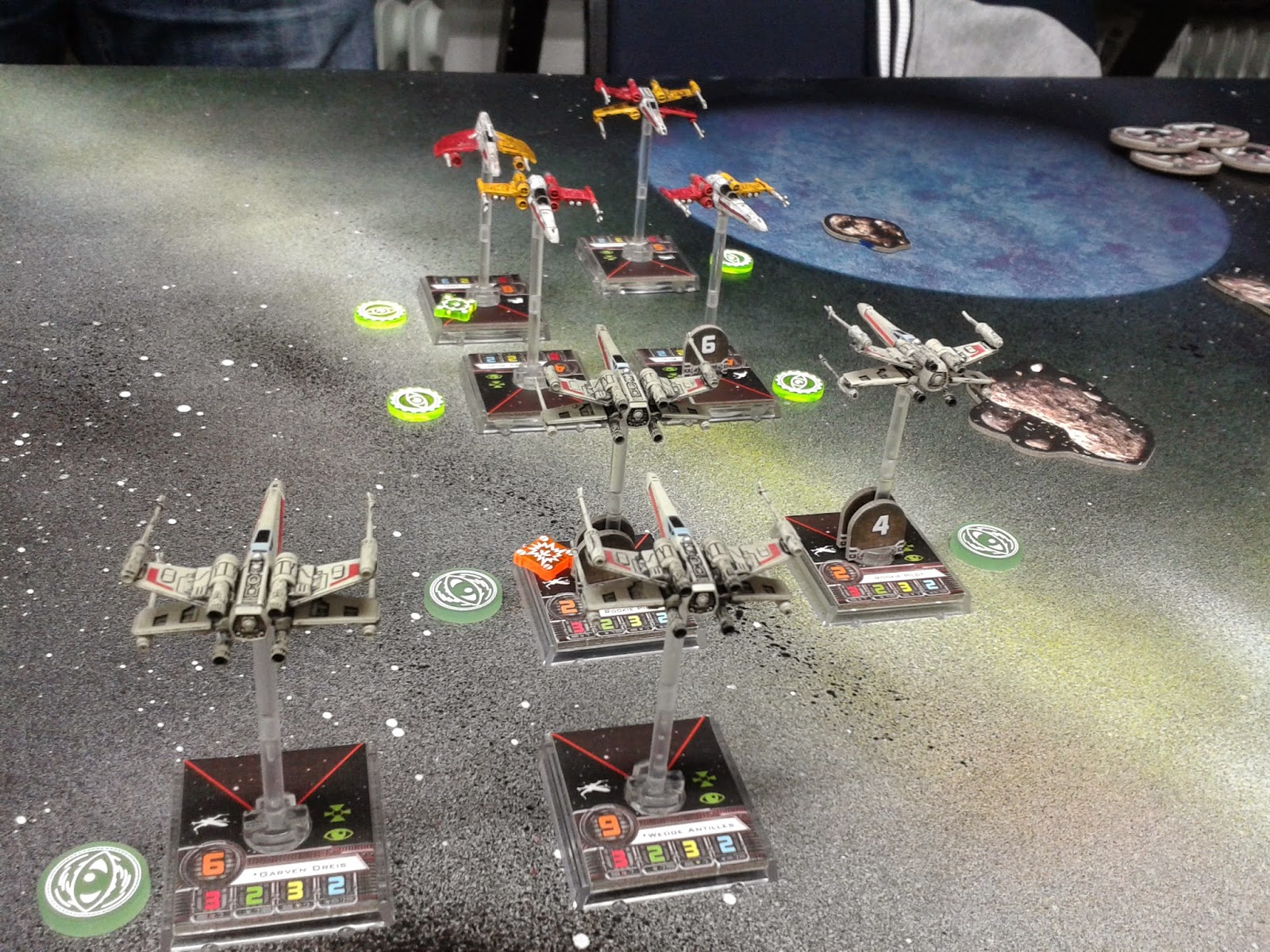 And in the meantime... 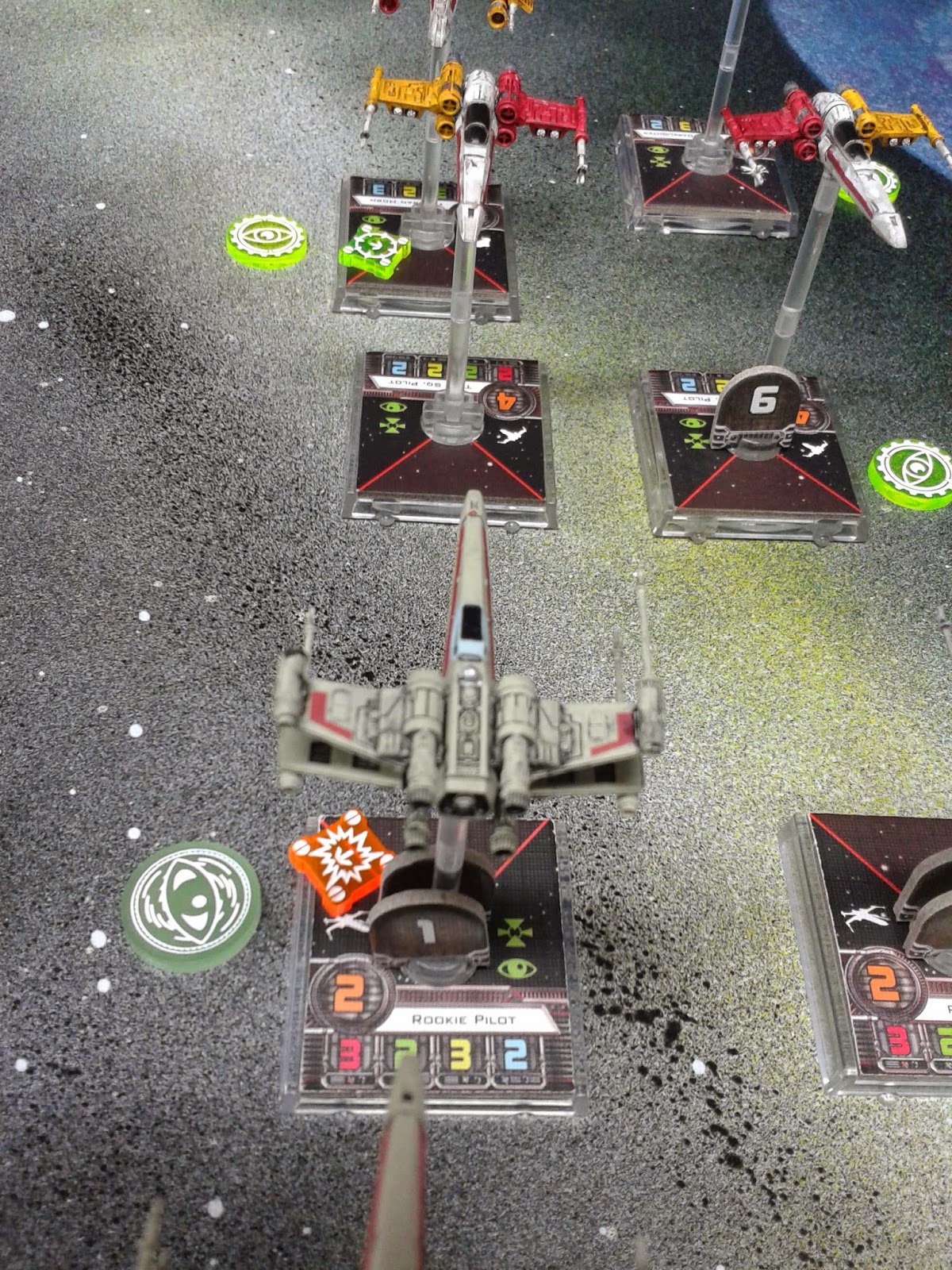 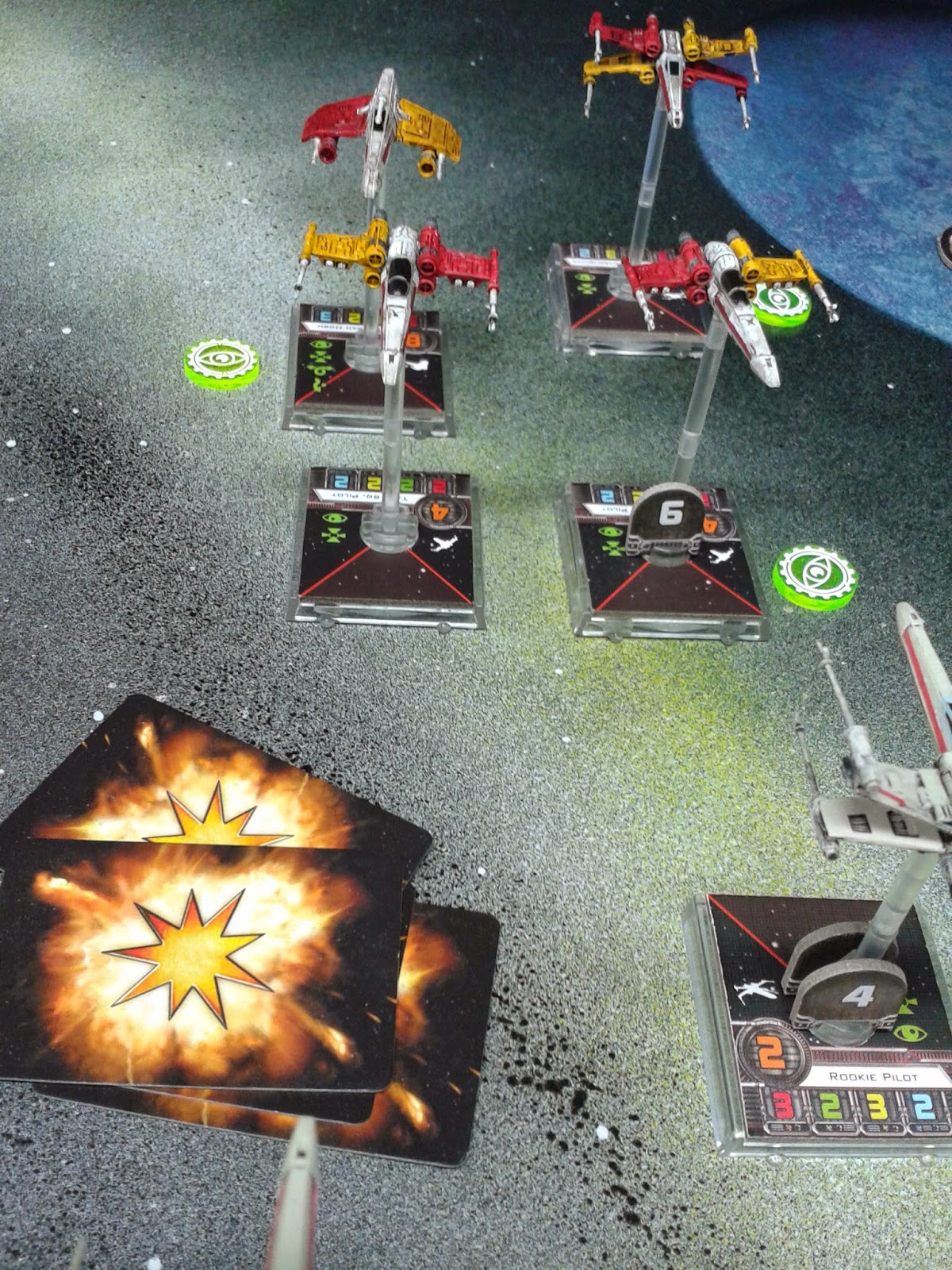 It was then that it occurred to me that Tala Squadron Zeds are a much better deal points wise than Rookie Xs.

And still they come... 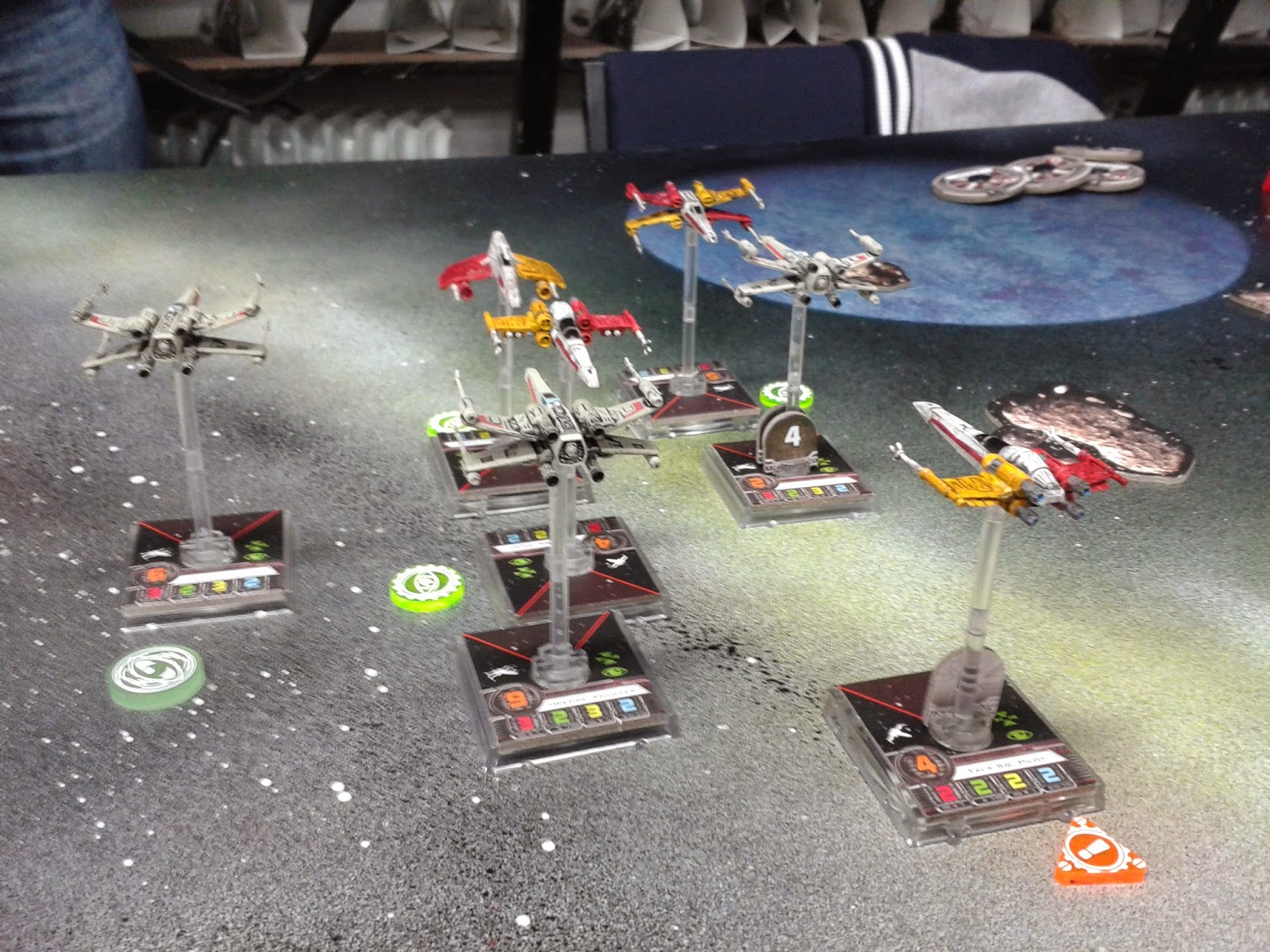 ...blocking Wedge so he couldn't action... 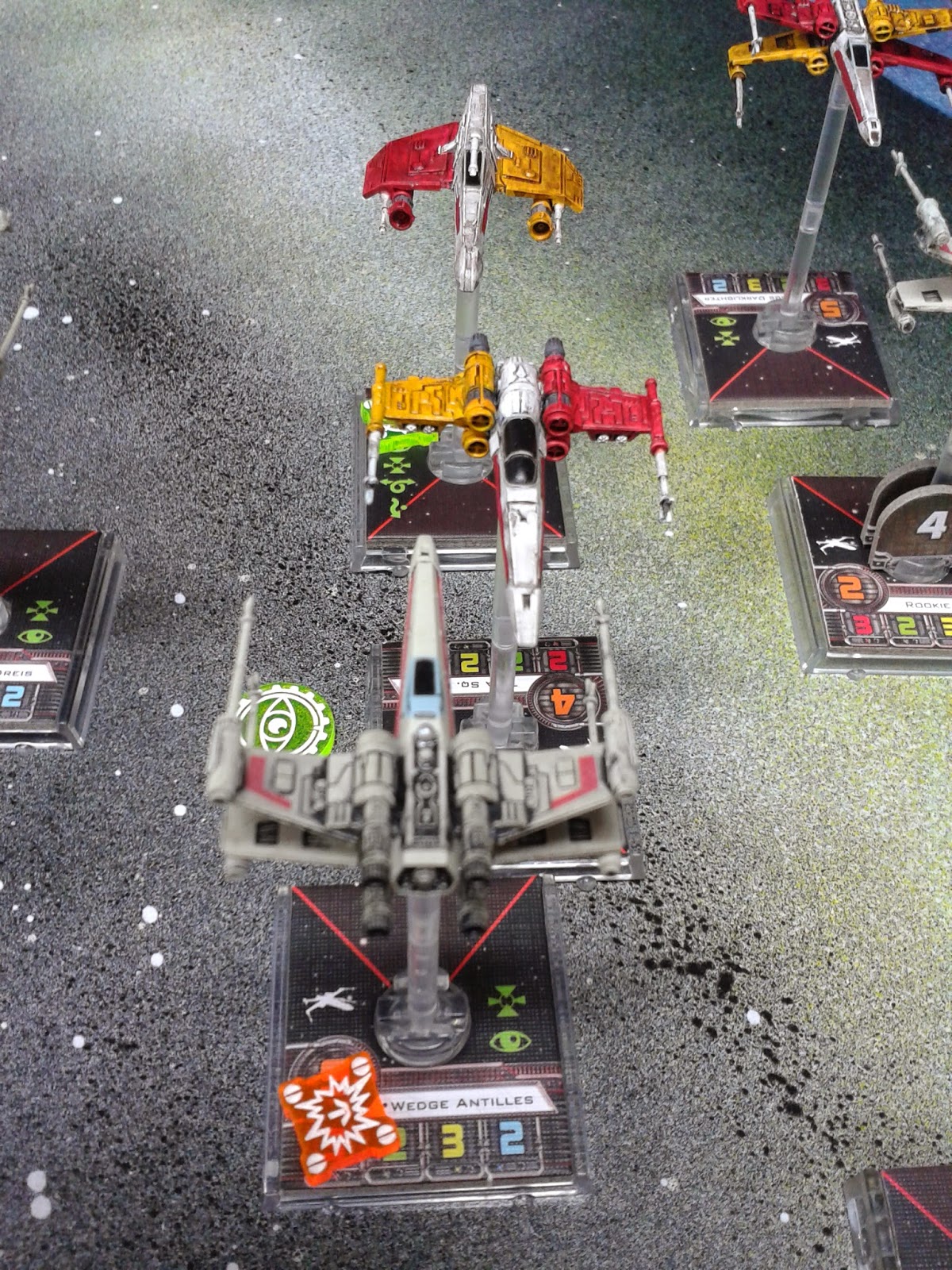 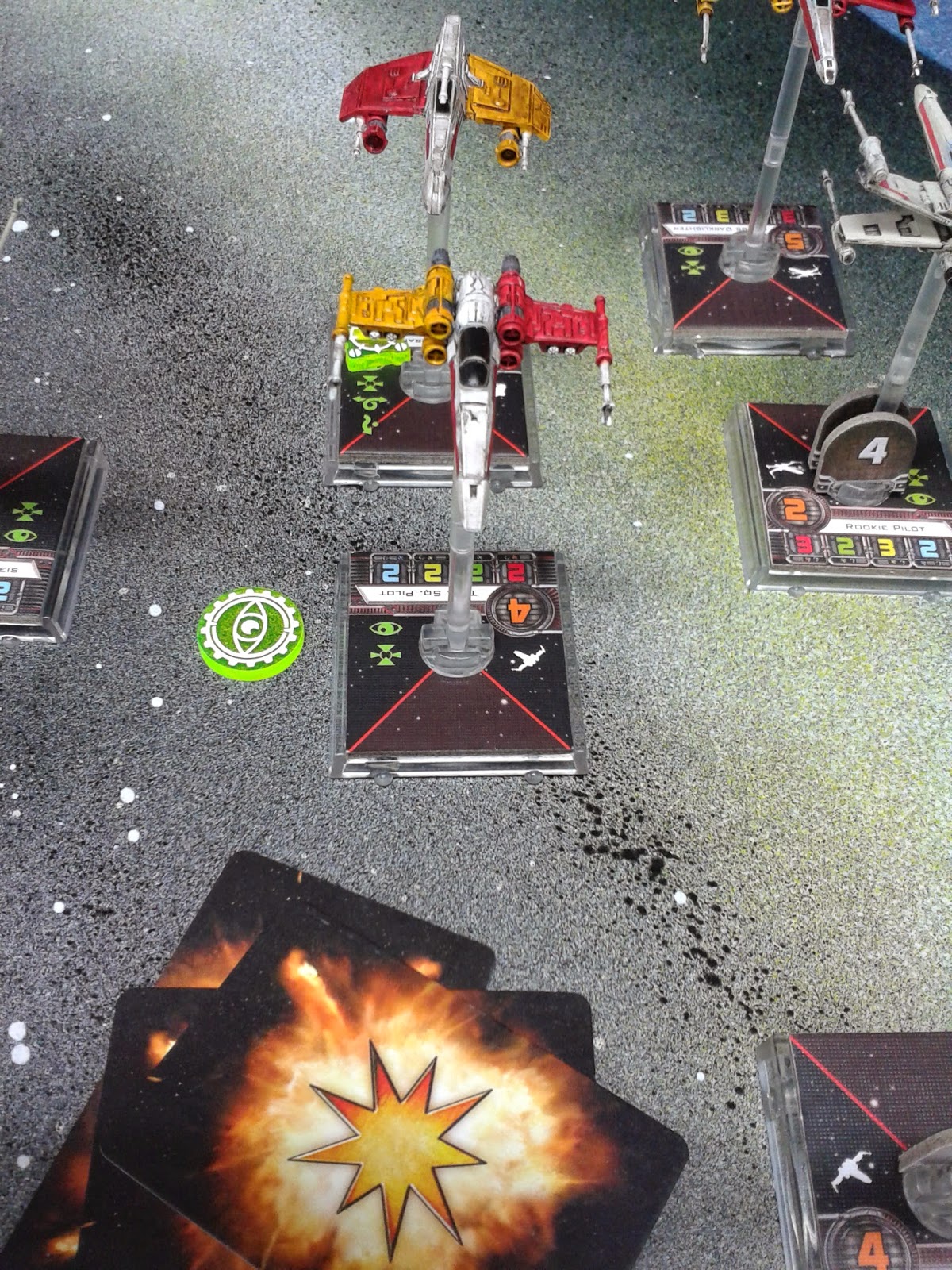 There goes the Antilles. Again.

It got worse. One of the Tala's managed a 3K turn behind Rookie 4... 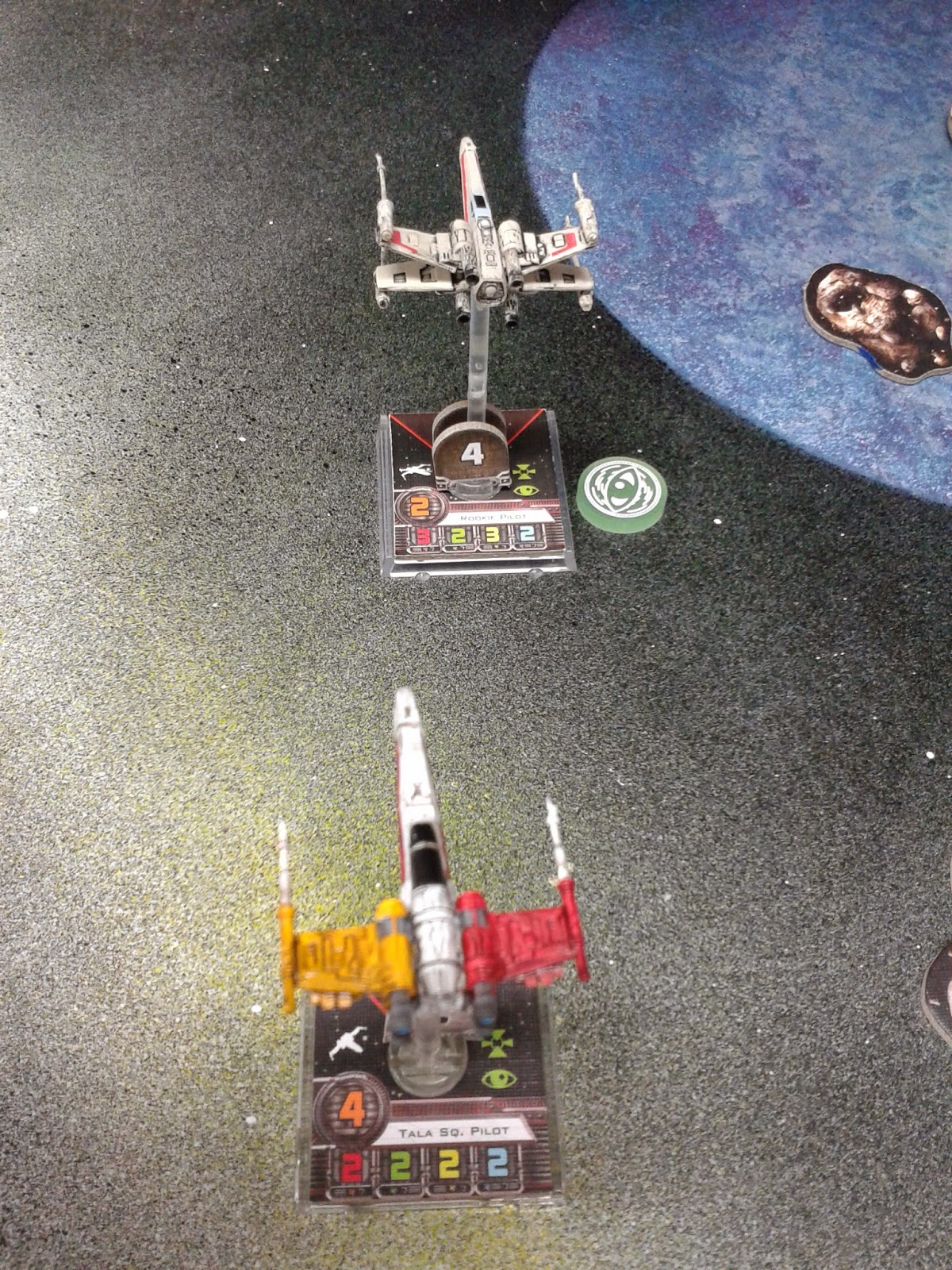 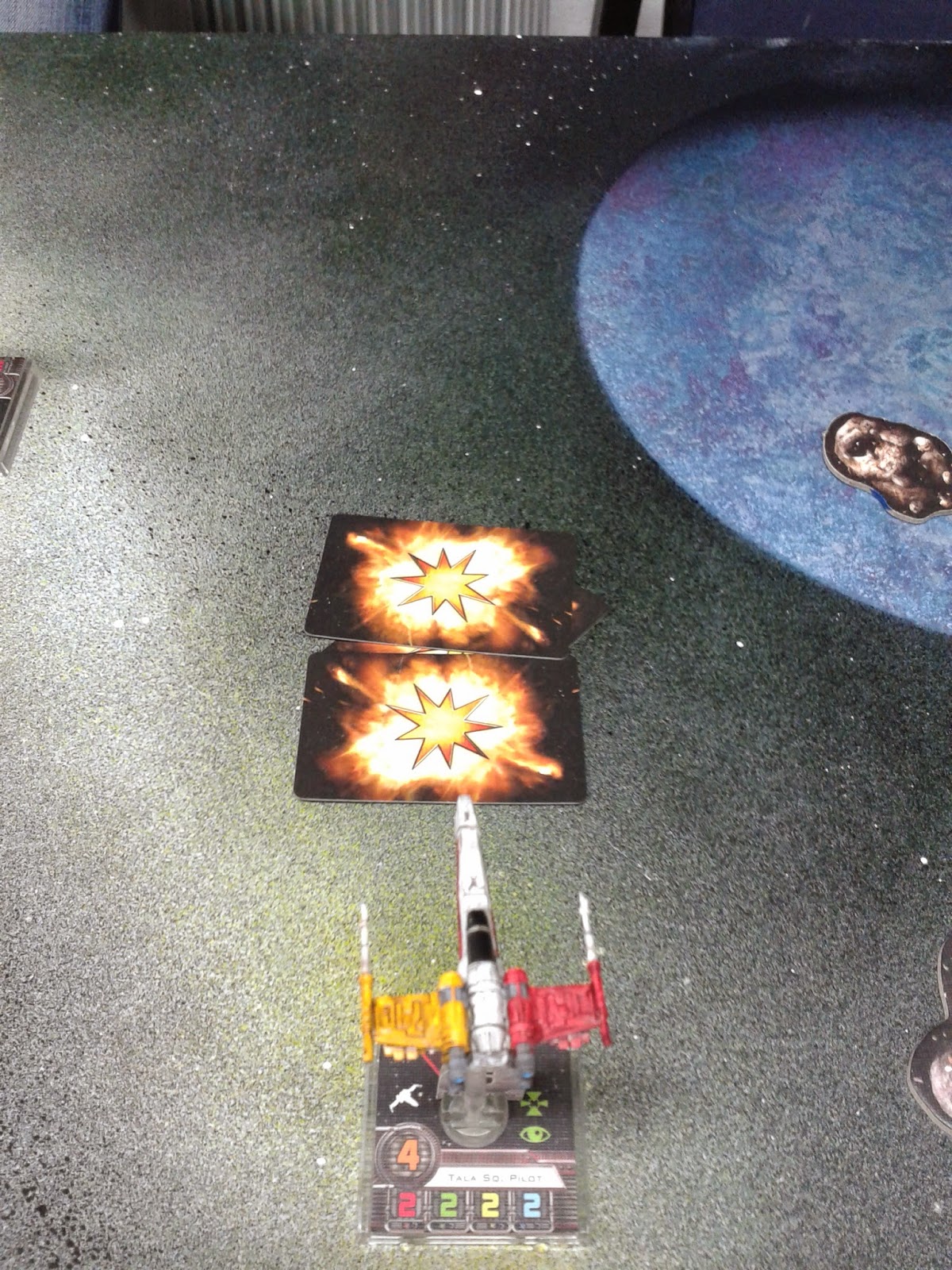 Hmmm, this isn't going quite my way.

Still, at least Garven found himself in a target rich environment! 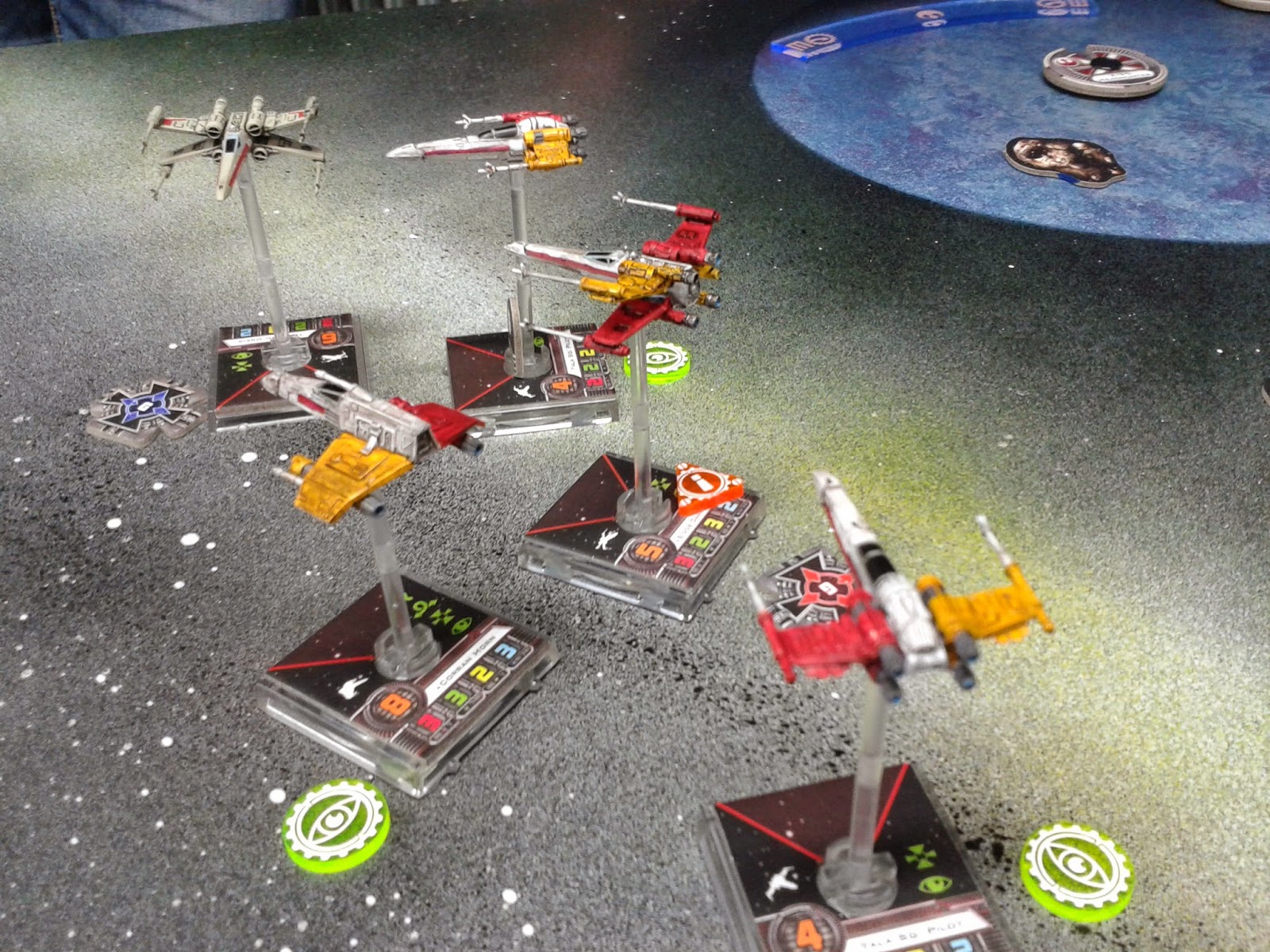 And even though there was no one left to pass his focus on to... 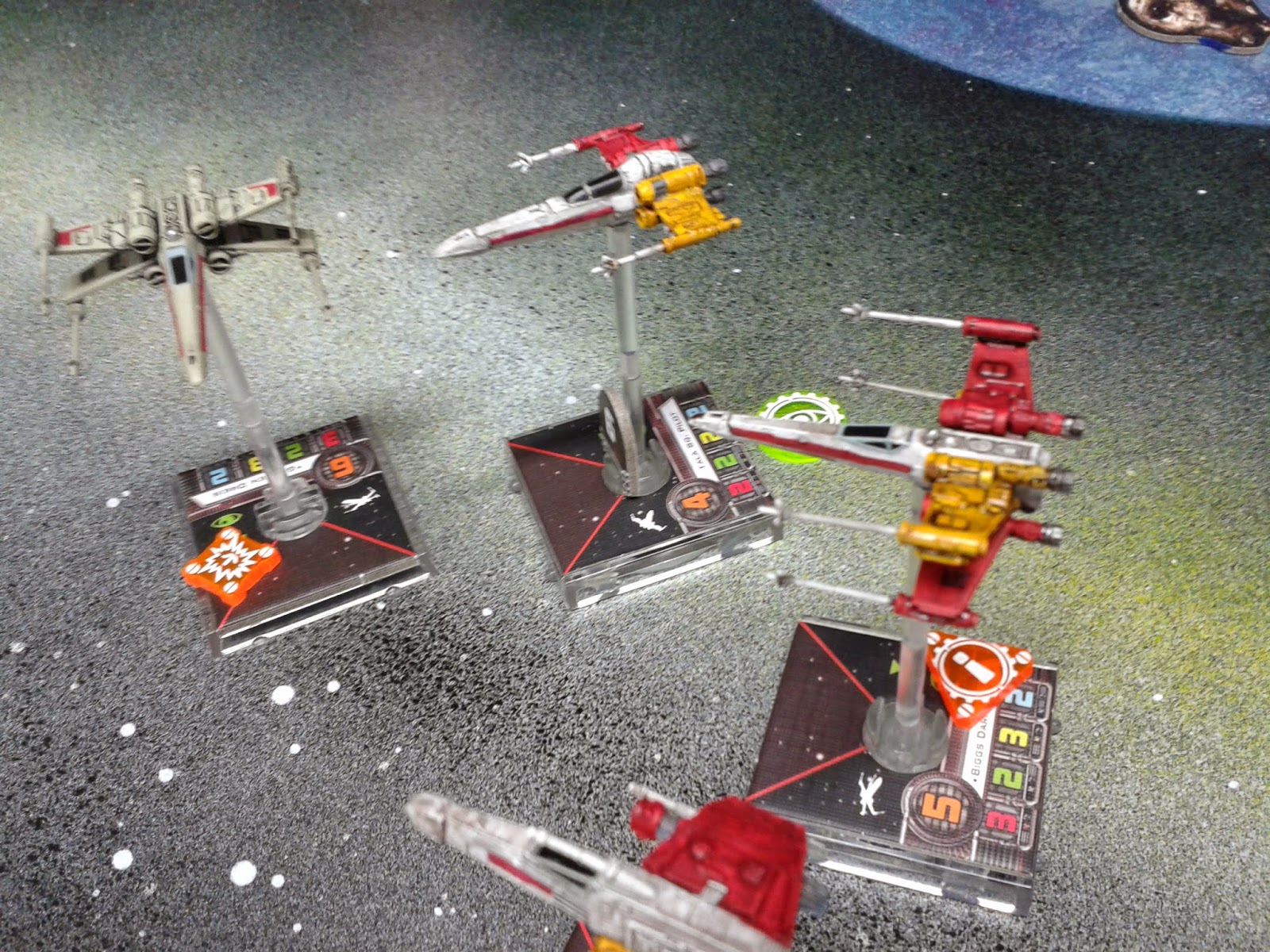 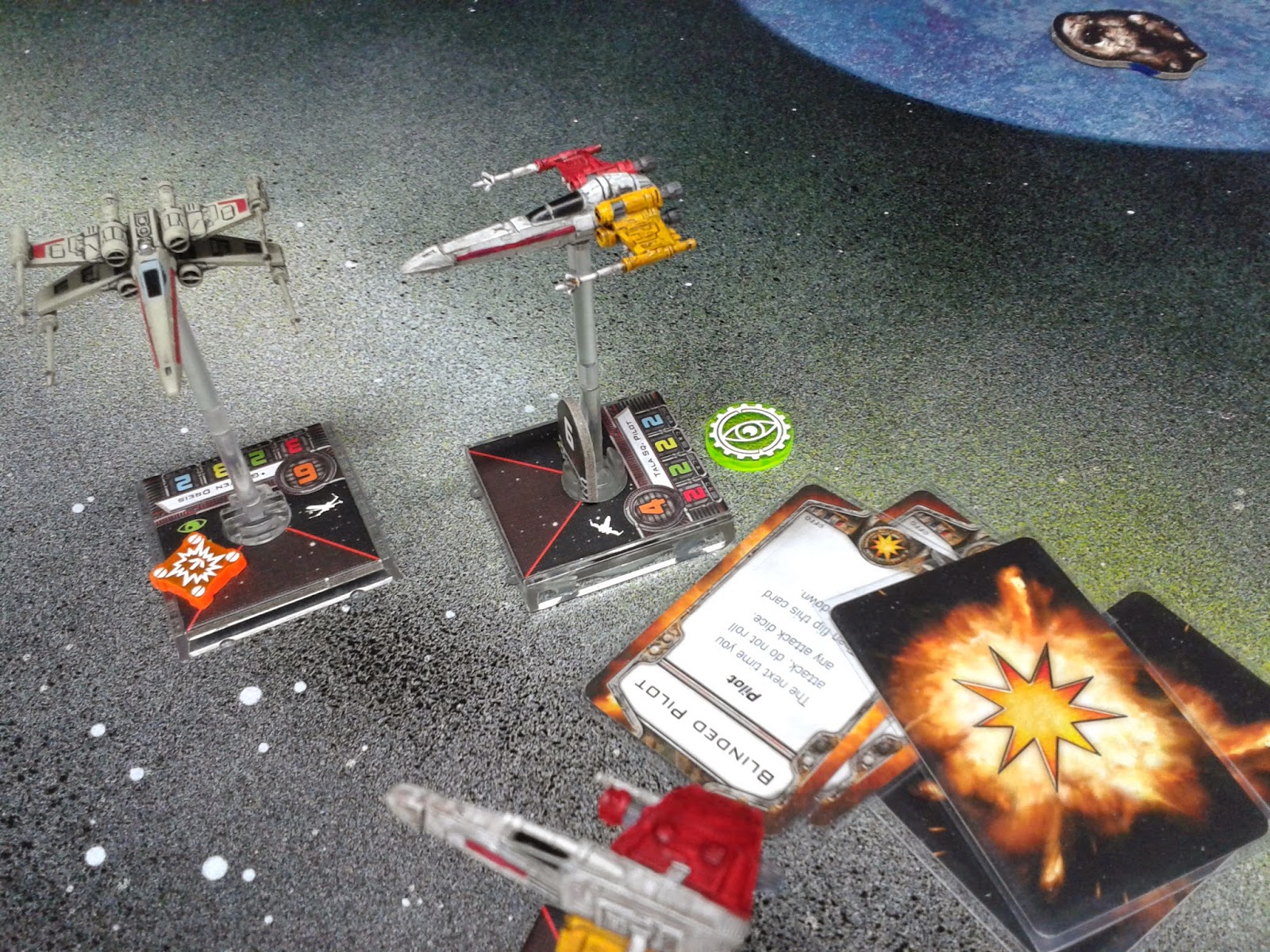 ...he finally managed to take out Biggs. 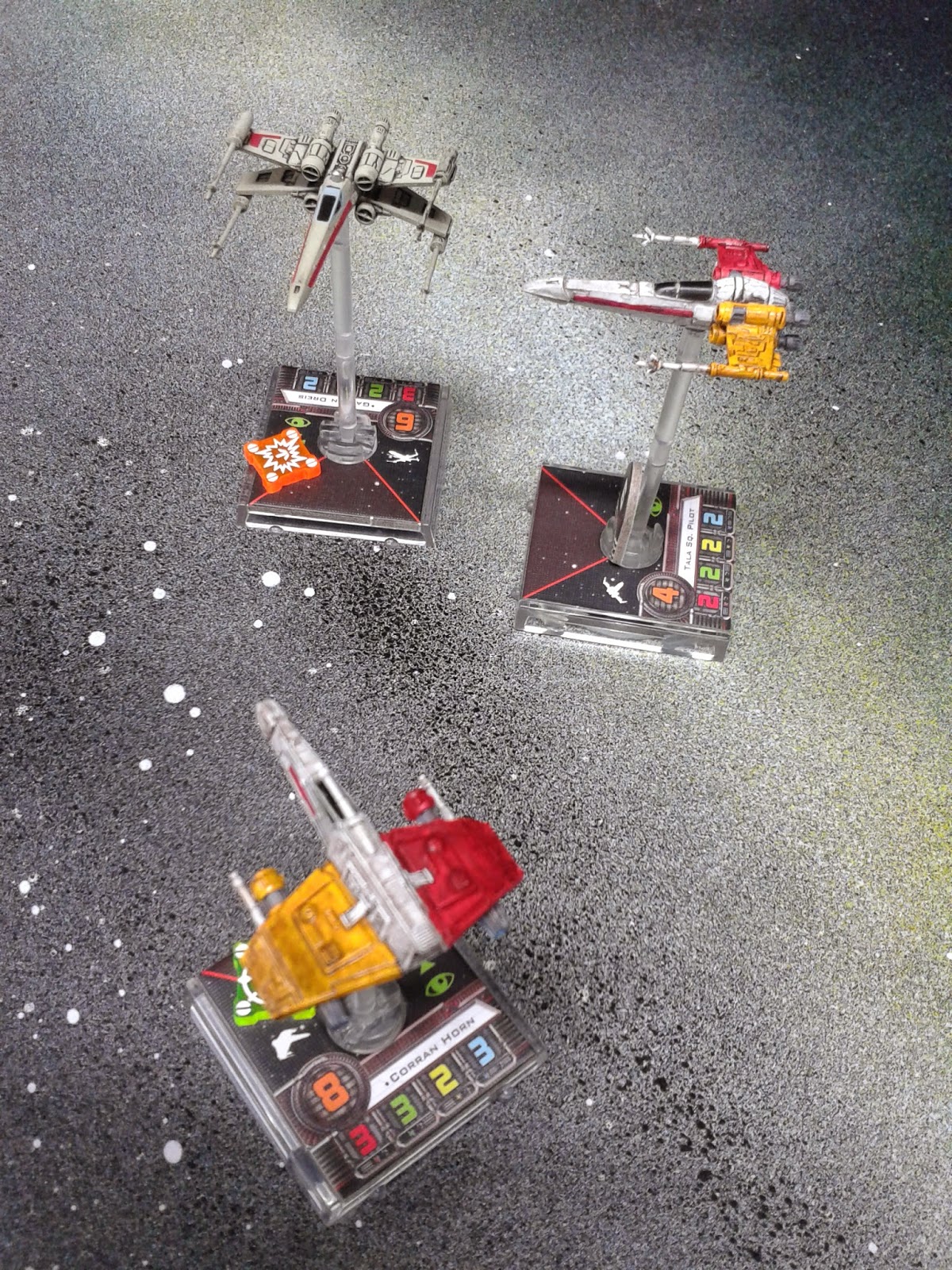 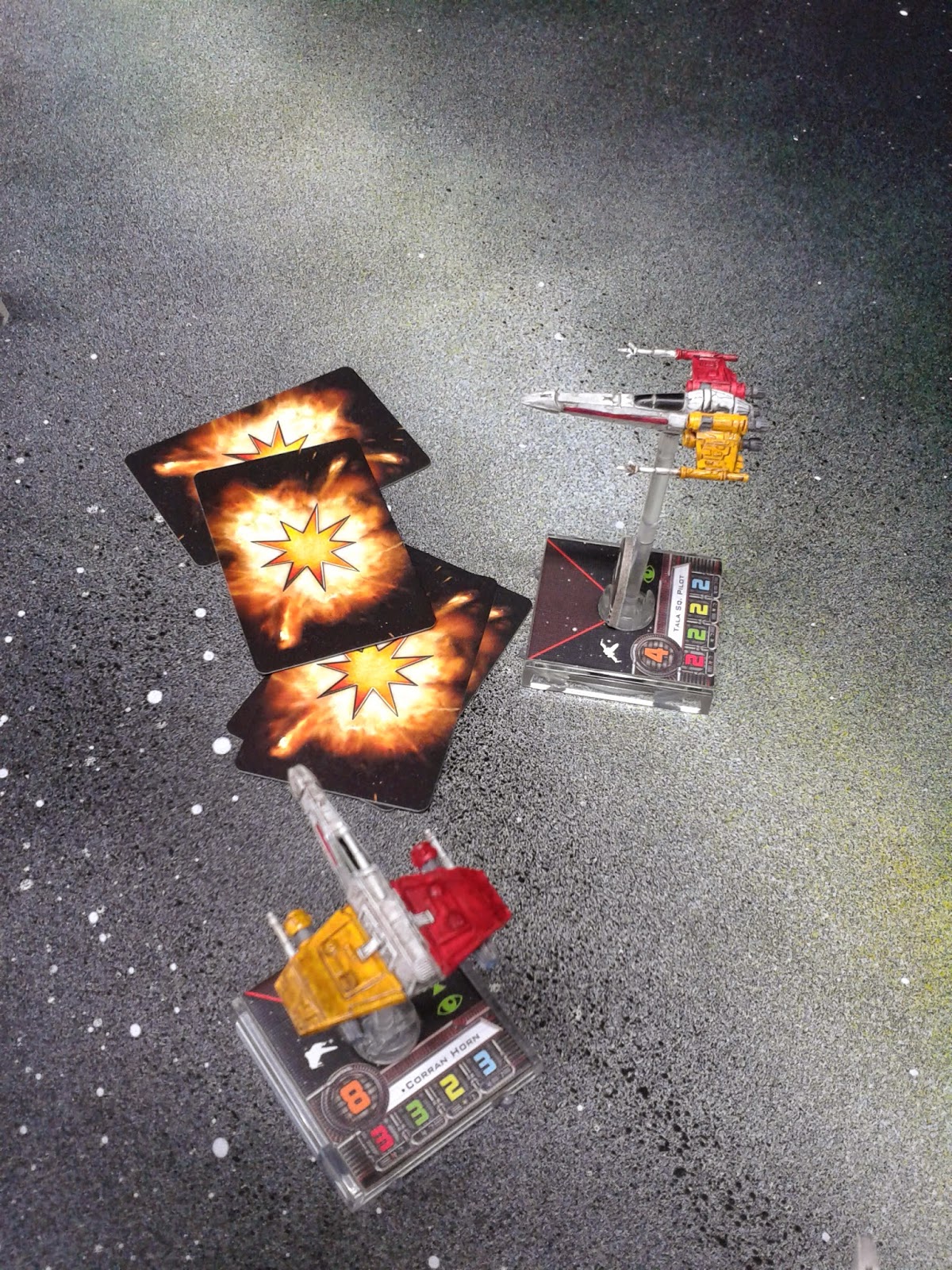 ...Corren double tapped...and that was the end of that.

Very well played John, you have inspired me to fly a Biggs of my own. Can anyone say "Three Amigo's"?

In the end I ended up at the top of the bottom third. With a HWK-90 and a free dice bag that Tim so very generously passed on to me. That'll be great for my Edge of the Empire dice I ordered. Once they get here. (I'm such a FFG Fanboy!)

And a good time was had by all!

Cheers for the games boys,