vs. a Doom Shuttle, Soontir and 'his mate.

Right my third game (fourth, if you count the bye...which Chris did, so I was sent up to the big boys' tables. Don't ask me how that works...but it put me in the right place at the right time - thanks for the Hawk Chris!) pit my X Wings against a big o' whale that they could catch, and a couple of interceptors that they couldn't.

First round of shooting and Soontir brushes off Wedges' advances, thanks to his Stealth Device. And being at Range 3.

I'm not so sure Wedge was able to reciprocate... Although I think I did manage to strip 'is mate's SD and scored a hit, so at least he ran away.

In the meantime, I stay in attack formation, as Vader hoves into range. 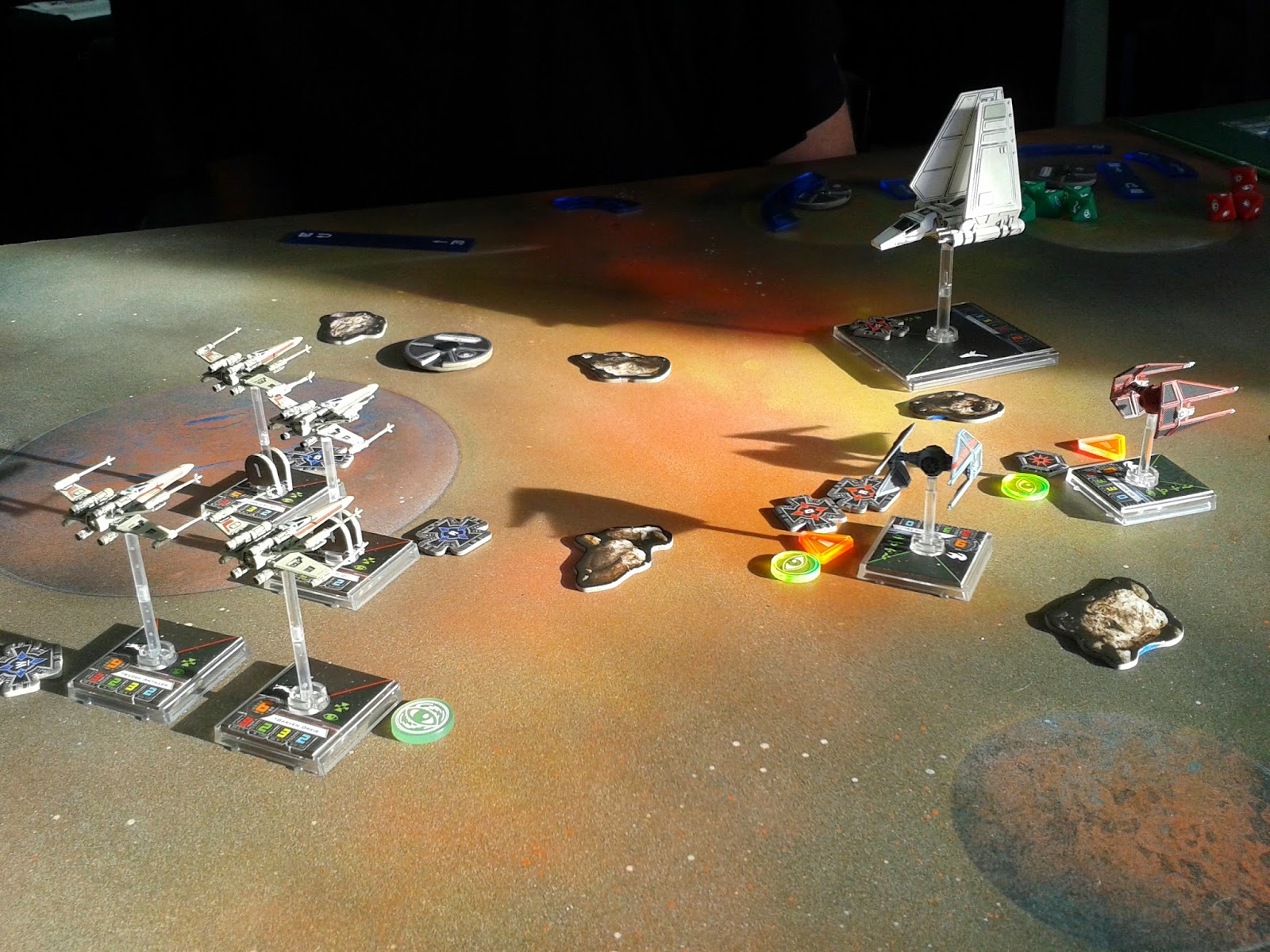 The Shuttle takes a few chunks off Rookie 4, then Vader eyes up the same unfortunate chap, and... 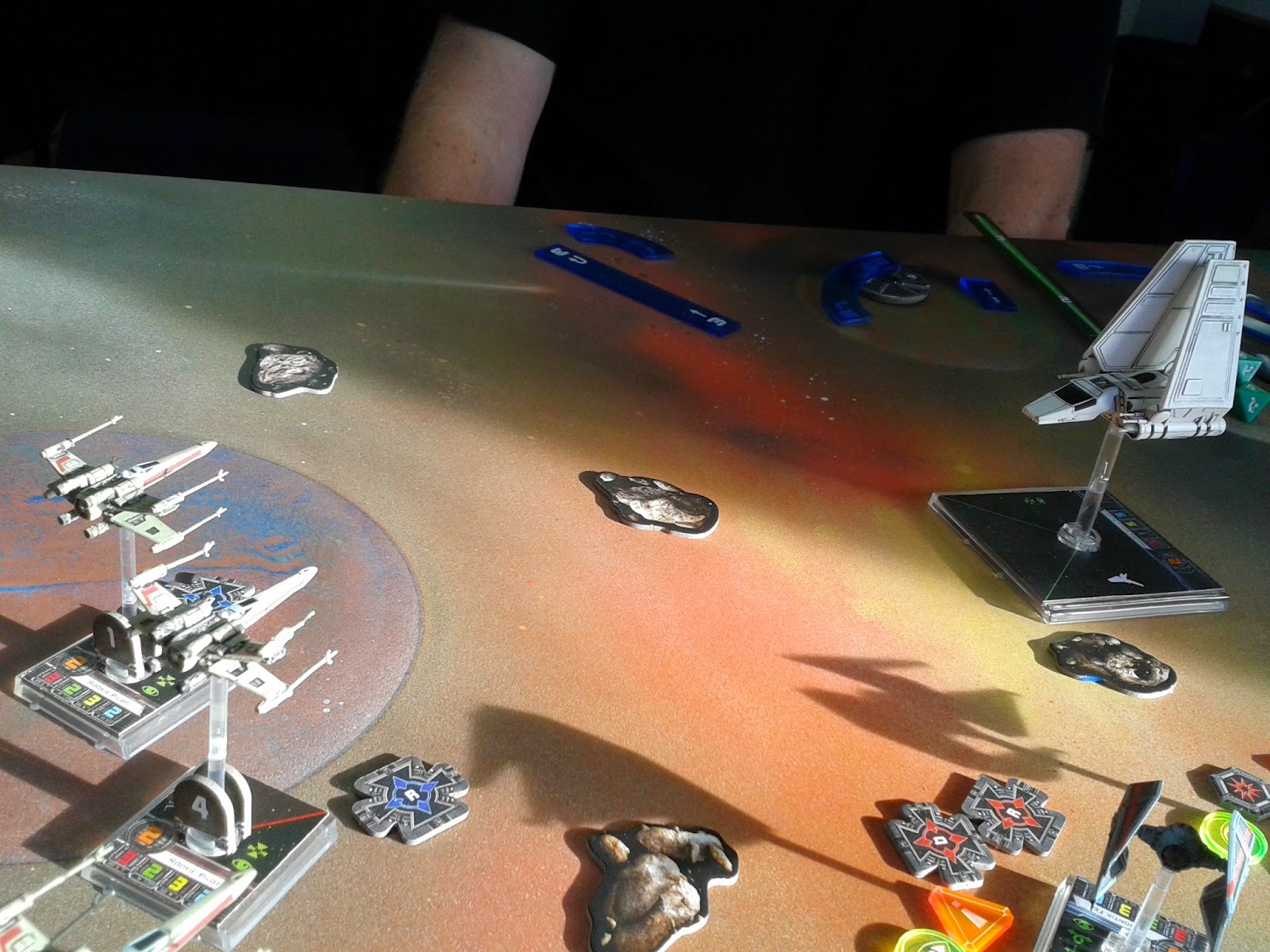 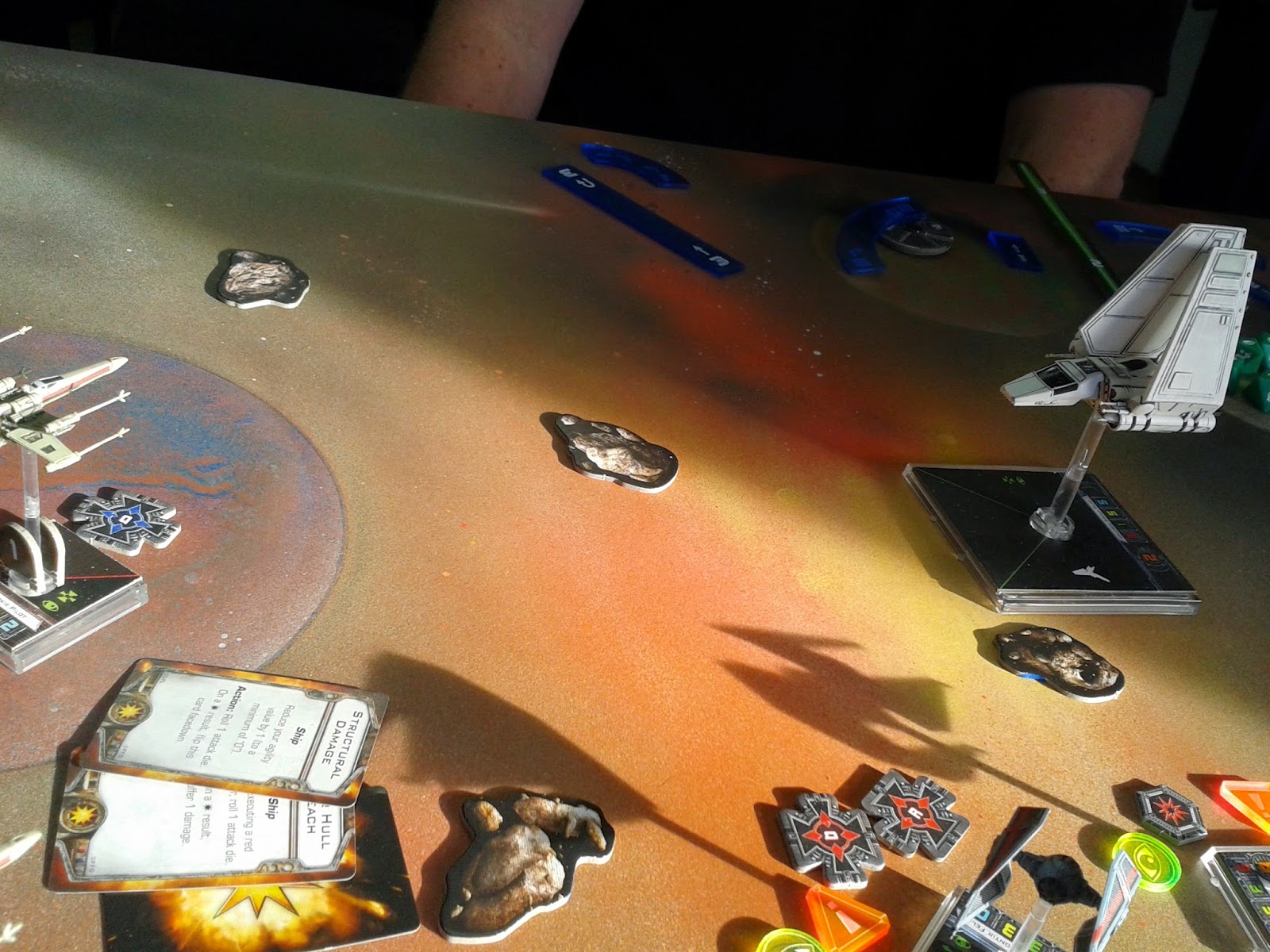 So next turn, while Soontir sits on a rock, I fly in to finish off the Shuttle... 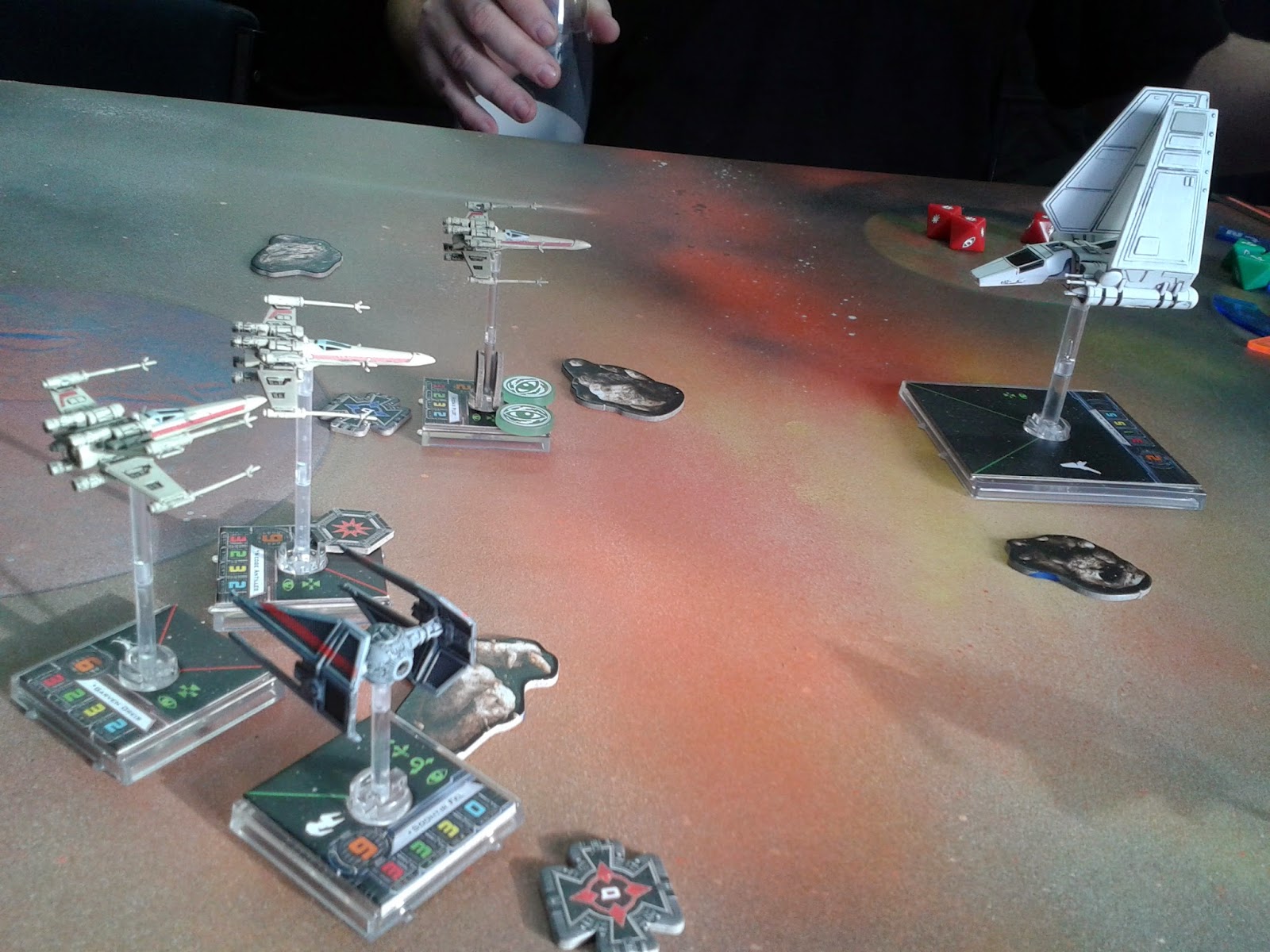 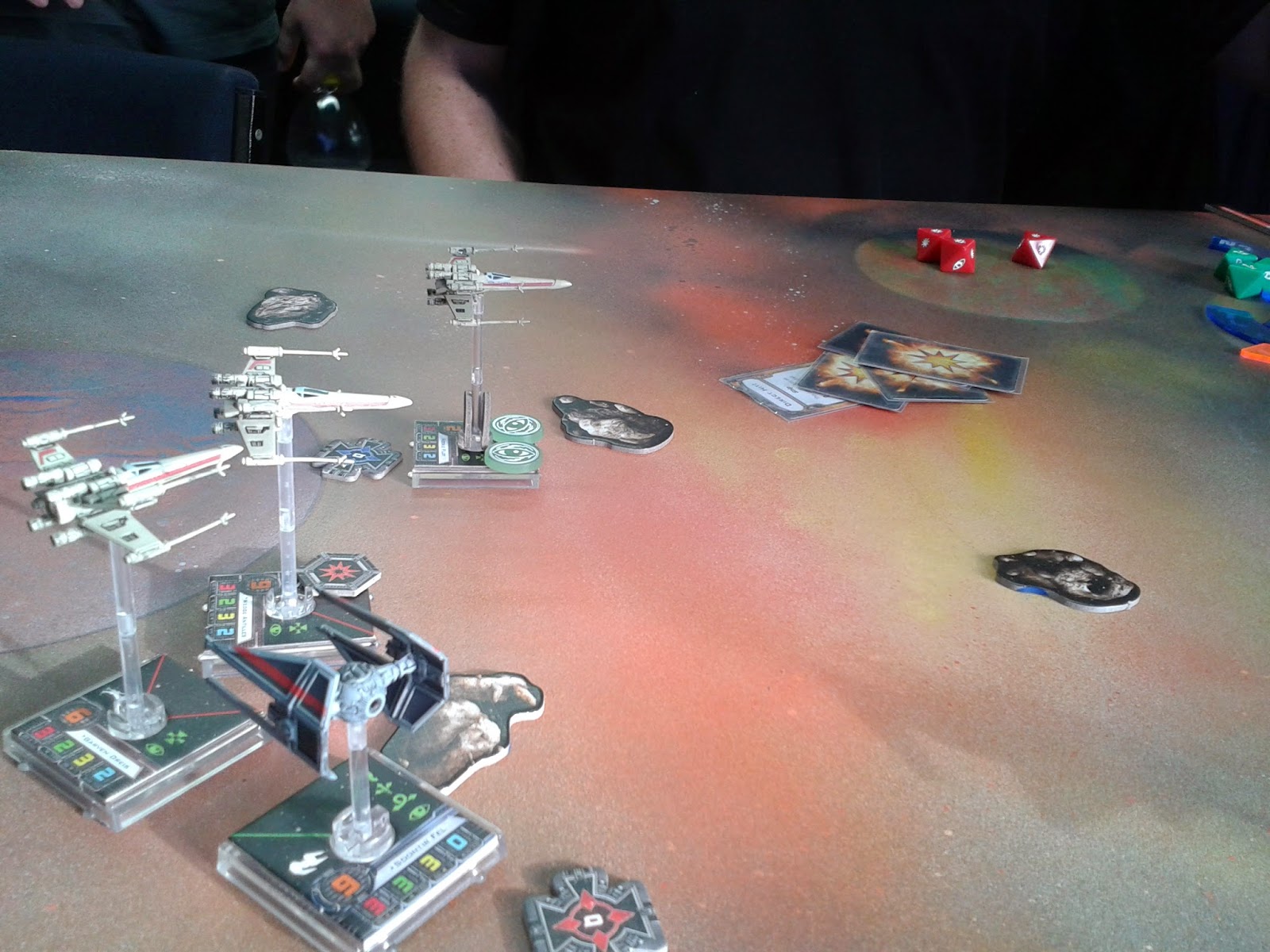 ...and Vader does it for me! For the cost of a crit on Wedge, if I remember rightly.

Next turn Wedge shakes off the crit (one of those 'turn over this crit as an action' cards. Can't remember which), but all of my boys end up facing the wrong way.

So does Soontir, thankfully, though 'is mate was able to take shots at Garvin. 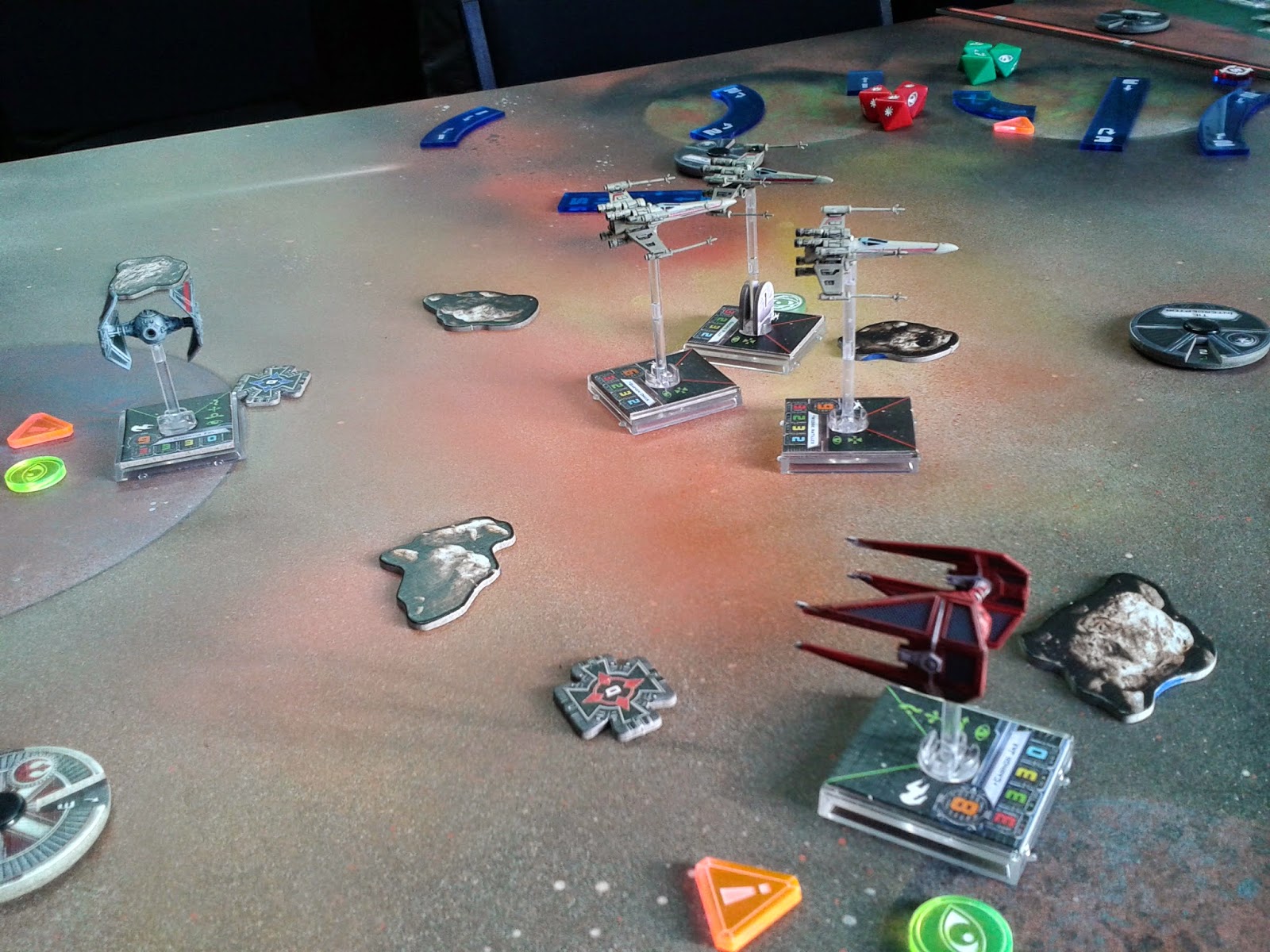 Next round and Garvin and Soontir zip by each other like ships in the night. Rookie 1 ends up in a compromising position, but... 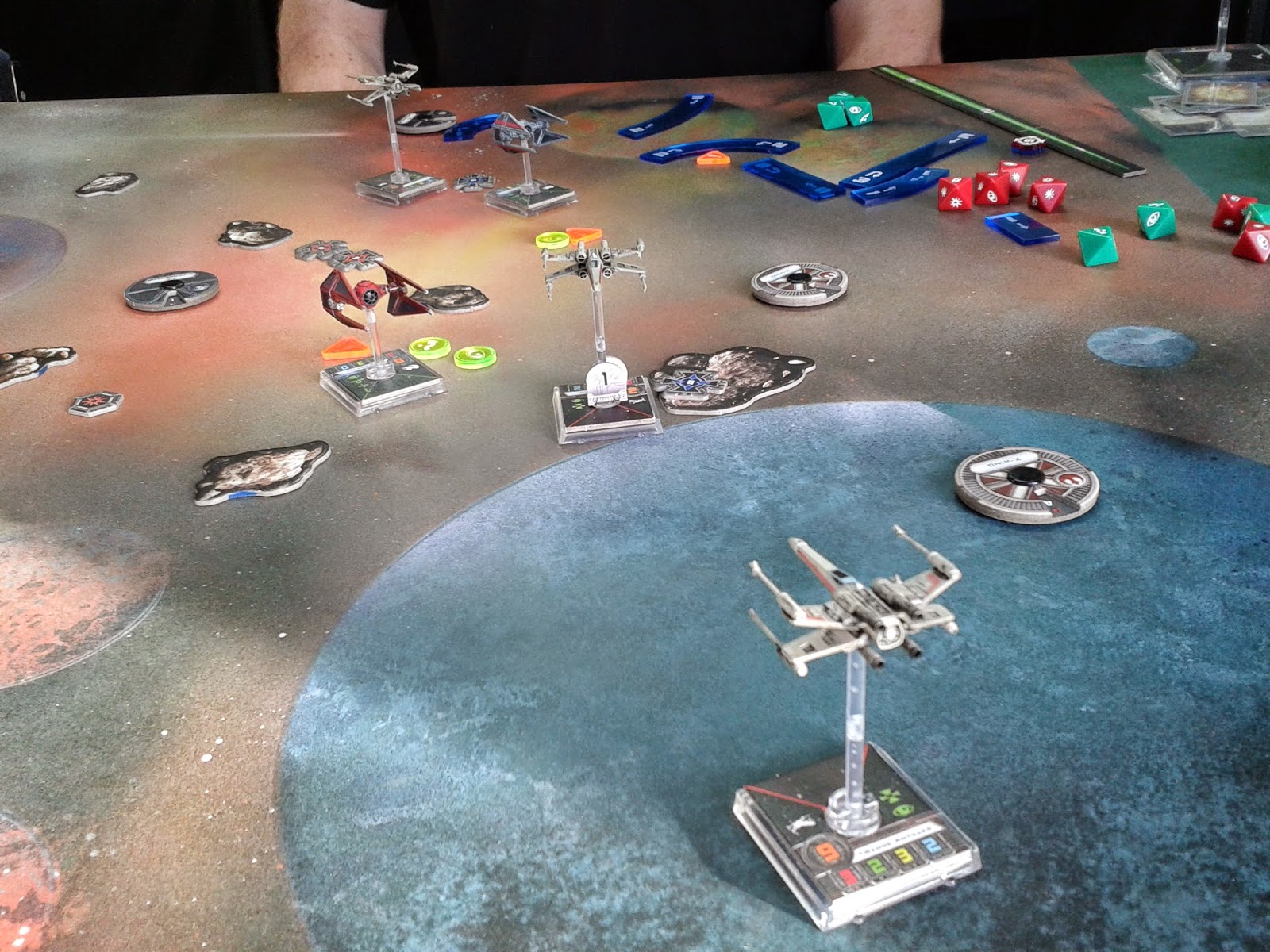 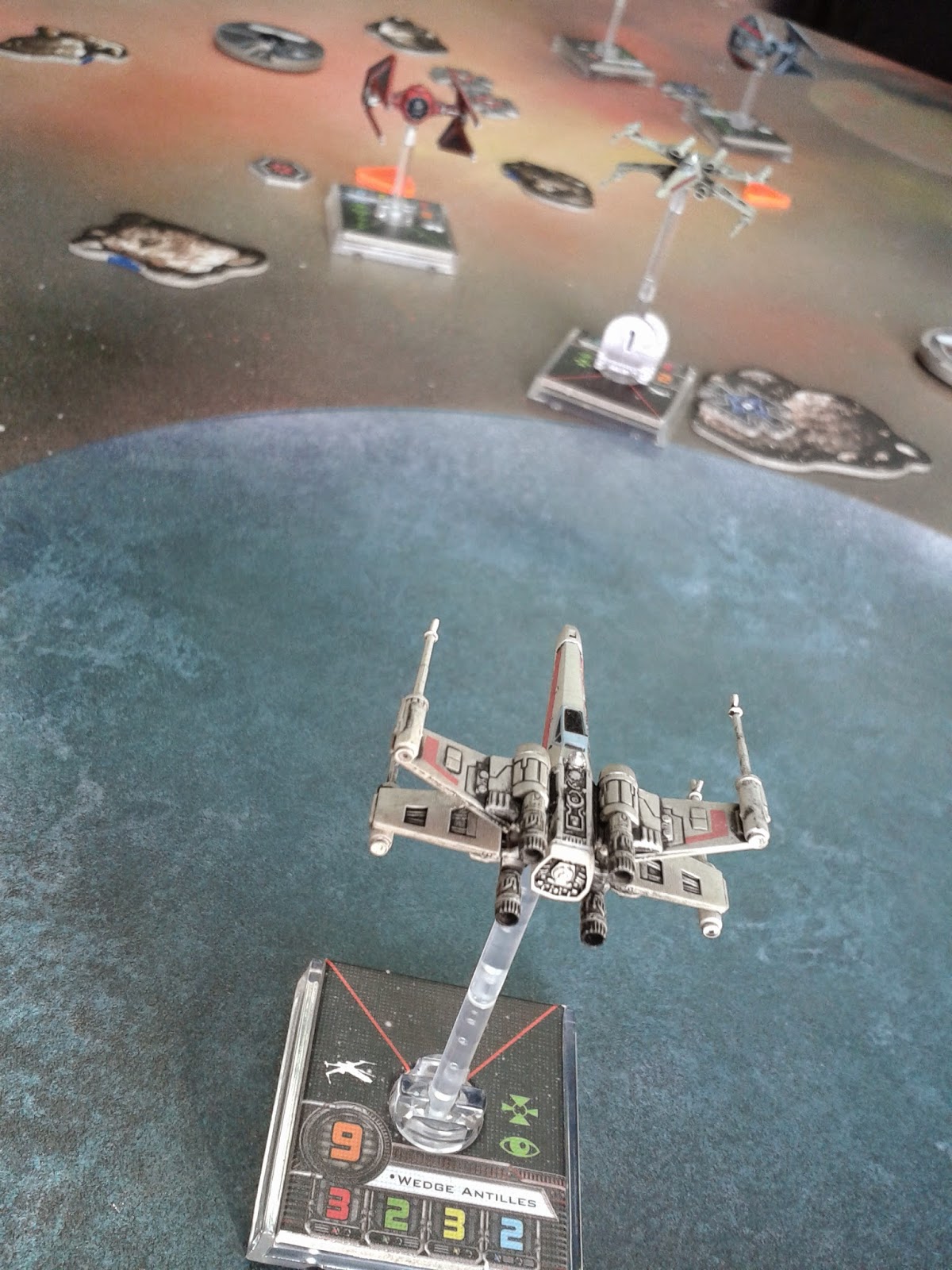 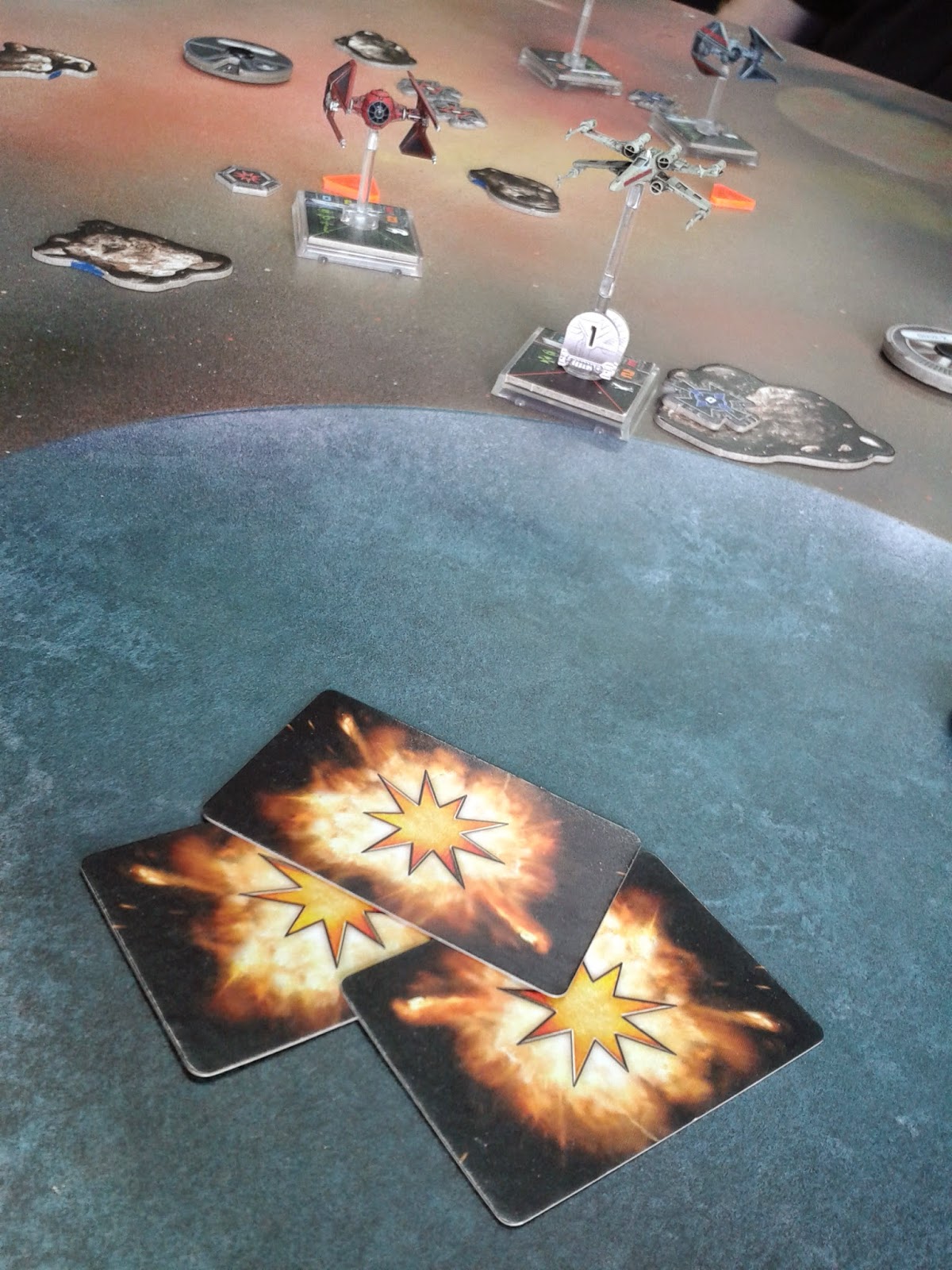 ...it was Wedge that came off second best.

And then for the rest of the game I was trying to catch the Interceptors, and Damon kept arc dodging. 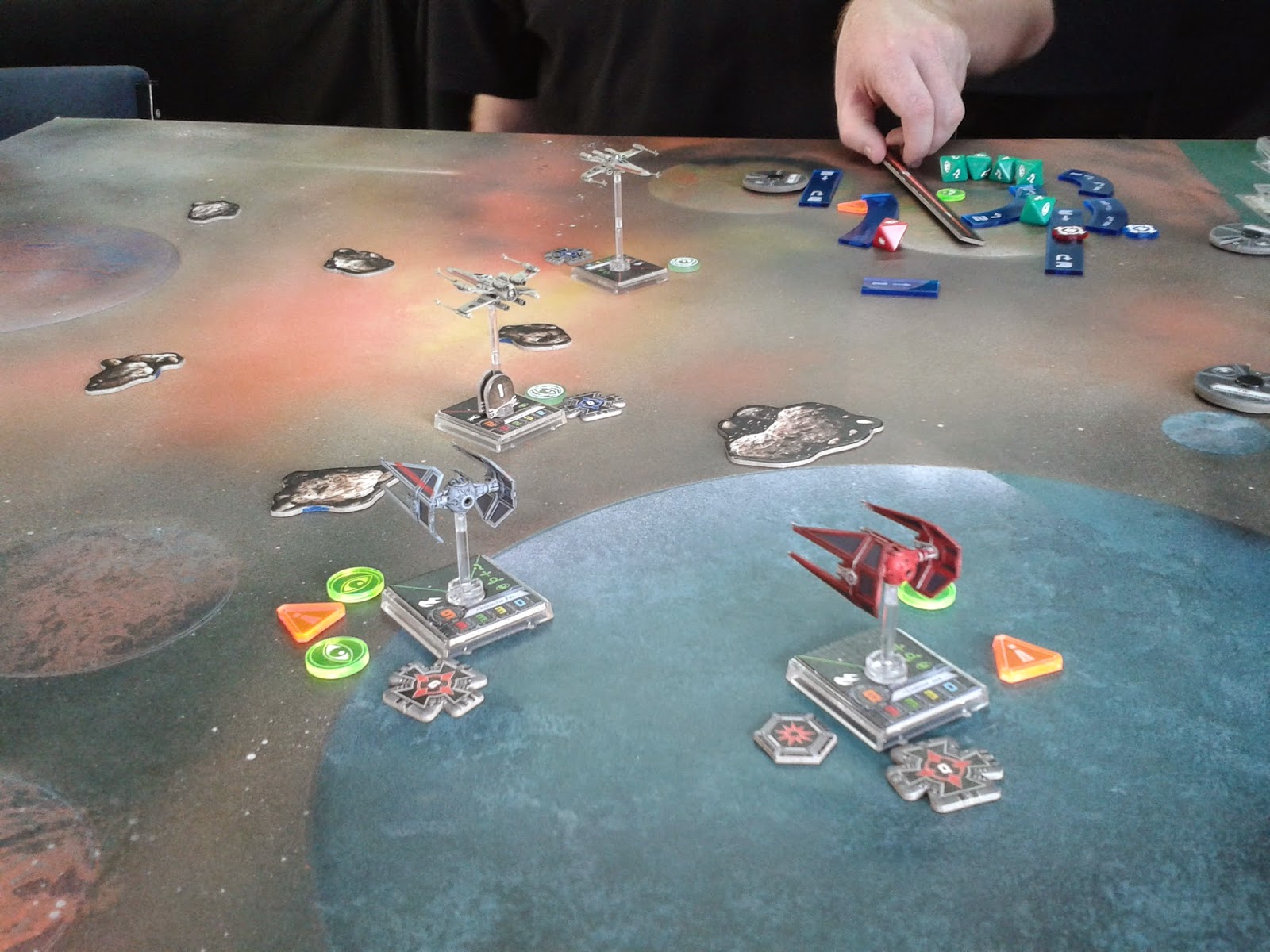