Vs. Scott and his Defenders

I know I've still got three more games yet to post from the Another Road to the Regionals event (last week got surprisingly busy), but, well...here's my first game from the South Island Regionals!

I thought to try a really fat Decimator and a nimble Tie Interceptor, so... 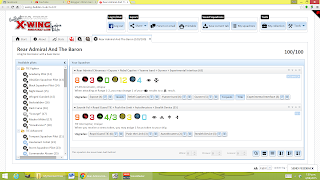 My first game was against Scott, whom I hadn't played against for a while. He rocked out two Tie Defenders (Rexler Brath and Colonel Vessery) with Heavy Laser Cannons, and an Academy Tie.

So we set up either side of the board, with me off to one side - I didn't want to joust with those HLCs! I send Soontir out to the flank... 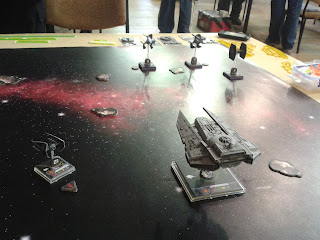 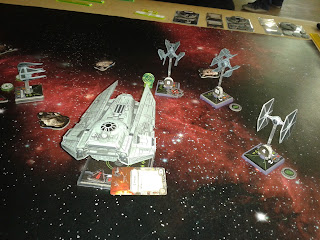 I think that's the first time I've tried that and it's actually worked!

The boys concentrate on Rexler Brath but not before the Defenders had taken huge chunks out of the Decimator! I was down to half health by this point! 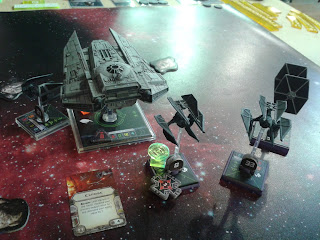 ...Expose with Target Lock thanks to Experimental Interface... 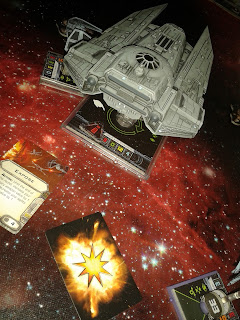 ...equals one blowed up Rexler!

Needing to shed stress, the Rear Admiral sails on into the distance, leaving Soontir to try to duke it out with the Coronel. 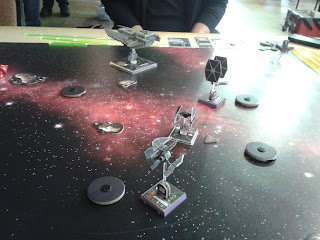 Soontir tries to hide behind a rock, but the Academy still gets in a shot. 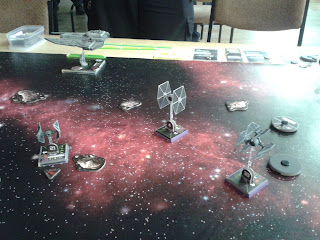 Next bound and Soontir rounds the 'roid to and enters back into the fray. 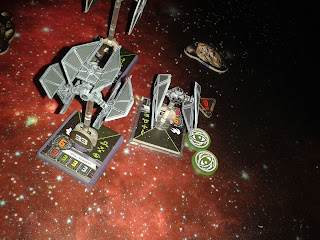 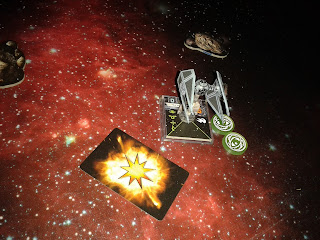 Not so sure the Colonel was best pleased with that!

At that point Scott conceded, acknowledging that one Academy Tie against a souped up Soontir and a decked out Decimator...well...you know!

Cheers Scott, it was a fun game,