Another Road to the Regionals, Game 1, Vs. Chris

Yesterday was the last Road to the Regionals event, hosted by Chris at The Wizard's Retreat, before, well, the Regionals next weekend. Who happened to be my first opponent. (Thoughtful chap was stepping in to make sure no one - me, I guess - would have had a by. Bye? (Chis would have been quite happy with a buy!)

Anyway, I rocked along with a Barron and a Bounty Hunter list, since I hadn't played with my Firespray for a while, and I'd just got the Auto Thrusters card with my Star Viper...which had just been purchased from Chris, as it happened. With a gift certificate from the last event. Which was sponsored by...Chris! 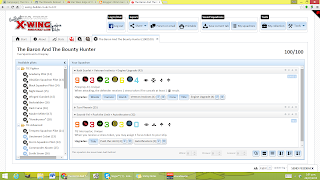 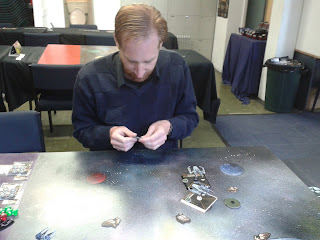 And so Chris brought out his Bro Bots. 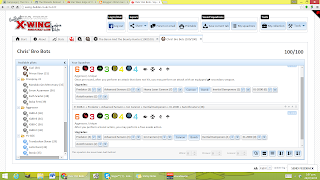 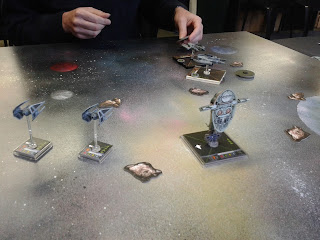 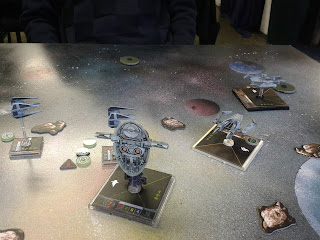 I'm pretty sure that by this point I had whittled down IG88-B to one hull. 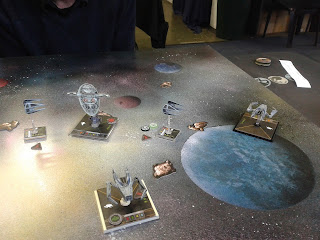 Segnor loops, a thing of beauty! 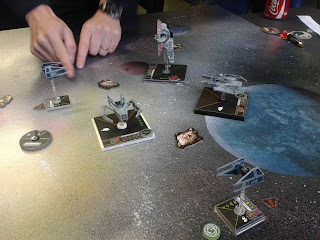 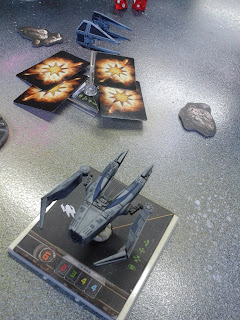 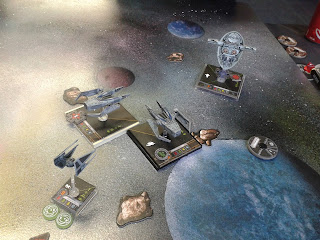 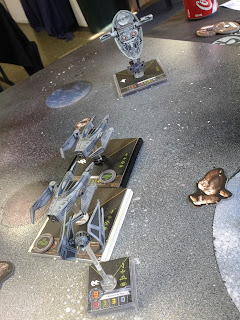 It was at about this point that Kath was down to one hull. 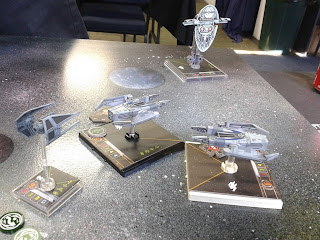 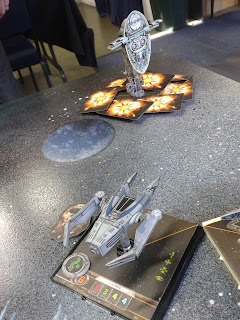 Soontir tries to barrel roll behind an asteroid...to no effect. He was still in arc of 'B. 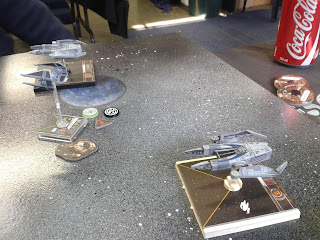 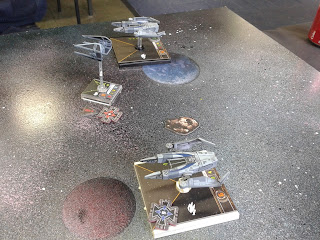 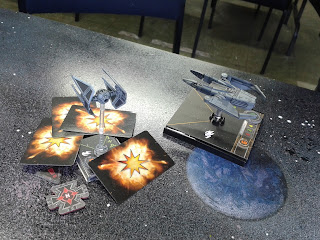 Man those IGs are hard to hit - it's like Chris said, they're Tie Interceptors with more health...and more toys!

Thanks for the great game Chris.