Then end of the alphabet, if you will.

Here is the second game of the day, vs. John, (otherwise known as Waimate John. Nice place, Waimate. Shot me a wallaby down there once. Right through the nose. Boy, did he look surprised! Had to finish him up with a body shot - which apparently ruined the meat for the farmer's dogs who would have otherwise benefited from a free meal...but I digress...) who had driven up that morning all the way from Timaru (two hours south of Christchurch).

John had brought two Ys and three [Rebel, in spite of their packaging!] Zeds to play. Ion cannons were the order of his day.

To the corner mine were sent, 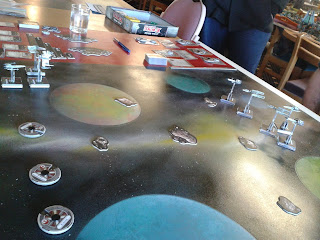 As we closed, I figured to concentrate on one poor Zed... 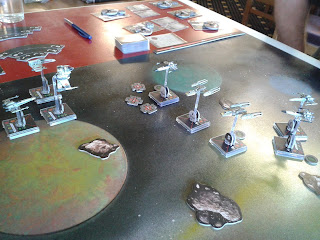 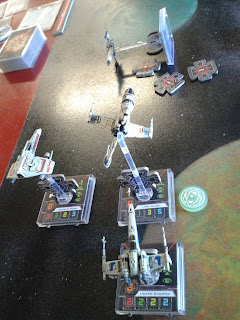 ...and concentrate I did!

Then the furball began. 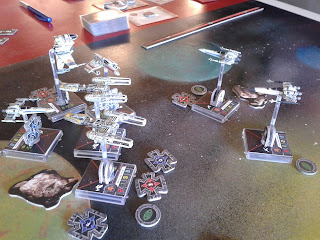 An ion shot saw my B zapped, and flown into, with John's Ys flying out, and his Zeds doing what Zeds do - bump! 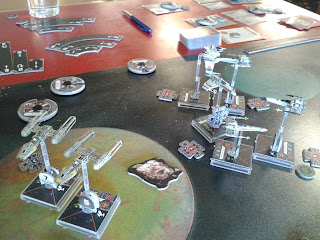 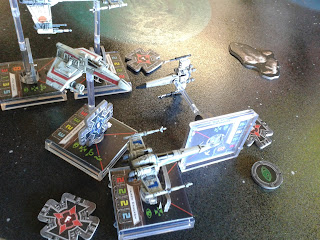 ...it wasn't all bad from my perspective. 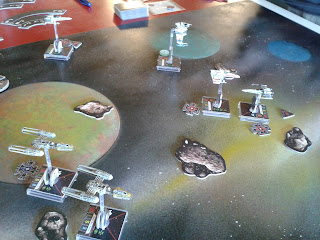 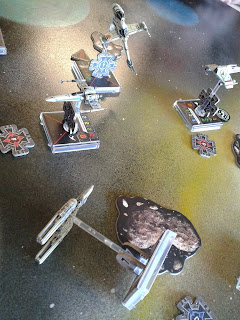 Corran turns round, rolls 4 blanks at the Y... 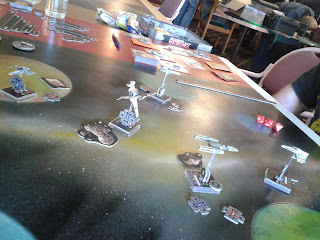 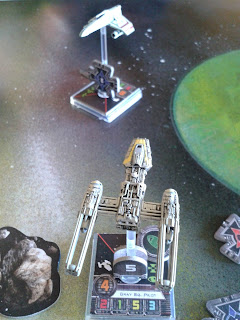 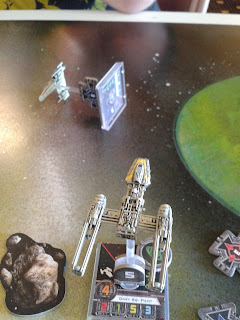 Thanks for the game John, it was great to see some Ys on the board. With their dirty dirty Ion Cannons! :-)