This afternoon I headed round to Robin's newly reconstructed abode (complete rebuild, thanks to the earthquakes) for a long awaited 20mm HOTT game. I brought out my 20mm Skellies...
...and likewise did Robin bring out his.
I was the attacker, so Robin deployed his...bones...with his beasts on one wing. 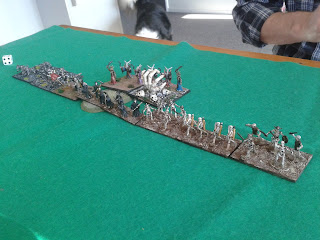 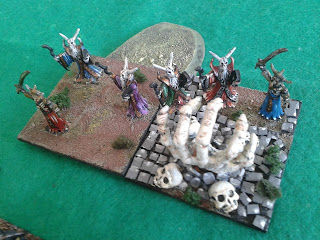 So I set up with my own mounted opposite, with a strong centre of Knights, keeping my heavy hitter (the Aerial Hero) in reserve. 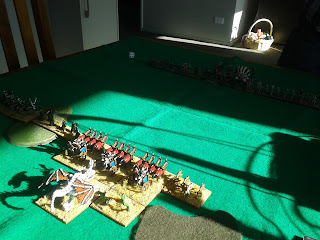 I send my doggies forward, supported by my snakes. 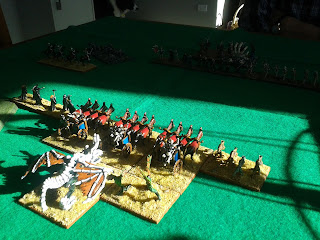 Robin sends forward his own doggies to meat the threat. Gedit? Meat?! 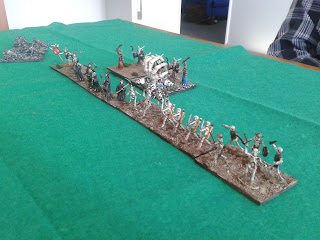 My left closes in... 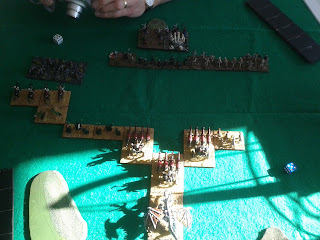 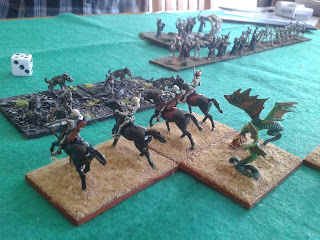 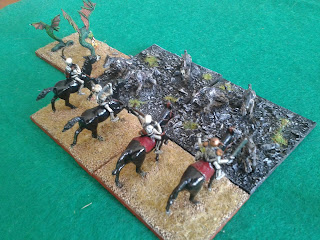 ...to no initial effect. 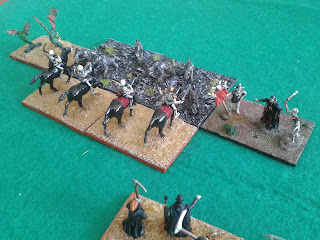 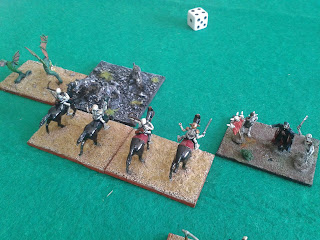 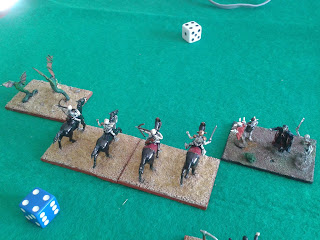 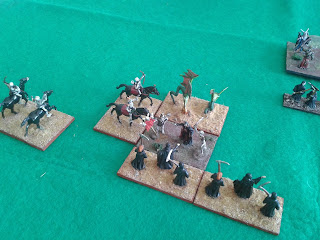 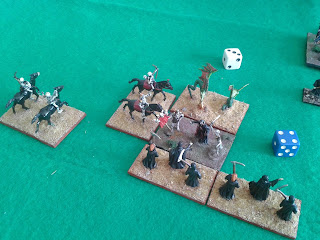 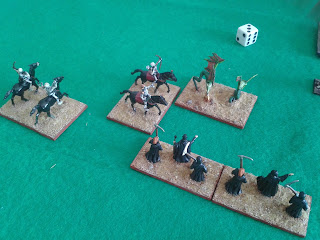 ...and probably wished he hadn't!

And, as that was Robin's General...that was the game! Cool!