It's a great wee game!

As I'm off on holiday at the moment, and since Stan brought his car to work 'stead of the pushbike, he popped around for a quick 50 point X Wing game over his lunch break.

I selected two new lists, one being a first outing of my new E Wing... 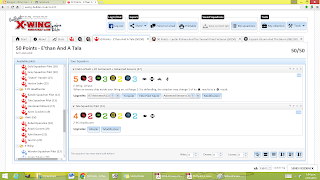 ...and the other being a of couple new  toys for Stan to play with - my two M2As. 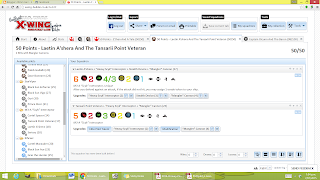 And so we set out.

I quickly zipped Etahn in front of the Tala, thinking to do something sneaky. 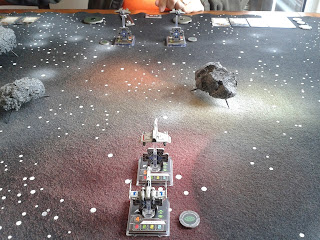 Though at that time I didn't quite know what. Exactly.

Unfortunately I had to move up the Tala, lest he bump the E Wing... 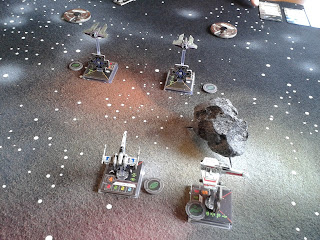 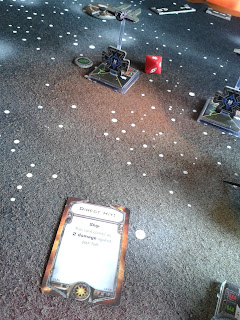 ...and that left it rather exposed to the tender mercies of the pirates. One stripped the shields, and the other dealt a double damage crit!

Next turn, and, well, Stan flew his M3s to where I wasn't expecting them. So once again, Etahn had nothing to shoot at. 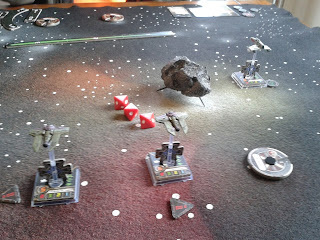 Around the 'roid we come, and some shields get pinged on both sides. 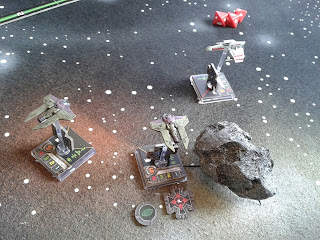 Right, time to try out some of my new upgrades.

I Advance Sensor a Target Lock before a K Turn... 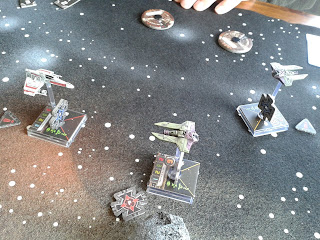 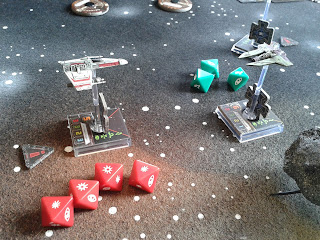 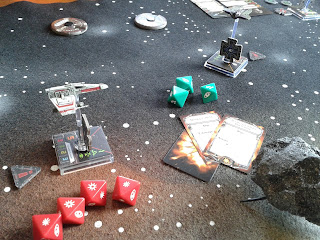 ...to quite some effect!

(There's another double damage crit. What are the odds?) 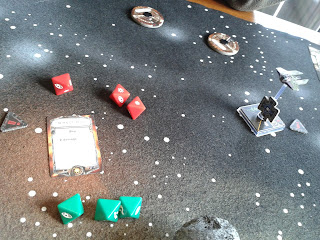 ...Etahn won't be back. Courtesy of yet another double damage crit. Never trust those green dice!

I like these 50 point games. Nice and quick, lots of fun, and Stan still gets to go back to work!