Cav Con Game 3 Vs Richard and his Rebs

My third game (and the last with pictures - my phone battery went flat after this one), this time against Richard (also from Timaru) and his three Rebs - Wedge with R2-D2, Keyan Farlander with an Ion Cannon and Jake Farrell with Outmanoeuvre. Very tricky that Outmanoeuvre on an A Wing. 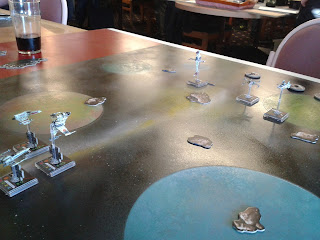 I lay fire into Keyan... 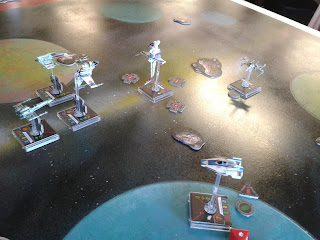 ...and get him down to one health.

And it was here that Jake made the effect of Outmanoeuvre known to Ten.

Then onto the main event. Get that Wedge! 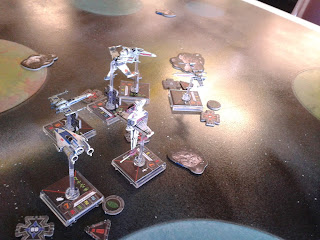 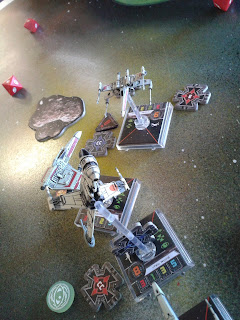 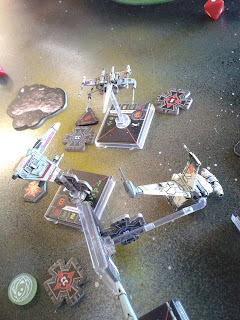 And that's why, right there! Wedge rolled four unanswered hits on Ten. 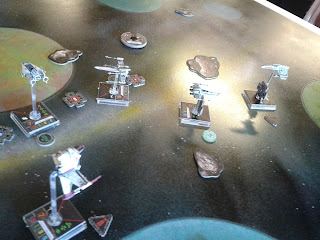 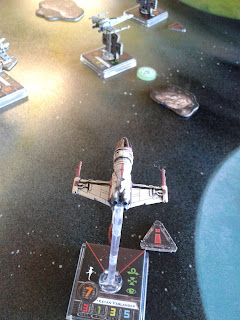 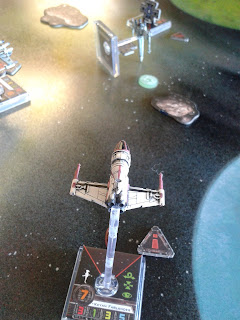 To the detriment of Cracken.

Well, at least Coran is in a target rich environment!

Now, do I go for a full health Jake at range 1, or a shieldless Wedge at range 3? 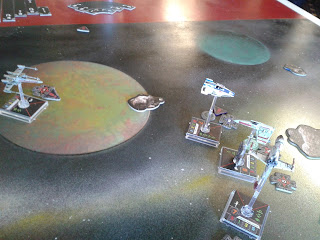 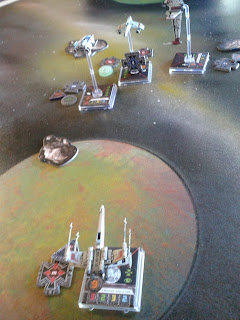 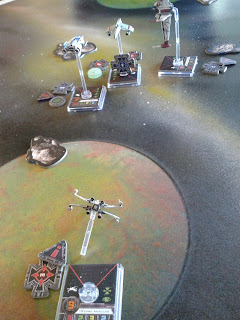 I think I made the right call! 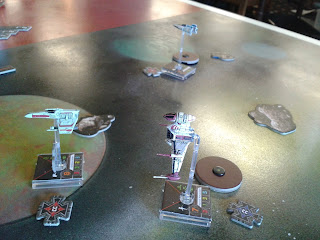 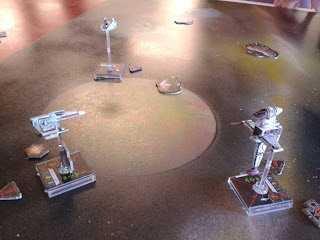 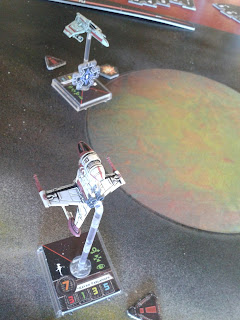 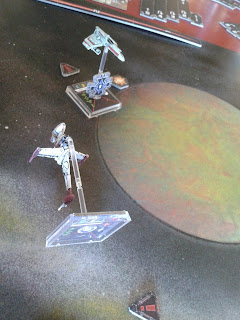 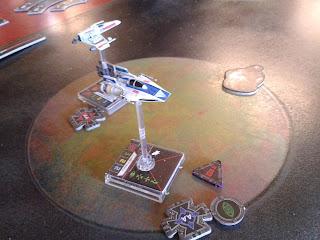 Who falls in behind Corran. 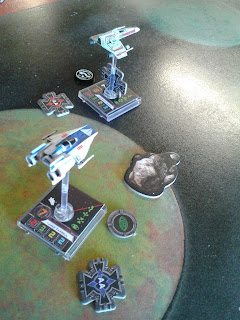 Here's where Richard does something unexpected. He flies four forward! Had I only put on the brakes, he would have flown right past!

Ah well, at least I had my guns pointing in the right direction. And he was down to but two hull.

Now if my dice were kind, I could either take him out now, or at least survive to double tap at the end of the turn. 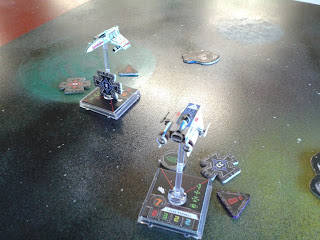 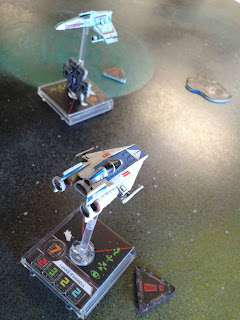 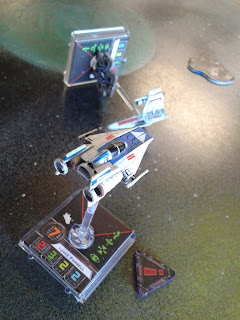 The dice were not kind!

Well played Richard, well played. That was a great game, a real nail biter right to the end.

As for the rest of the comp, I managed to squeak out a win against Oliver (again from Timaru) and his Rexler Brath-and-his-Five-Academies list, and got completely table wiped by Tim (you know, national champion Tim) and his Brobot list. Had not Corran's dice been appalling in a couple of critical rolls...I would have at least got one of his IG88's off the table before he crushed me into the ground! :-)

At the end of the day, I once again got top...of the bottom third! Actually, no. Top of the bottom quarter! At least I won another random prize draw! Starviper, you're mine!