Another Road to the Regionals, Game 3, Vs. Luke

I'm pretty sure it was Luke.

Here is the third of my four battles in The Wizard's Retreat's Road to the Regionals bash from back in July.

By this third round I had 1 win and 1 loss. I was in the middle somewhere. So it was time to meet Luke, in his Fat Han with three Zeds. Tala's, I think they were.

I set up so as to take Han from the side while going head to head with the Zeds. I mean, how hard could three Zeds be? 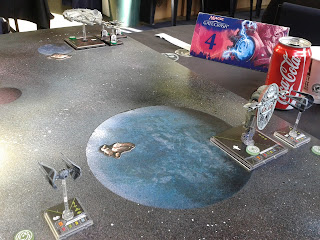 First attacks from Soontir were brushed off. I thought nothing of it. At the time. 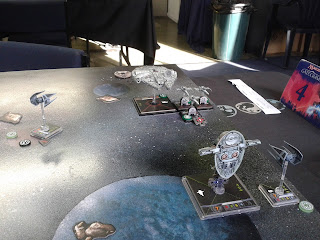 Luke even obliged me by 3K'ng his Zeds right in front of Turr and right behind Kath respectively. Easy meat, thought I. 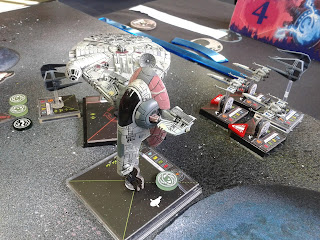 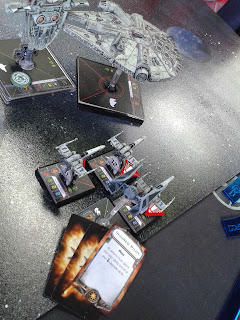 Easy meat nothing! Han one shots me! 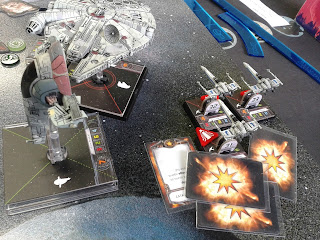 At least Kath was able to retaliate, but, what 14 points in exchange for 25? That ain't good!

And here's where I lost the game. 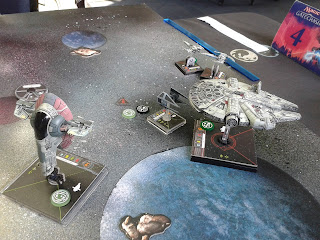 I thought "Nah, Kath can take care of those Zeds, they're just Zeds. Let's send Soontir after Han..."

So I split my boys apart. Or boy and girl. 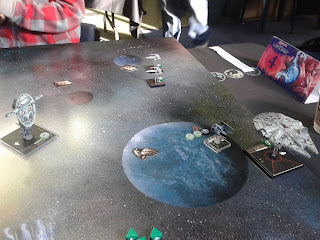 It was about here where I realised my mistake. So long as I could take actions (focus, PTL for another focus and an evade), Han couldn't touch Soontir. But neither, what with The Falcon's evade, R2's shield and 3PO's [possible/probable] evade, could Soontir touch Han.

In the meantime those dratted Zeds were taking chunks out of Kath. 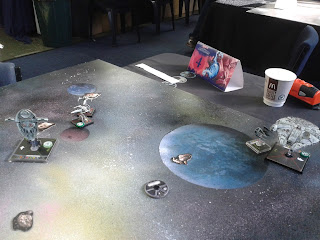 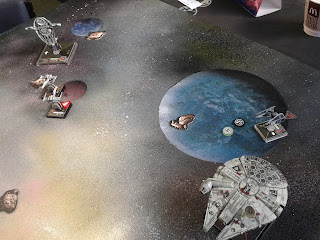 So I try to regroup the troops. 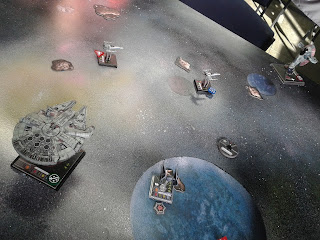 In spite of Soontir's crit. (Sharp turns are now red, if I remember rightly.) Given to her by...me! I flew him onto a 'roid. 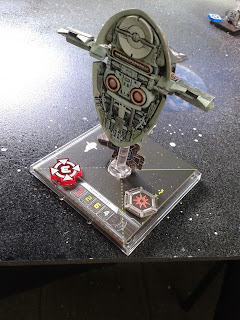 Still, at least Kath's piloting skill hadn't completely deserted her! Her luck, on the other hand... 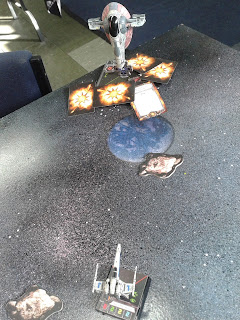 And you know how Soontir was sitting on a 'roid? Well, he had to fly through it to get off, and, well... 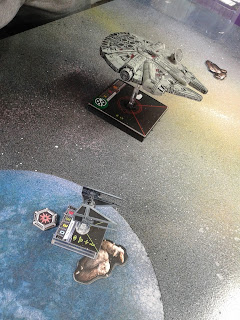 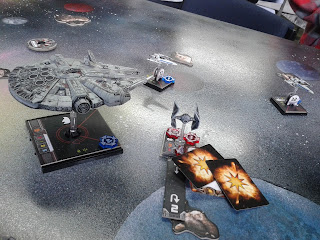 ...what, with taking damage from the rock, and not being able to take any actions, Han made short work of his exposed arse!