Vs Darryn. Best game of the day - came down to the difference of two whole points!

So it was that I came to the last game of the day. Another big ship centred list, Dengar in The Punishing One, with a Kihraxz and a Protectorate. I figure I've got a better chance to take out his little fellows than Dengar, and deploy accordingly, with a sneaky attempt to fly a Scyk off to the left. 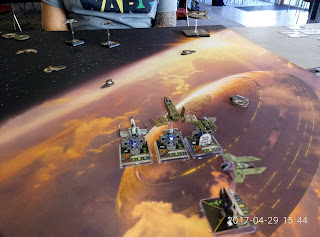 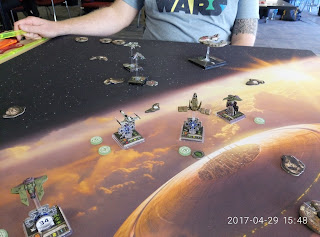 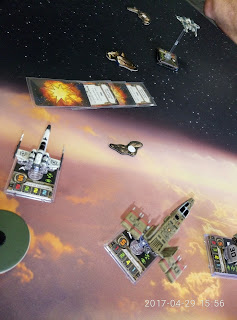 ...and Kaa'to gets lucky with his Clusters against the Kihraxz.

I keep forgetting to reroll with my own Dengar, so put the card down to remind me! 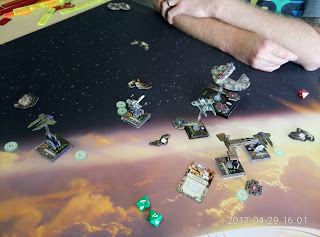 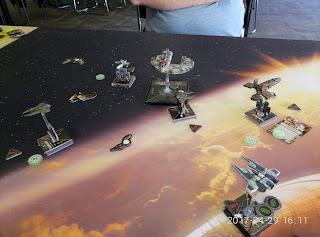 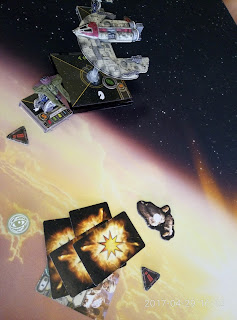 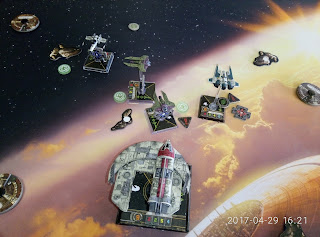 ...this is the X Wing I enjoy, fighters against fighters... 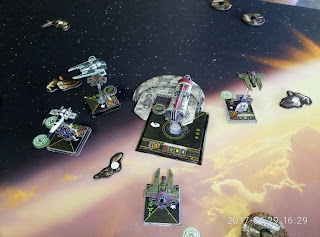 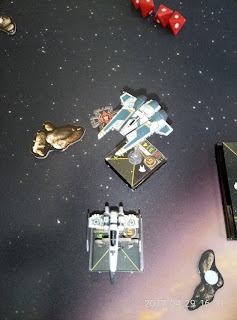 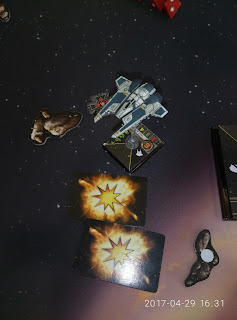 Darryn flies off Dengar to allow his gonk droid to charge up shields, with leaves his fighter against mine. 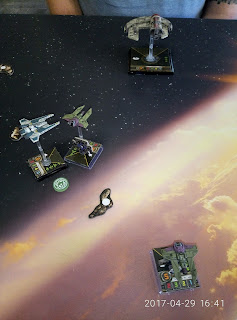 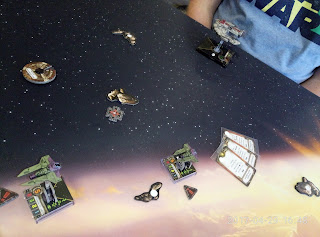 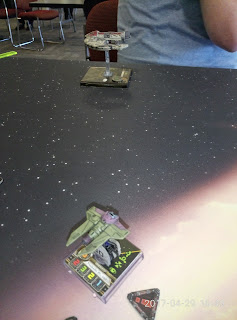 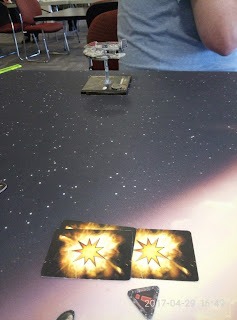 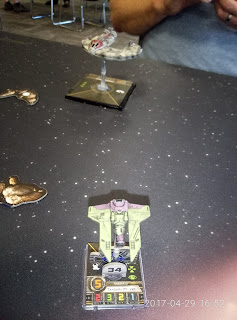 ...though this last shot stripped his last shield... 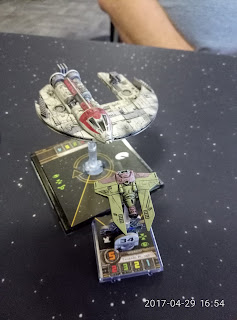 Huzzah! Now this was a great game, very close, very cool. Yes I lost, but only by two points!