Against Lauren, another of the fairer gender!

Well, if one girl at an X Wing event was rare, two, and flying against them consequentially, is all but unheard of!

Lauren was attending the event with her husband, and was given the opportunity to either sit and watch, or join in. She chose the later!

She was flying Chewie, Kyle Katarn with TLT and a Green Squadron A Wing. 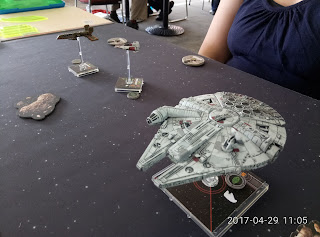 So, once again, my little boys were up against one of the big guns - Chewie...though no 3PO. First priority? Get rid of that TLT Hawk! TLTs rip my low hull ships to shreds. Hence...let's all deploy away from the Falcon, and hope for the best.

Lauren obliged by deploying her Hawk opposite mine. 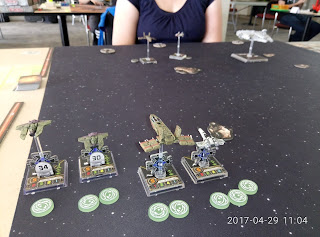 And so we closed. 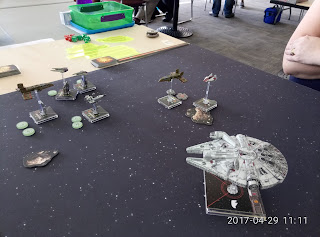 Lauren accidentally flies the A Wing onto a rock, the Falcon is temporarily out of the immediate picture (both Kyle and Chewie took pot shots at Palob...stripping a shield...and a hull...?), and four ships worth of shooting later... 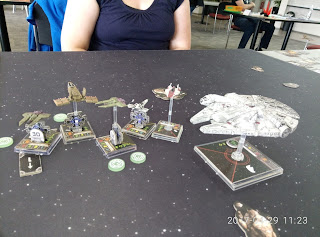 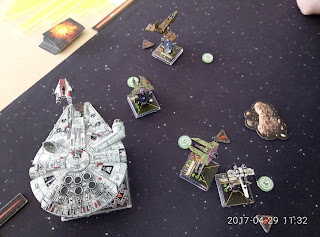 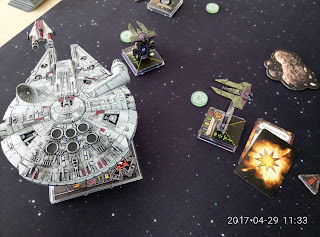 Poor old Palob's in a spot of bother too. 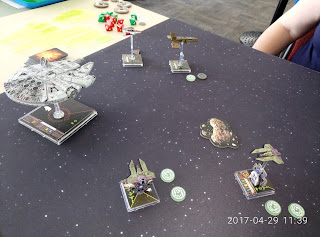 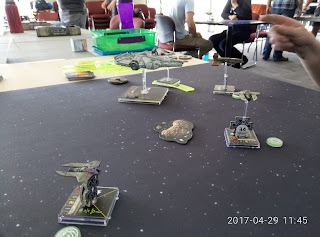 However he managed to slow play, making the A Wing overshoot. Chewie, well... 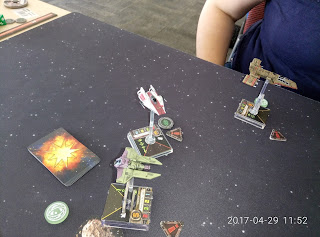 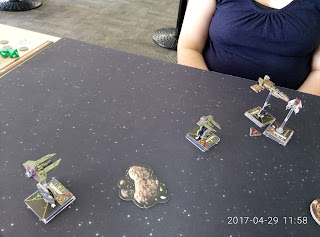 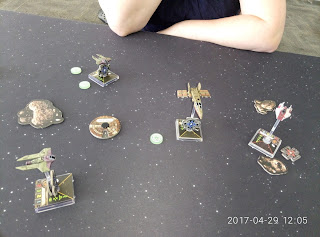 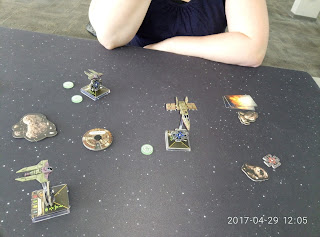 Thanks for the game Lauren, it was nice to win one for a change!