Ok, so off we go. I thought to lure his mounted in to a restricted position with a bunch of my Hordes. Then I could finish them off with my Hero. 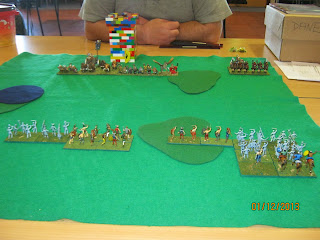 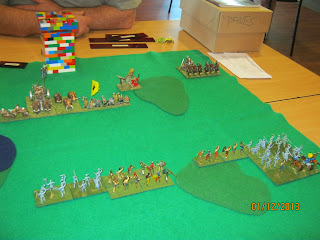 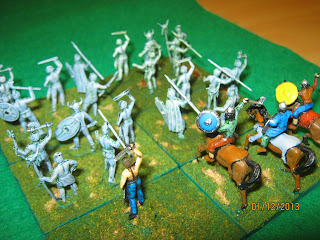 I soon realized that my left was woefully under strength, so, while Gordon took pot shots with his Magician, I moved half of the aforementioned Hordes over to the other flank. 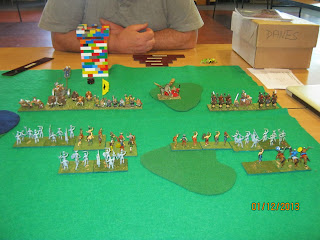 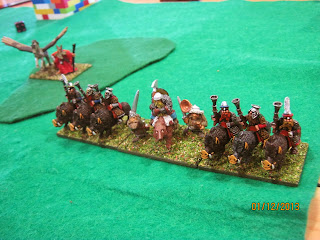 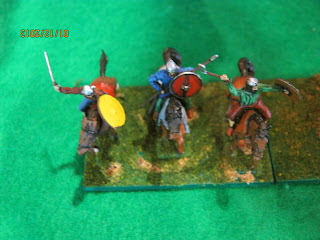 Why'd I bring them out from the wood?

Oh, that's right, Gordon's Magician had rolled his second one while trying to ensorcell my Warband General, and he turned into a frog! So I thought I'd try my luck... 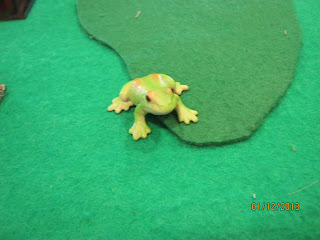 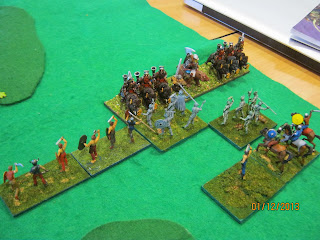 Here we go then! 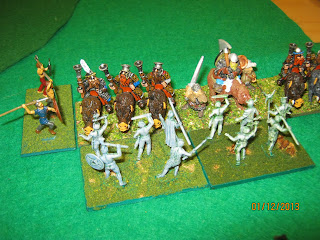 Well, let's face it, that is not an unexpected result! Except for the bit when the overlapped Horde survived Gordon's Hero. That I didn't expect. 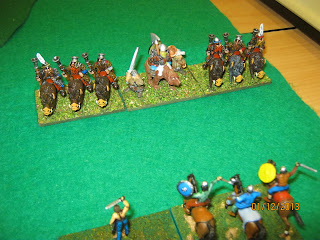 So now he turns the pigs on me! 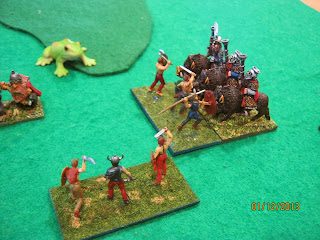 And things start to line up. 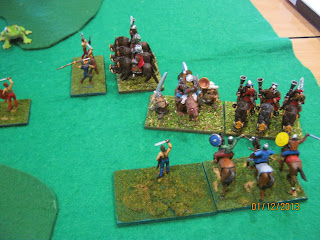 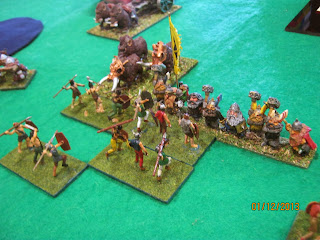 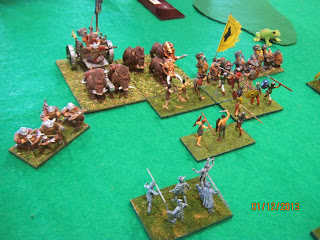 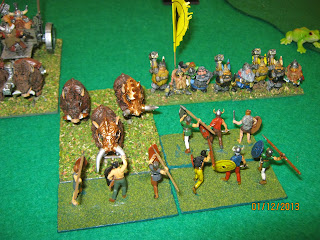 One Warband down. (These chaps don't like fighting mounted troops - they're down one combat factor when facing mounted.)

In we go again. 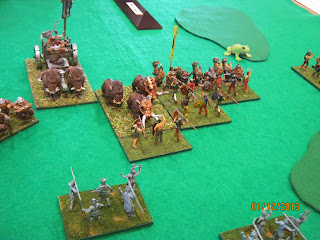 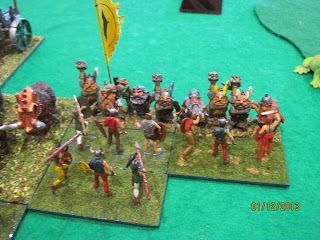 And so to the big one. Hero vs. Hero. Heroes quick kill each other. I thought, well, I've got an overlapping advantage if I charge in now, so... 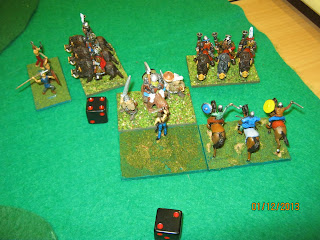 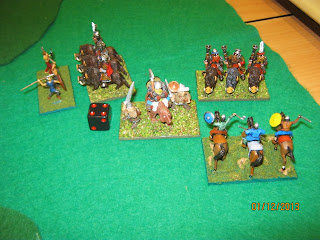 At least the Hordes were holding their own! 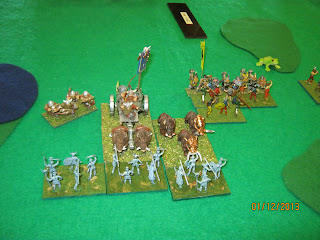 Unfortunately, now with his Hero free of any undue interference, Gordon sends him into the action in the centre. Bother it. 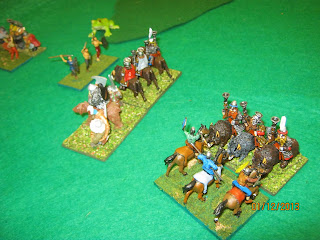 And still the Hordes hold their own. 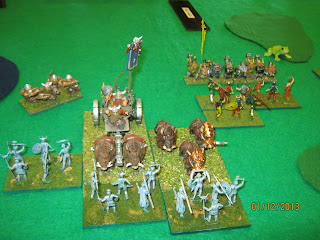 More than hold their own! 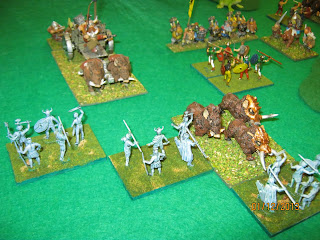 However, at the same time, that dratted Hero comes in and crushes my lone warband on the right of the line... 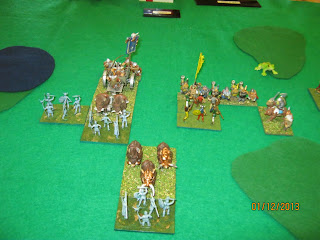 ...and soon after this shot, Gordon's Blade General takes out my Warband General, and his supporting Warband. Worse than that, he also rolled a 6 for his PiP die roll, and brought back his Magician!