Cav Con Game 1 Vs Jason and his Prince Zizor Swarm

Yesterday (Saturday the 11th), Tim, and Chris from The Wizard's Retreat, organised a wee 12 player, 5 round comp, as part of the Road to the Regionals series.

I thought I might take something a little different, so pulled out an E, a Zed and a B - an EZB list, if you will. 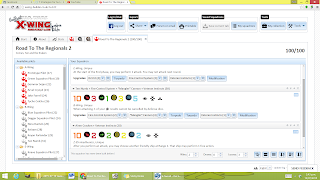 My first game was against Jason and his Prince Zizor Swarm.

Seeing as my dudes were all pilot skill 10, Jason set up first and flew out his swarm. In a quite practiced manner, I might hasten to add. 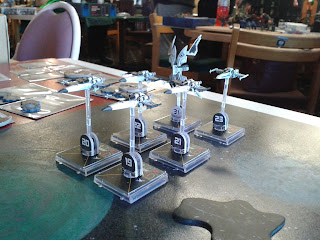 I think he's done this before.

Not wanting to fly directly into all that firepower (a common theme for the day), I deployed in the centre, hoping to lure him through some 'roids. 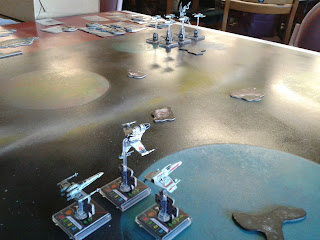 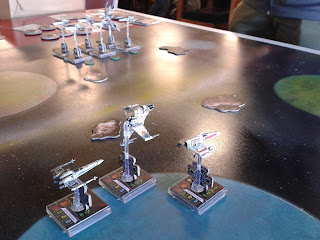 Jason flies past, then turns around to take the bait. 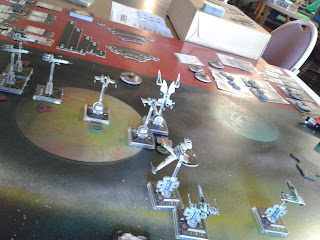 While I fly Cracken into the back of Ten. Another common theme for the day.

I try to concentrate on Zizor, but Jason kept him in the back, so... 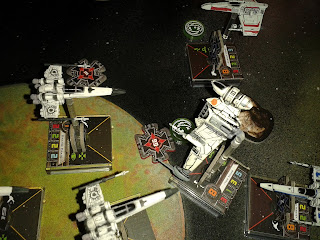 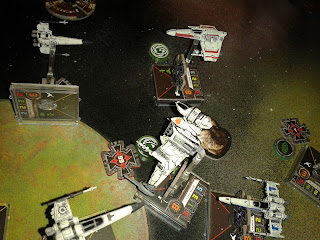 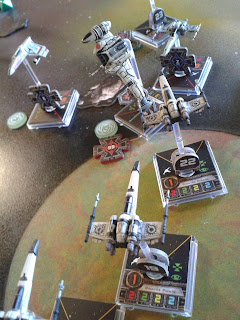 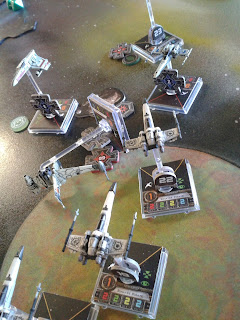 Jason's swarm goes swarmy things...that is, gets in the way... 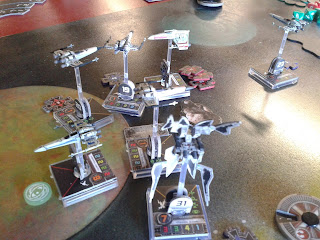 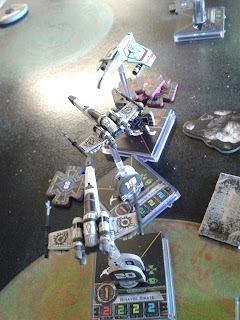 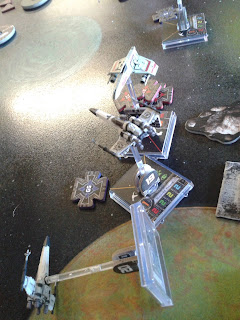 ...Corran takes out another Zed.

Two down, three more Zeds to go. Plus Zizor. Sigh. 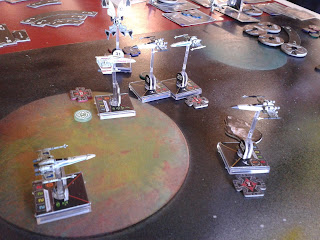 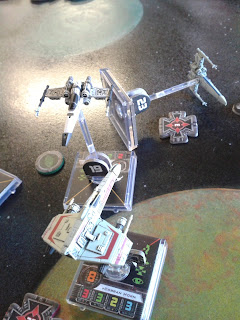 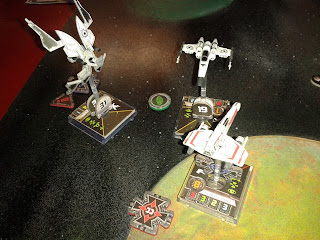 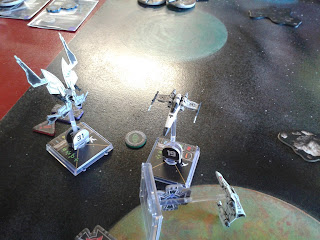 And with three to one... 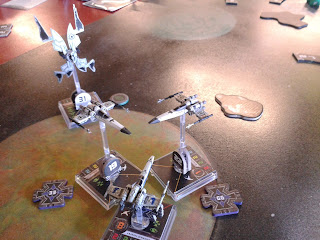 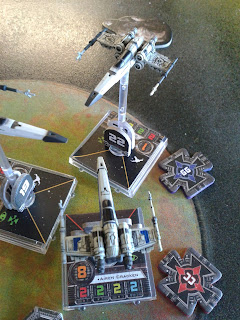 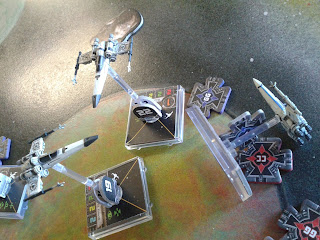 ...Cracken didn't really have much of a chance.

I must say, I was surprised at the vicious attention aimed towards Ten.