Having unexpectedly won our first Underworld bash, we line up the same armies to try again. This time I was the defender, so set up first, in a similar fashion to last time - Knights in the centre, flanked by Blades with my riders at the end of the line. Robin was careful to place his doggies on the opposite flank to my Riders.

(Upon further reflection, it would make more sense to have my more mobile Knights off centre to my Blades. Ah well.) 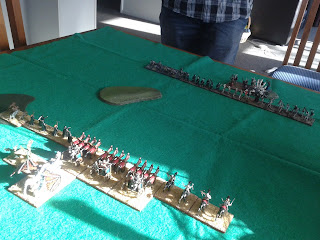 Seeing as the doggies vs horsies matchup worked so well for me last time, I try to do the same again by running my Riders over to the other flank, sending forth my own Beasts and Flyers in support. 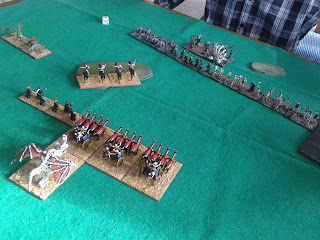 I was surprised that they got so far! 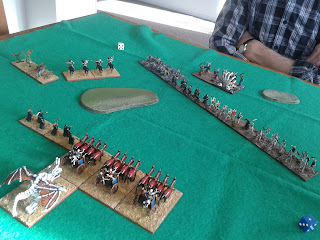 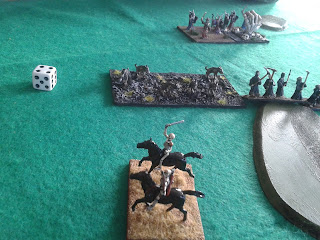 Well, half of them. Those dratted magicians zapped one element before I could engage with them. 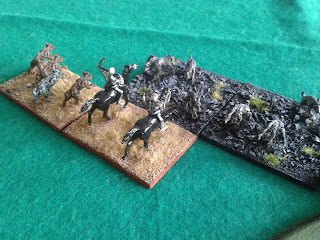 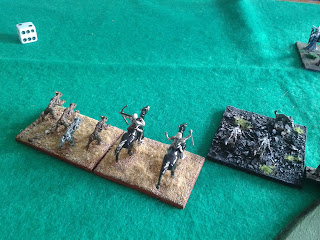 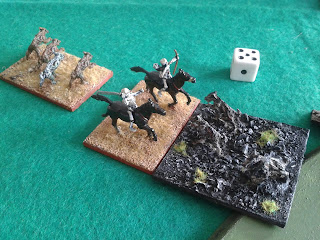 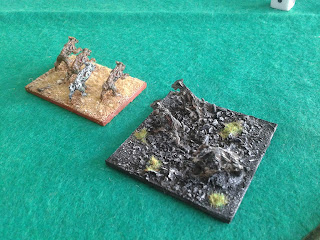 Since my flank attack wasn't being the spectacular success that I hoped it might be, I thought it high time to bring forward the main line. 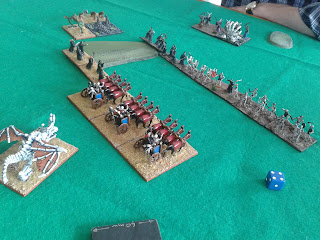 Whilst and at the same time flanking Robin's isolated element of Beasts. 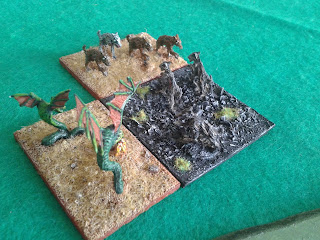 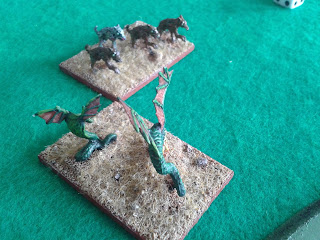 And so to the main event... 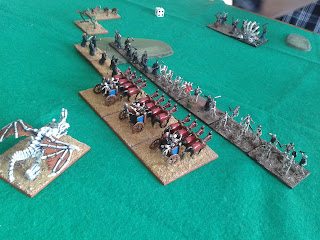 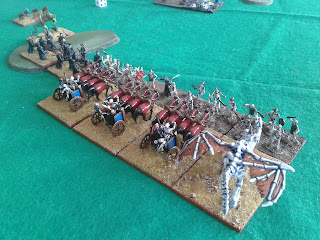 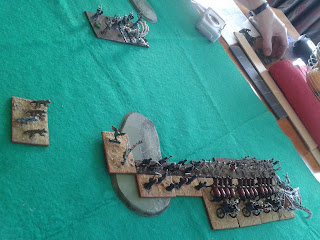 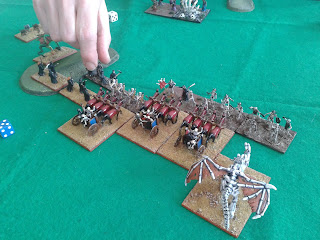 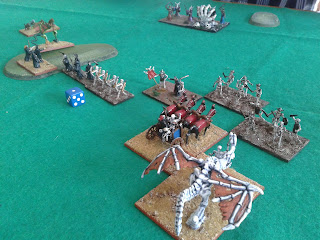 (At least I had cut down Robin's flanked Blade element at the other end. Huzzah...?)

Seeing as my one remaining heavy chariot (Knight) element was sticking out like a sore thumb...not that skeletons get sore thumbs... 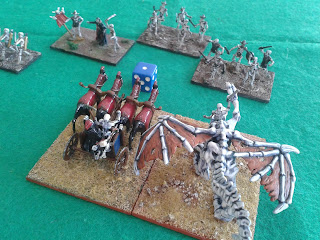 ...I pull it back. The element, that is, not the thumb. Though I 'spose the thumb came back with the element, so...

Next bound in rolls Robin's Hero...oh, that ain't good... 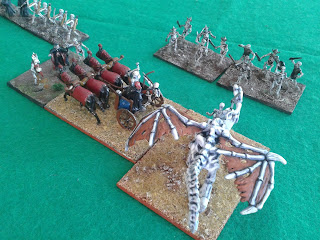 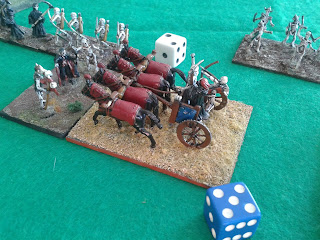 Huzzah! It lives! Or doesn't, being undead and all...

Anyway, I fly in my own Hero for a bit of mutual support. 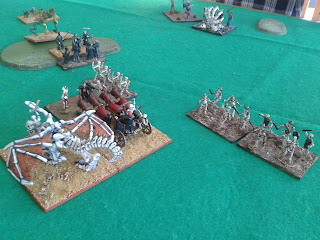 Whilst trying to challenge the opposite flank from the hill. 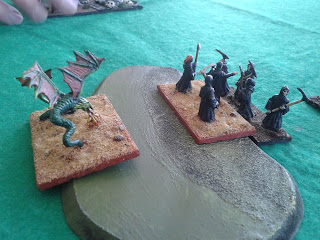 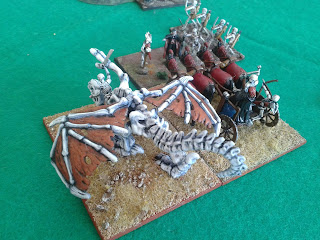 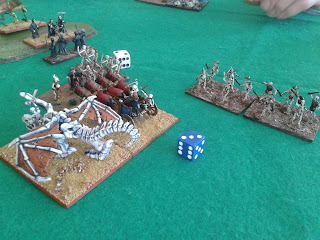 ...the mutual support was just not enough.

In rolls the rest of Robin's skellies... 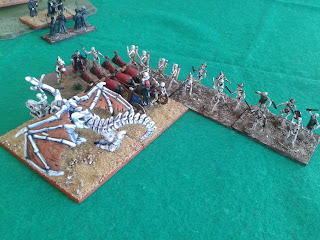 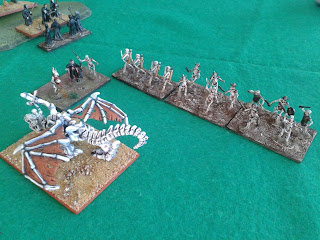 Great game though, full of high tension and drama.