And Don't Bring Hordes to a Knight Fight!

For the second game we both brought out our Greenskins. My Raetian Goblins against his Orcs. 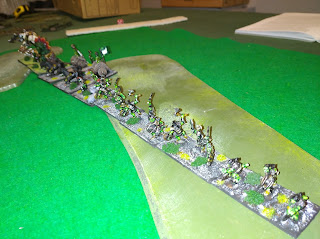 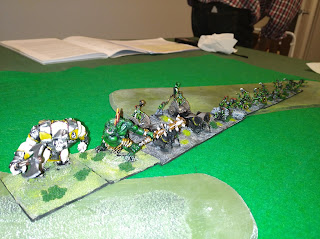 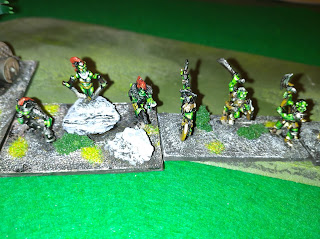 I was defender again, so I set up with marsh protecting my flanks and the Horde in the centre. Close to my camp. For easy redeployment.
And, again, I waited for Robin to advance to me. 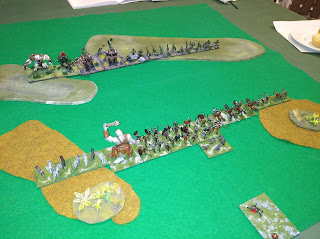 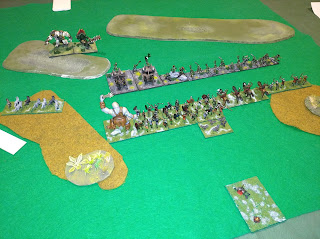 And advance he did. 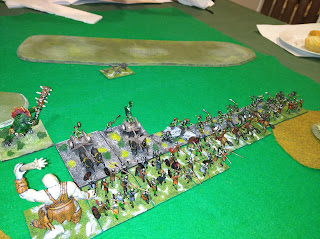 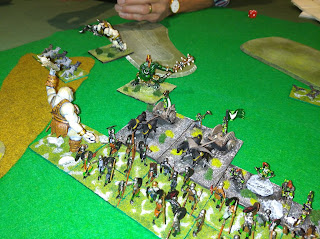 After an early success (lowly Horde pushing back his Knight General!)... 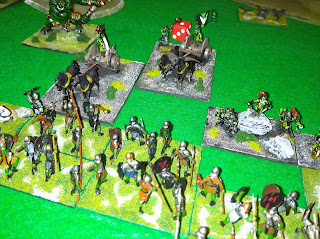 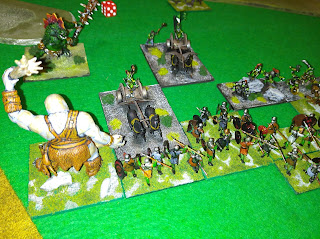 ...I soon learnt that you don't bring Hordes to a Knight fight! 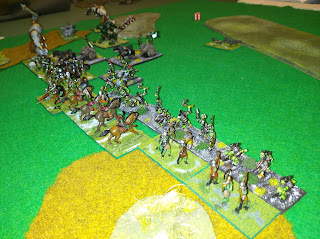 Nothing much for it, time to throw in the flanks. 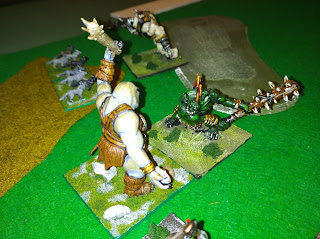 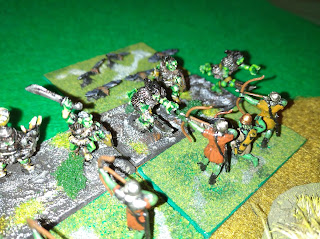 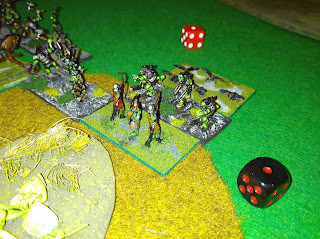 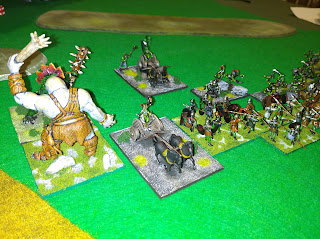 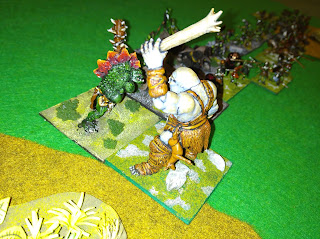 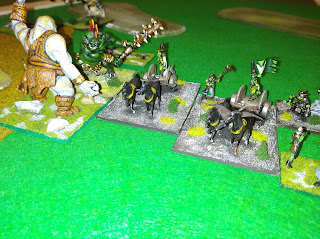 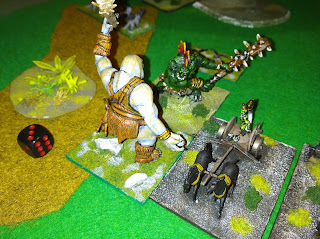 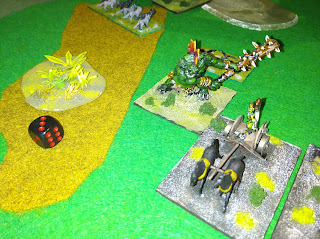 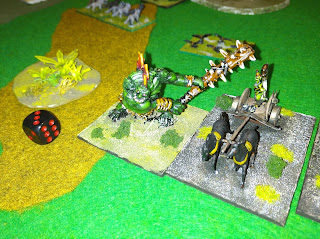 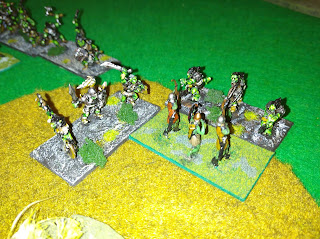 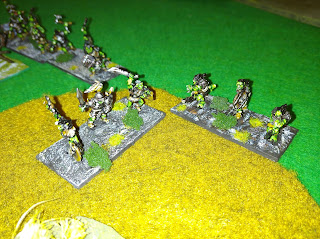 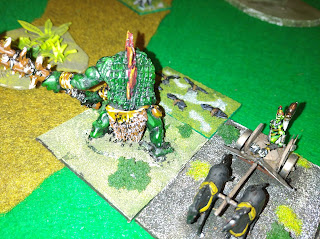 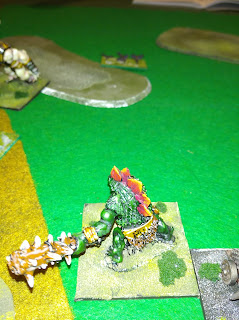 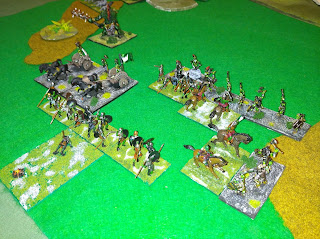 Indeed, quite a picture! Actually, I don't think I killed a single element!

And a good time was had by all!

Thanks Robin, it was great to catch up.