Well, that was quick! Inspired on Tuesday, started on Thursday, finished on Sunday. 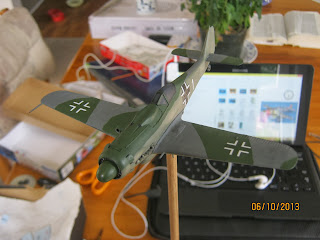 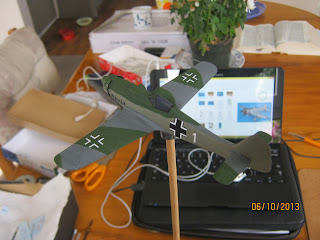 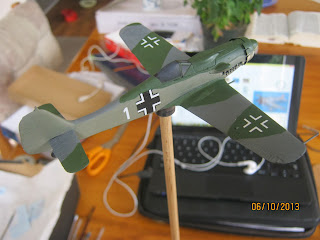 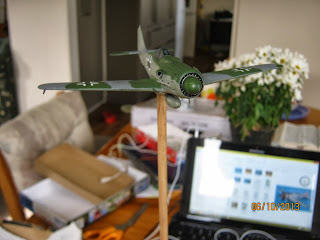 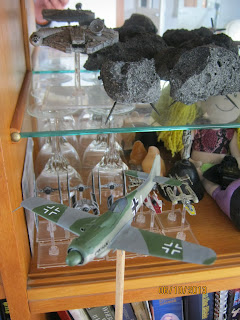 The decals are really, really thin...I kinda munted four of the crosses, and had to plonk these 'solid' ones on the sides instead.

Quite like the way the canopy came out - undercoat black, first coat black black grey, leaving black around the outside, then a top coat of black grey, with a smidge of grey grey black on top.

I also got the Thunderbolt finished. 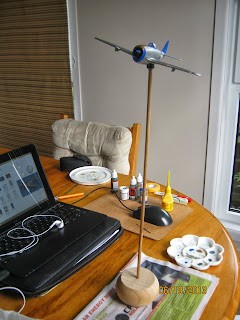 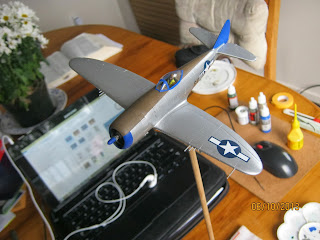 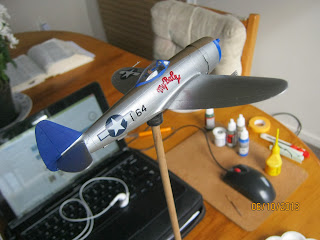 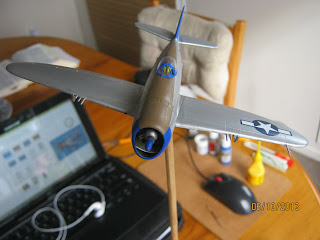 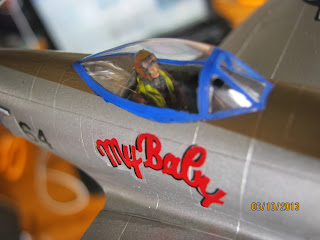 Not quite so happy with this one - poor kit design has meant the nose has been glued on slightly askew, and some of the masking didn't work out quite as well as I'd like...and again, the decals were a bit fiddly, but I do like the way I glued the magnet to the plane so's it's banking on it's stand! And the silver does look grand...

So, there you go!