One HOTT Spring Night - Game One

Last night, having put aside my toys, I headed out to Robin's for some HOTT fun.

First game saw my Sarmatians up against his Army of Chaos.

I took 10 Knights (including a general) and one of Robin's dragons.

Nice simple table, I was the aggressor, and away we began. 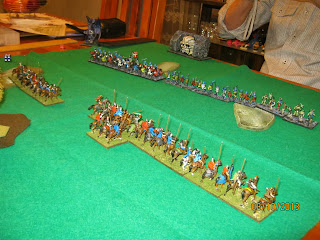 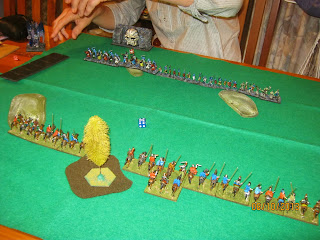 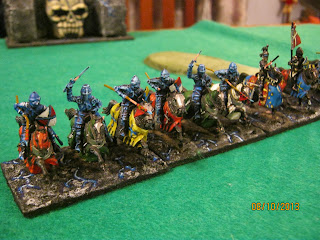 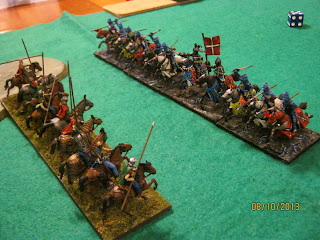 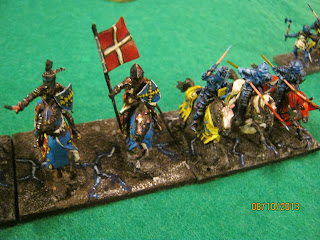 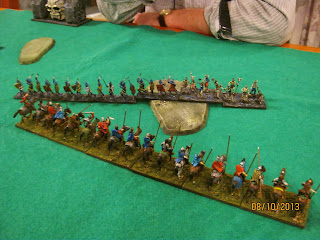 So I piled in anyway. 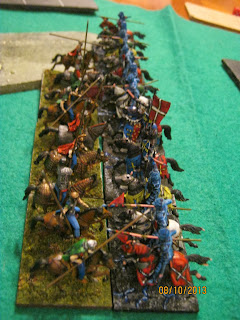 Here we see my General rushing in where angels would have fear'd to tread. 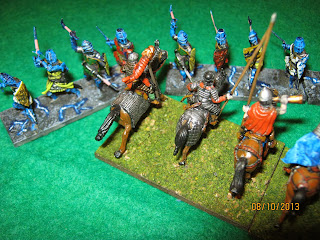 After a bit of pushing and shoving... 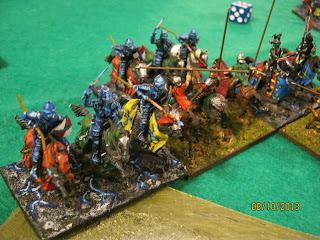 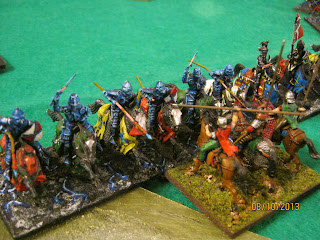 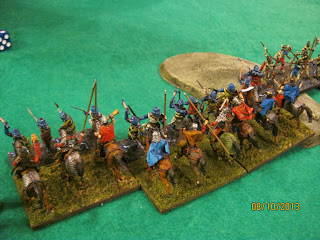 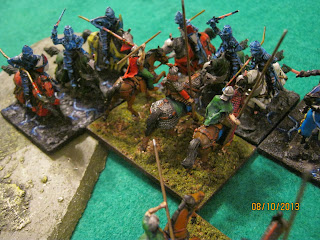 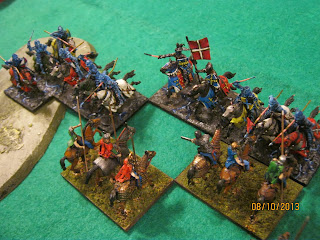 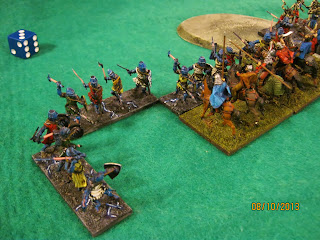 ...and, seeing as that was my general that just got mobbed by those nasty blue headed freaks...that was the game!