Paul, over at Plastic Warriors has proposed a group build based around his Airfix Zero.

Seeing as my main WW2 Wargaming interest lie in NZ 2 Div's efforts in Italy, I suggested that he broaden the criteria to include any radial engine powered fighter of WW2, mostly 'cause I had this stashed away... 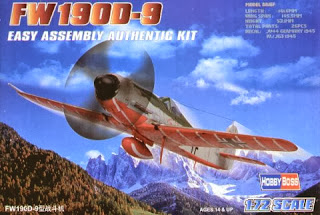 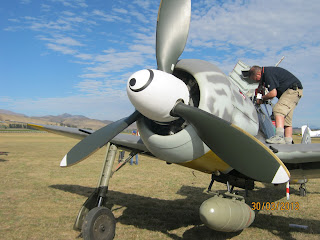 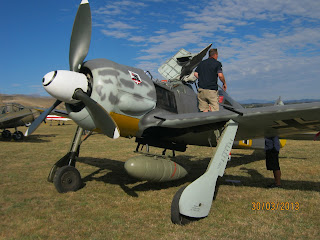 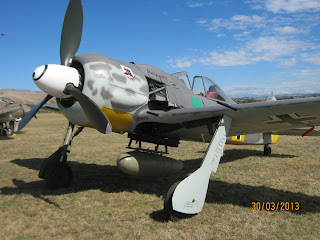 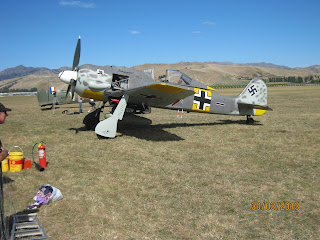 ...but the D model was actually powered by an inverted V-12. From the JU-88, if memory serves.

Still, Paul's keen to see it (seeing as he's just finished one himself) and, as I'm on holiday for the next week... 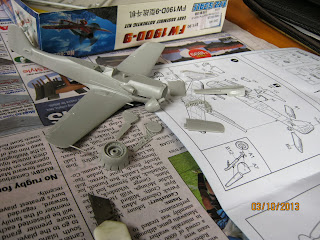 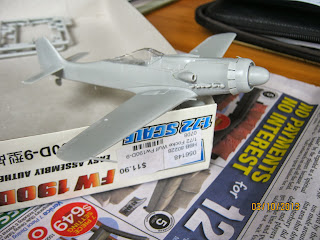 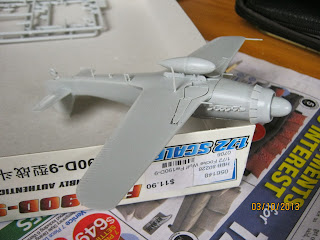 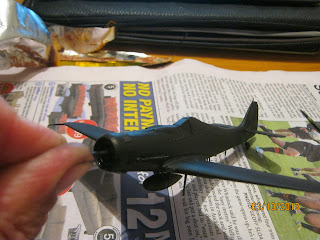 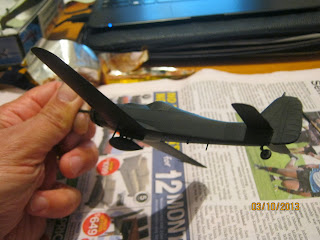 All on the same day!!

A nice simple kit (main planes and fuselage are both one piece pieces), the only drawback is that they're designed to be modeled wheels down. A simple fix, but still not the tidiest result on the planet.

Oh, and there's no pilot, so I've decided to paint the canopy blue as so many clever chaps (most especially Tim Gow) have done before. I'm hoping I can get it right.

While I was at it, I decided to drag out the unfinished Hurricane... 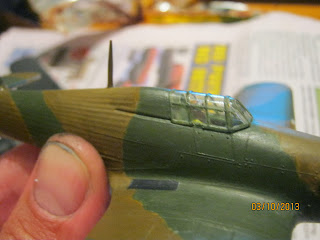 ...that's been waiting all this time just for the canopy frames to be painted (!), and my Thunderbolt... 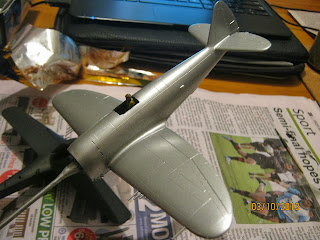 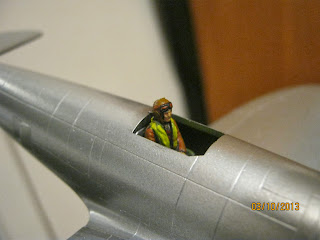 ...that is at least radial engine powered!