So, here we go with my first game at the X Wing Miniatures Game [New Zealand] South Island Regional Competition. My aim for the day was to win more than I lost. Well...

So anyway, this was my list for the day.

Nice and simple, two @ 6 P.S. (and best buds at that - Garven can use and then give his focus 'stead of discarding it, Dutch can acquire a target lock and allow a mate to do the same), two @ P.S. 4 (so they can shoot before, well, P.S. 3 and below - that is, your basic B Wing...I think...), and only one secondary weapon to think about, the Ion Turret on the Y Wing.

Unfortunately it didn't occur to me that the Y handles like a brick, and the X's aren't a whole lot better...

First up was against Stephen and his A Wing swarm. 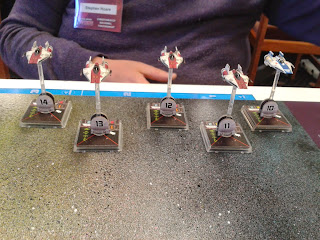 
"While you are at Range 1 of at least 1 enemy ship, increase your agility value by 1"

She was also carrying A Wing Test Pilot (you get two Elite Pilot skills, 'stead o' one), Proton Rockets, a Stealth Device and Veteran Instincts.

Stephen lined up to the on the southern flank, so I thought I'd be clever, line up on the northern flank, and force him to come to me through the asteroids. 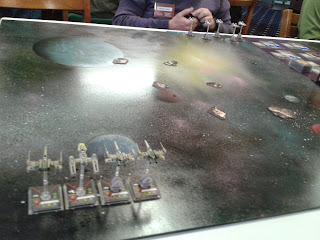 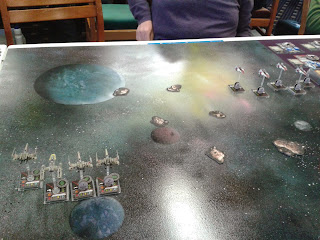 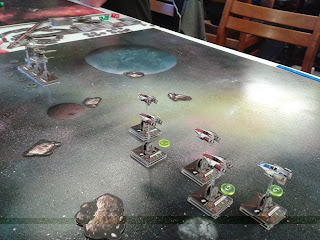 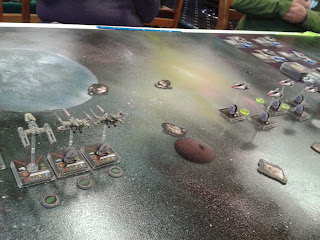 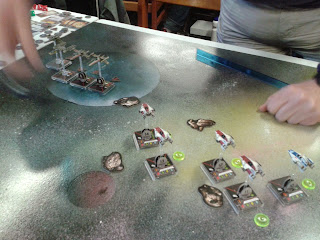 Yeah, I didn't think that one through very well. He's much more manoeuvrable through those rocks than I. I would have been much better served going head to head...or would I?

The first pass would probably work out at...
Anyway, he came screaming into my flank and out of all but one of my firing arcs. Opps! 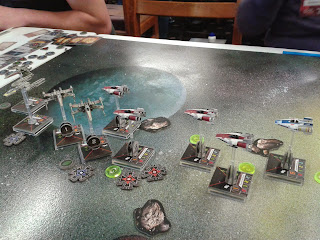 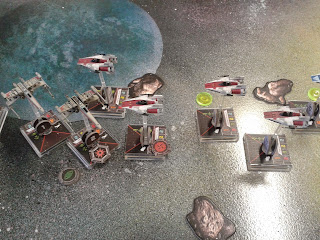 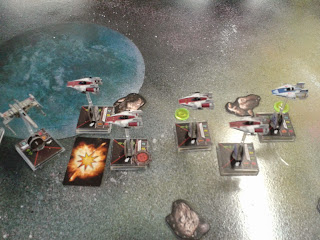 And Garven still hasn't got a firing solution! 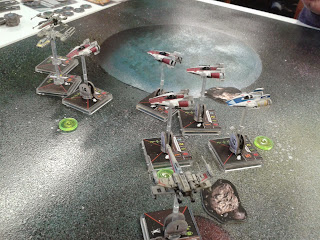 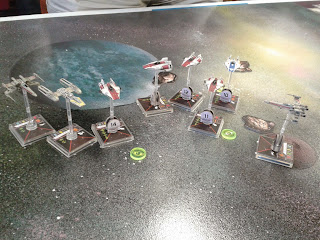 That A-in-blue attacks Red 1, who's already carrying (or should be!) a stress from his K turn... 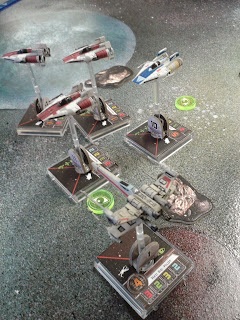 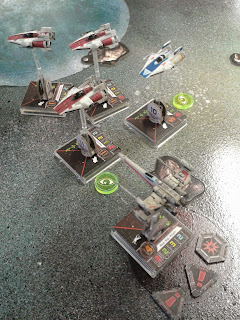 ...to add a critical hit (with an ongoing effect) and another stress thanks to Gemmer's Proton Rockets! Urghh! 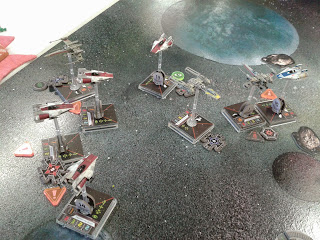 Talk about a fur-ball!

And still no shooting from Garven! 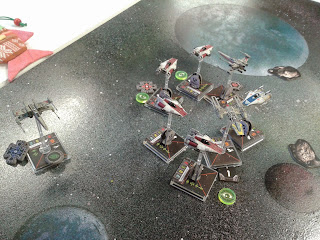 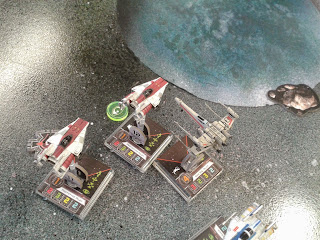 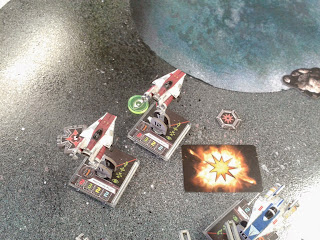 Yet we were still bumping and crashing. 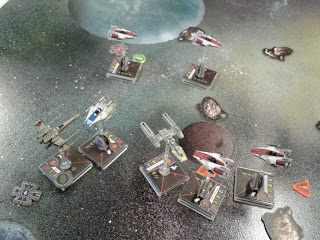 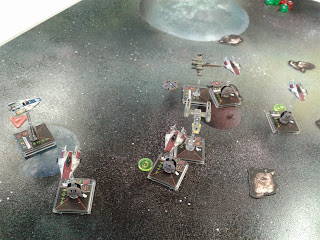 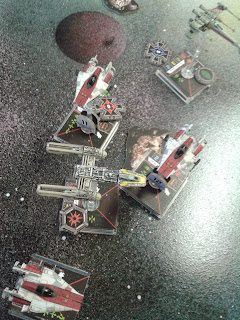 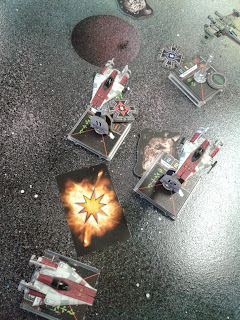 Bother! Still it was bound to happen.

And that was the end of that. Time was called with one X Wing to go (from Stephen's perspective) so that gave him a "modified victory".

Lesson [that should have been] learned - get the enemy within firing arc!

Still, it was really cool to see those A Wings zipping thither and yon like little gnats!

Cheers for the game Stephen,