I had a great time at the SI Regionals today. Bat reps to follow, but first some eye candy... 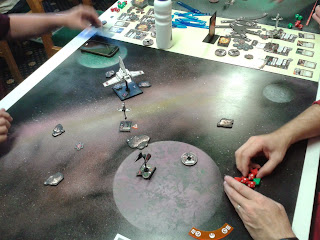 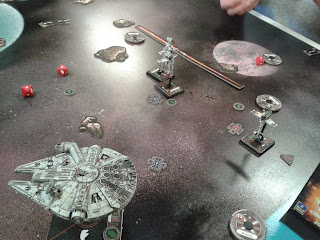 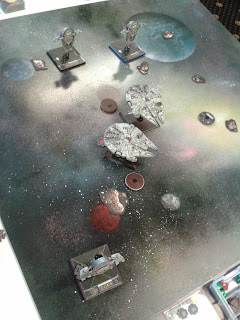 Yes, that's Chewie in the Falcon, with Lando in a borrowed YT up against three Firesprays. Apparently the Firesprays lost out.

There were four players running YT-1300s in various guises - but only one list with an Outer Rim Smuggler. The rest were - I guess still are - the competition doesn't finish 'till tomorrow, (but I've got a Joe Satriani concert in Wellington tomorrow night...and an earlier than expected flight to get there). All odds are on Tim's list to win out though. 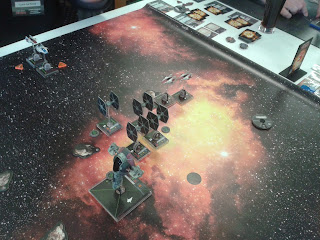 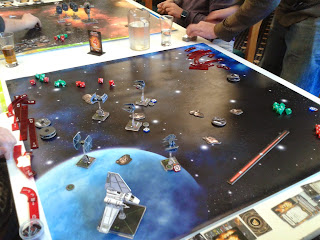 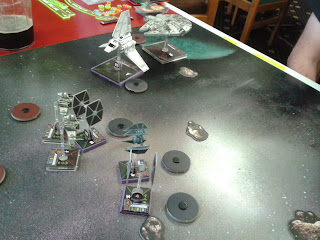 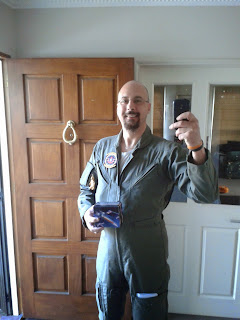 ...but at least my costume got me some free dice! 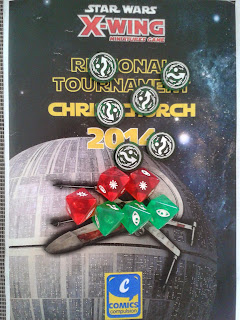 And a good time was had by all! Thanks Tim for organising it, and thanks Simon for running the draws and keeping the scores.