Well, two down (and I mean down!), two to go. For day 1 of the South Island Regional X Wing Miniatures Game Competition. (Day 2 saw me in Wellington for a Joe Satriani concert - been there, done that, got the T shirt. Whoo hoo!)

Anyway, I was now up against Martin and his Bend-Wing-Bird list (all pilot skill 2)...
So, since my Y Wing didn't make for a very effective flanker, I thought I'd try my two Reds 1 and 2. 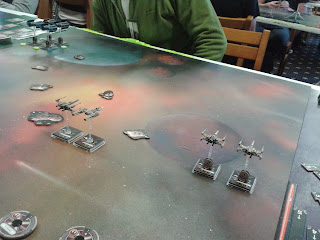 At least this time there was a bit of a corridor obliquely through the asteroids. 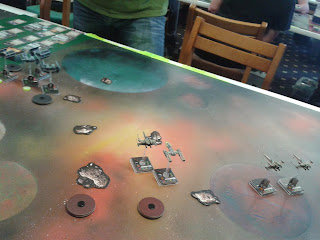 I do wish those Red Squadron boys would hurry up!

Still, Garven and Dutch were benefitting from hiding behind the rocks. 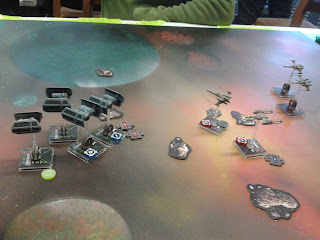 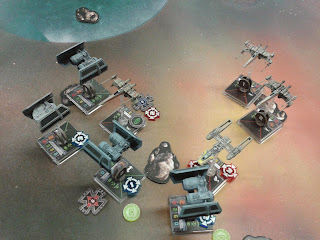 I was able to pour some co-ordinated hurt onto Scimitar 2, and, as, the TIE Bombers are about as manoeuvrable as an X in defence... 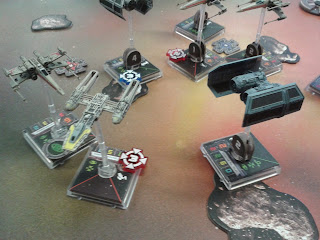 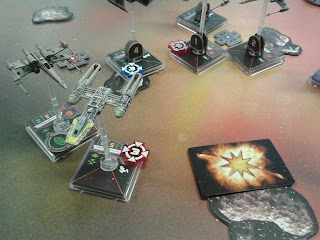 Huzzah! Gotta love the Ion Turret on the Y Wing! 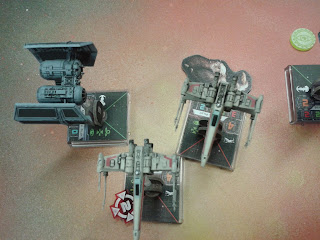 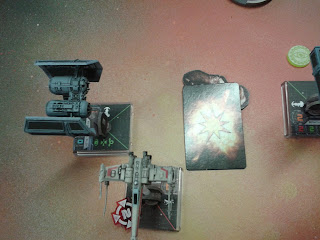 ...the weapon fire wasn't all one way!

Still, I was happy - I'd finally managed to shoot something off the table! 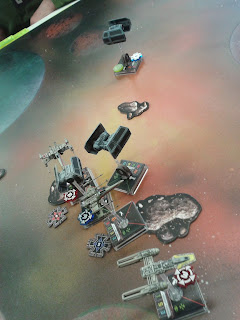 Rotten rocks getting in the way! Red 1 had a lovely shot lined up on that Tempest TIE A, were he not parked on an asteroid! 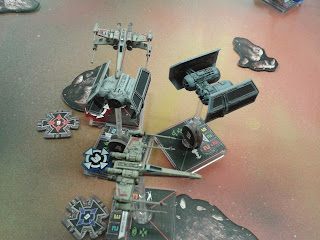 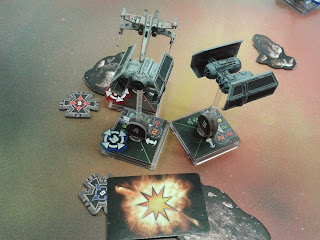 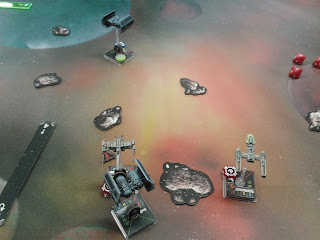 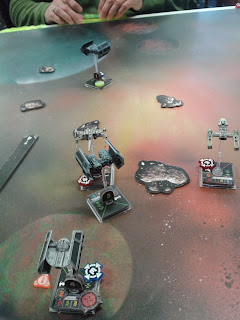 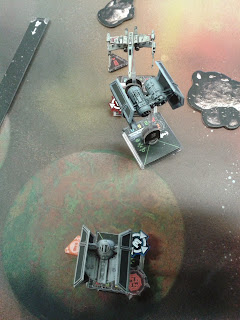 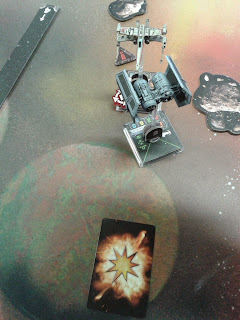 But at least Red 1 got his revenge on the TIE A!

So, we were both left with two on the board...Miss Ford... 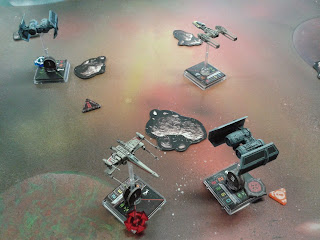 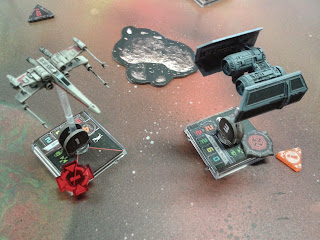 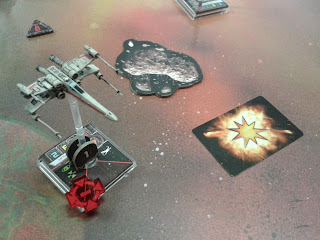 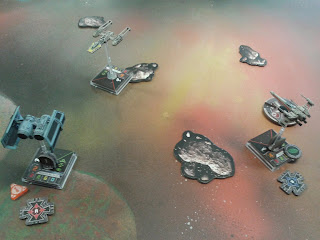 No shooting this round... 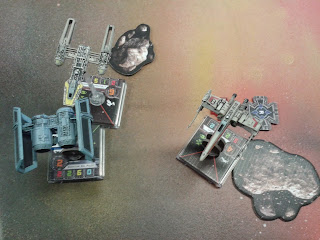 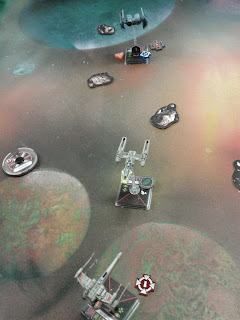 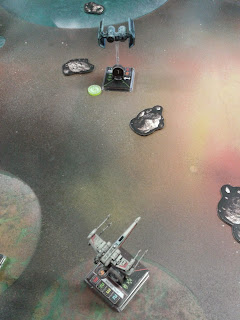 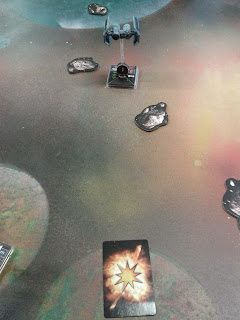 And that was the end of that. Time was called - my Y Wing was down to three hull (just off to the left of shot), and so was his TIE Bomber. Could have been anyone's game...though he was in a better shot for a missile strike...but I'd get to shoot first with my Ion Turret...which wouldn't have pushed him over the edge, but, would have given me a good chance to push him off the table!

After such a close game, it game down to just one point to decide who achieved the modified win...

Great game Martin, it was lots of fun,