Right, still smarting from the first game, it was down to the middle tables for the second game.

Seeing as how my "lets-bring-'im-in-through-the-asteroids" worked so well last time, I thought I'd try a variation of it again! But this time I'd try to flank him by...sending my slowest brick of a Y Wing the long way round...hmmm....I keep wanting my Wave 1s to fly like, well, Wave 3s! 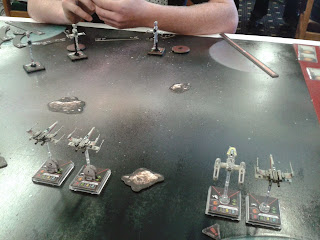 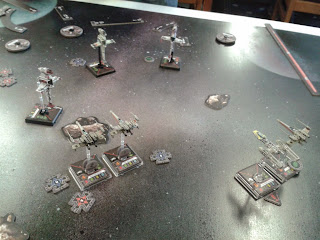 At least I had managed to strip Keyan's shields and start taking chunks out of his hull before, well... 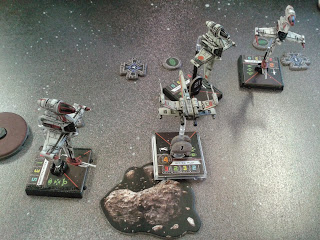 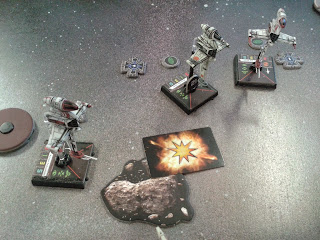 So Keyan flies on, while Dutch and Garven were trying to deal to one of the other Bs... 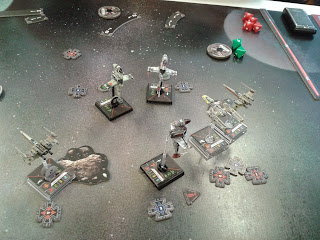 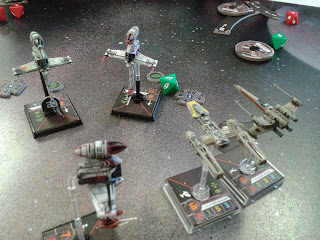 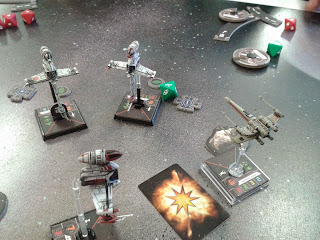 And to add insult to injury, Garven turns in right in front of him, just to... 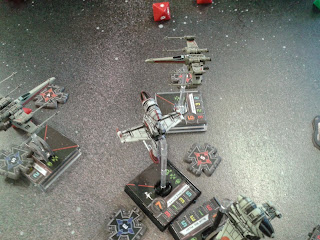 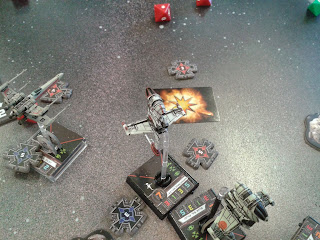 Which left Red 2 in a target rich environment. 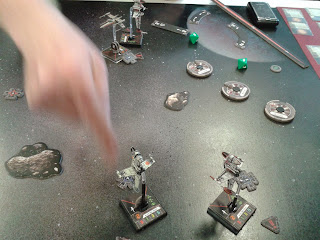 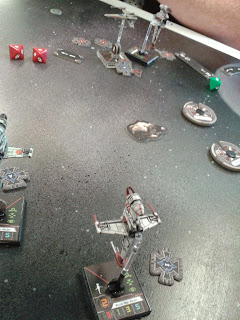 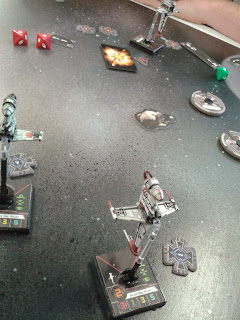 That Keyan is a machine!