Yesterday was the Conquest X Wing competition. As I said yesterday, I took a wee scum list of all skill 5 pilots. 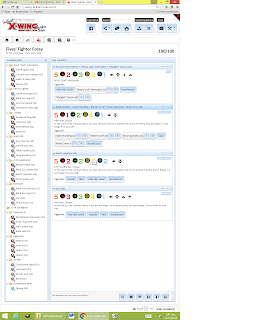 Mostly because I hadn't played with those toys for a while, and I thought that the focus stealing of these boys created a nice synergy. And I like the comedy that is the HWK-290 as a fighter!

First up was Damon (the eventual winner of the day), sporting a souped up Soontir, Vader in his Tie A X1 with an engine upgrade and targeting computer, and the big cheese himself, Emperor Palpatine, puttering around in a shuttle. The Palp-mobile, if you will.

I set up to gun down the shuttle first up... 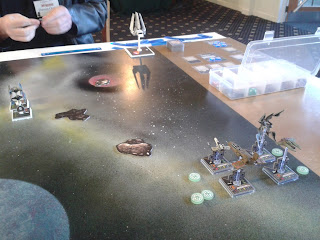 ...but Damon stalled it first turn, so I tried to turn in with Guri to take on the Ties. 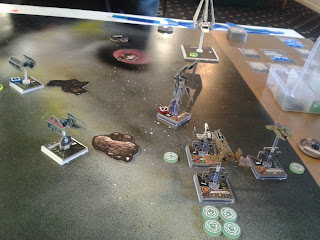 To pretty much no result.

So back to plan A...with full realisation that I could't really do anything about the Imperial Aces that are swinging in behind me. Though Vader wasn't in much of a hurry. 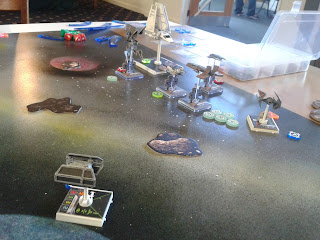 Soontir unleashes onto the M3 at range 1...and squiffs the roll. So, since Damon gave Soontir a targeting computer, he re-rolls all of his dice, and... 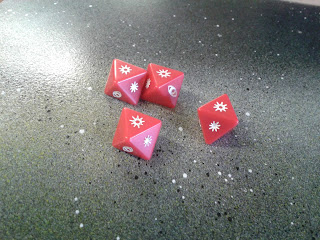 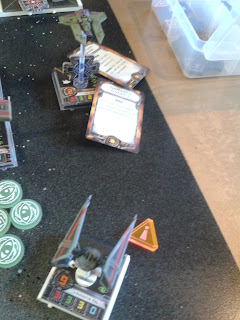 Boom! Even before the M3 could fire!

And to add insult to injury... 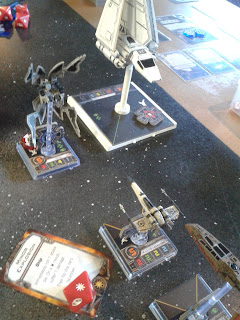 ...Palpatine one shots a Zed thanks to an unfortunate crit-and-roll.

Still, at least Soontir runs into the Shuttle next turn, denying him actions... 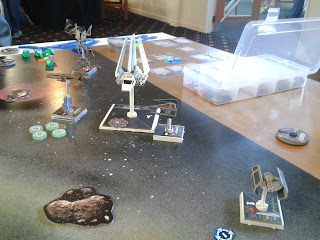 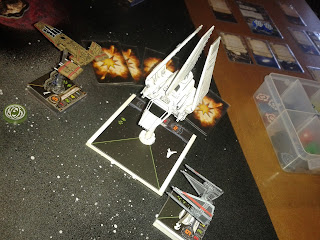 ...thus allowing the Emperor to be blowed all up in his grill!

Whoo hoo, the Emperor is dead! 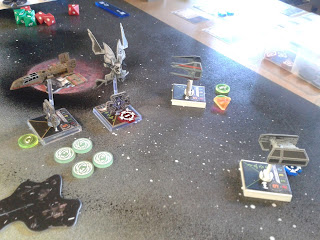 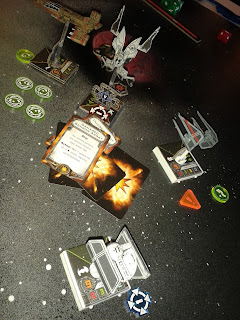 Oh yeah, and so is Soontir. 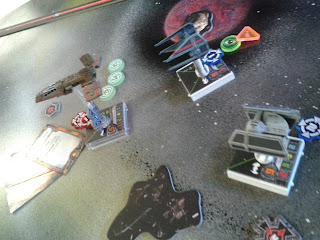