And so onto Game 2 vs. Scott who was running, if memory serves, Rexler Brath in a souped up Defender, Backstabber, and Darth Vader in an Omicron Group Shuttle and an Academy Pilot. Hmmm...well, at least I wasn't out numbered...

So I set up in the corner hoping to isolate his Academy... 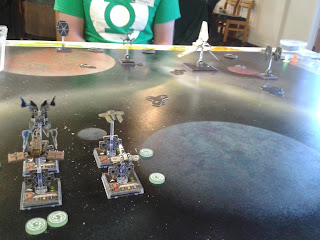 ...who promptly turned tail and flew in to seek the company of his mates.

I was duped, I tells ya! 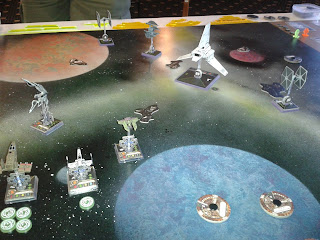 Once we've got round that debris, that is. 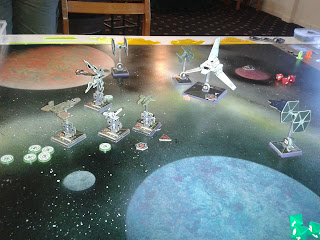 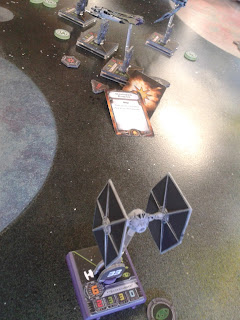 Who blows up. Again.

Still, at least he managed to get some shots into the shuttle. 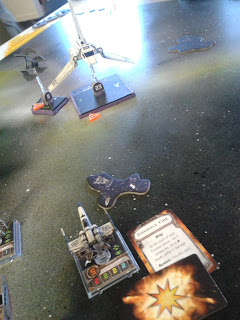 Alas, not enough shots, however. There goes the Zed!

Actually, I think that the shuttle had got it down to one hull, and Vader did the rest. 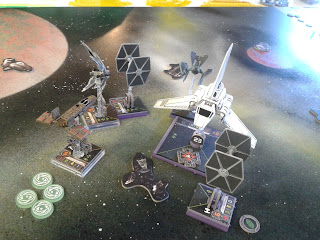 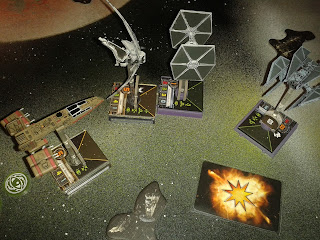 ...and the Hawk deals to the Shuttle.

Huzzah! I've killed the Emperor and his Apprentice! 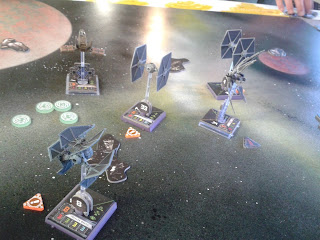 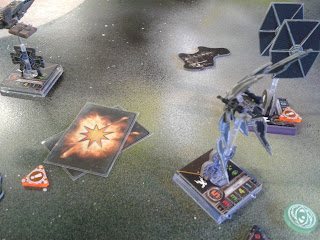 ...Backstabber kinda takes a wrong turn, right in front of the 'Viper!

Not to be outdone... 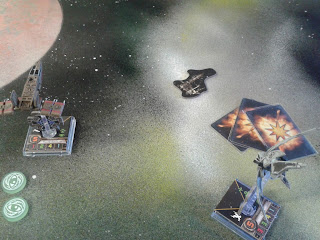 ...the mighty Hawk's Blaster Turret speaks again. Rather harshly as it turned out.

And, as Rexler Brath gets taken down to one hull... 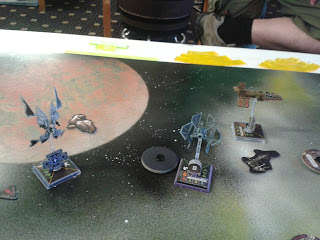 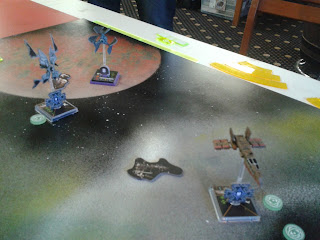 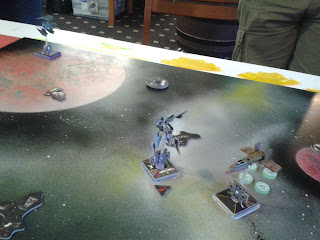 ...he quickly and quietly leaves the room...

'Twas a cool game there Scott, I was sure you had me when my two light-weights got turned into space dust!