And so it was that my 5s sped on to game 3 against Dorian who was running Ten Numb, a Red Squadron X Wing, and a Wild Space Finger sporting Heavy Laser Cannon and a dratted Auto-blaster.

Not fully understanding his list, I set up to go head to head with what I thought to be Luke Skywalker...! 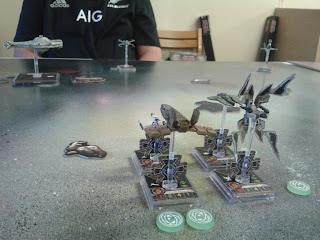 Suffice it to say, I was rather surprised when the Fringer screamed up my left flank, just as I realized that actually, that wasn't Luke, and had turned to face this incoming freighter. 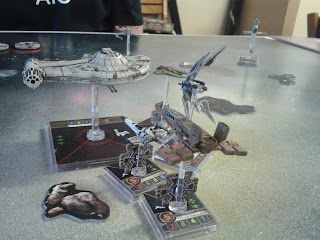 Dorian cleverly flew into three of my four flyers, thus denying my own incoming fire destined it's way. I soon found out why. Dorian's Spacer unleashed the Auto-blaster into my Hawk, bringing it down to one hull, if memory serves.

So, that YT-2400's destruction became an even higher priority! 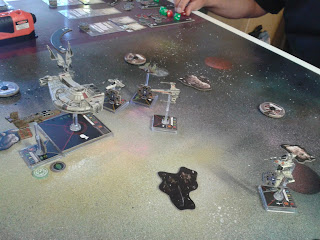 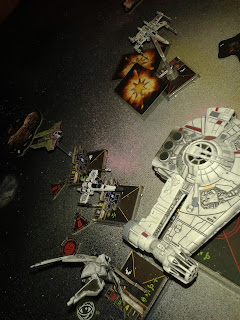 ...the X-Wing had paid the price for last turn's denial-of-service-attack against the YT, with the M3 serving the coup de grâce. That, and my HWK had stolen the X's focus token!

The YT took the full brunt of the combined fire of the Zed, the Viper and the Hawk... 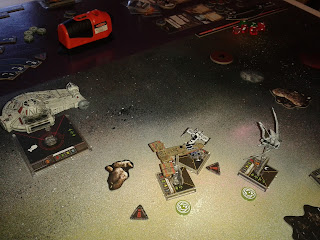 ...so it flew off to set up for another run.

Not wanting to get too close to the Spacer again, I headed for the B-Wing. 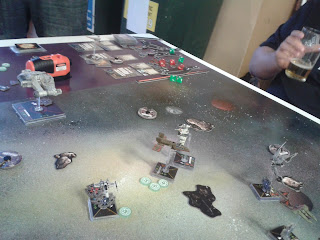 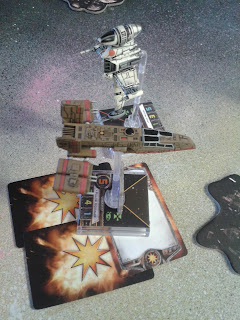 To the Hawk's demise! 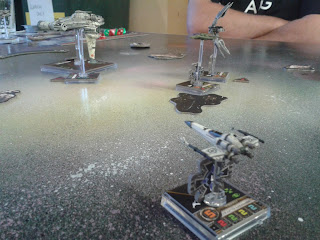 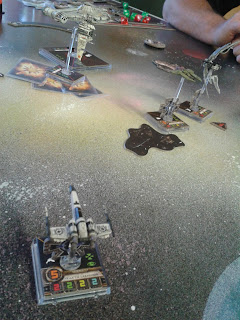 ...the Zed finished Ten Numb off.

Now, to deal with that Fringer. 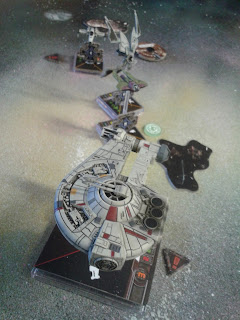 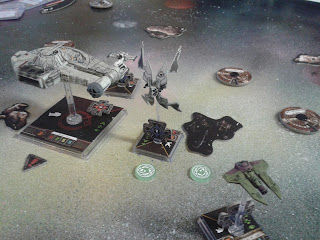 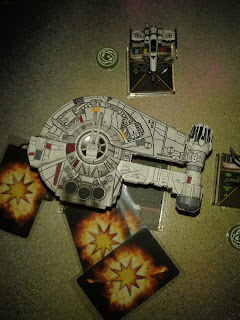 And once again, the Zed delivered the final blow. This truly was the victory of the light-weights.

Cheers for the game Dorian, it was great fun!