And a good evening it is down here. A balmy 25 deg C at half eight...it is indeed quite pleasant.

Anyhoo, as per my last post, I played in a wee four round tourney at The Wizard's Retreat last Saturday. I looked at the toys I hadn't played with for a while, and decided on a Battle of Endor list. Lando with Neim Nunb, and an upgraded Wedge. 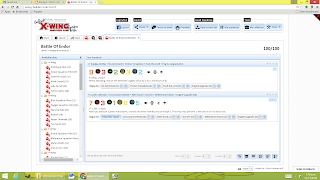 My first game was against Jared. He of Raider fame.

He was flying a 6 Tie swarm, with Howlrunner, Backstabber (dratted Backstabber) and an Omega Ace in a new fangled Tie/FO.

Yikes, his six versus my two! Still, gotta love the shirt!

I set up on the edge of the map, forcing him to fly through the debris to come get me. 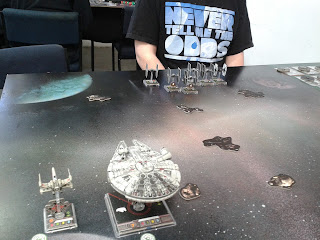 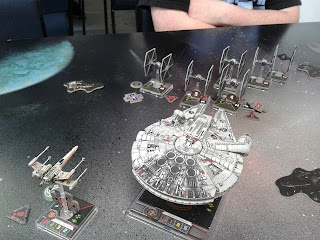 It kinda worked. Look at all those stressed Imperials. One had even taken a crit.

(Yes, yes, Wedge is stressed too, but that was by design - push the limit with a heap of green moves to shake it off thanks to his R2 unit.)

Lando unleashes his Concussion Missiles for even more bang. Sweet.

Next bound and first guns go to Wedge... 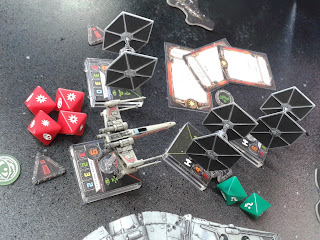 Three crits and a hit! Boo ya!

Not to be outdone... 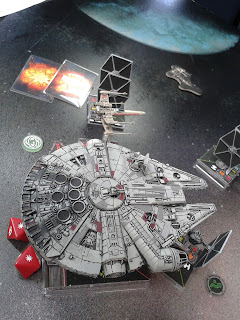 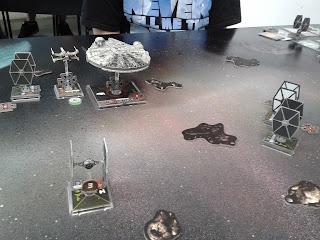 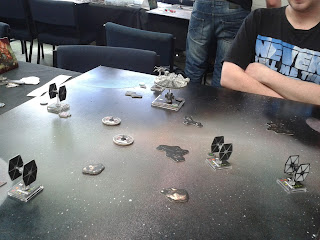 ...and face each other one more time. 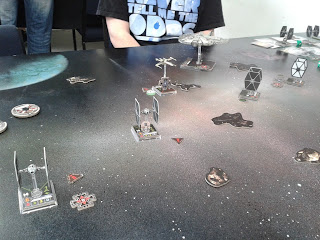 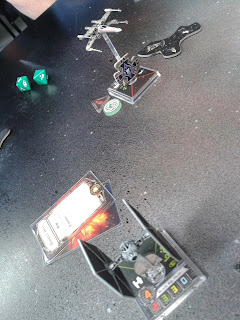 Alas the Omega Ace spends his Target Lock and Focus to land three crits into Lando. 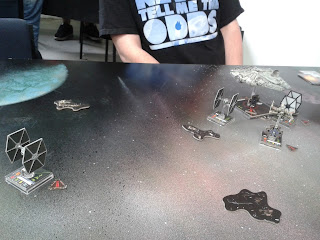 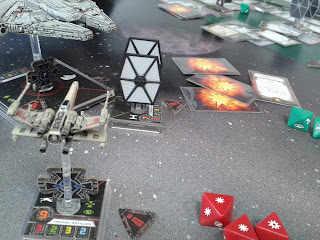 Take out that Omega!

I try to bug out with Lando... 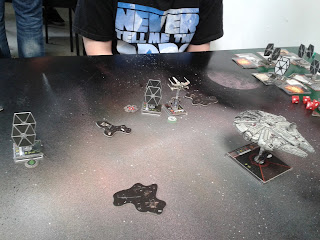 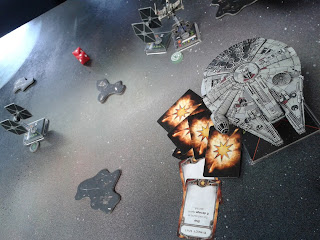 So now it was down to two to one. 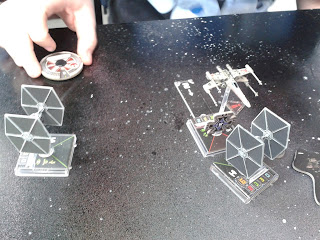 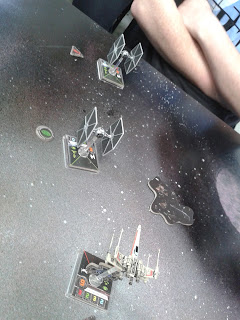 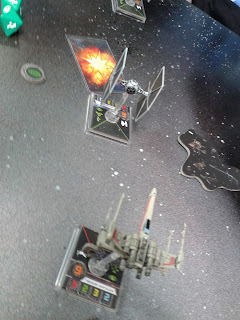 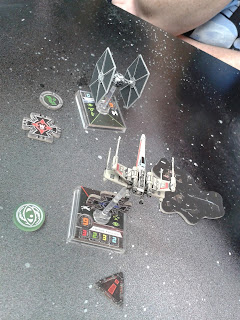 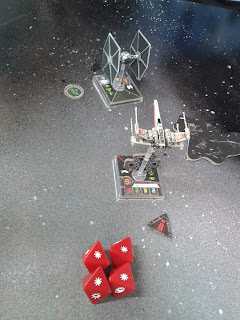 Wedge did much better than I expected. That combo of Engine upgrade, PTL and the R2 unit really gives him some options. Bit pricey but...

Thanks for the game Jared, I must admit that it was pretty cool seeing so many Ties on the board. Lando didn't think so, but still...