Well after that win, I went up to table 5. Sweet! Up with the big boys! And Damon ain't no slouch!

He was running a Palp mobile with Soontir and Vader. Urghh. Two uber-aces and a Master of the Die.

Damon won the initiative, and had me move first. So I did. Wedge right into Vader. Even Damon uttered words to the effect of "What were you thinking?!" 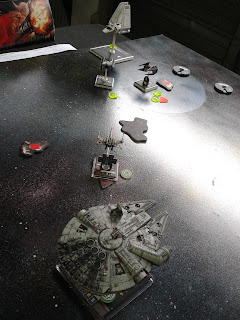 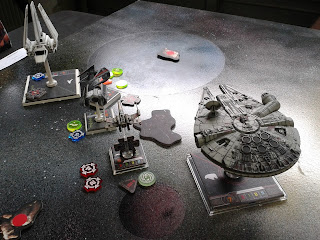 I split my shooting, and terrain splits my boys... 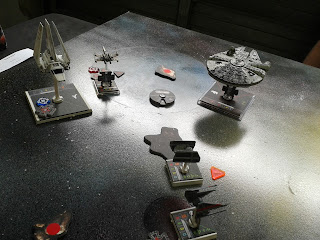 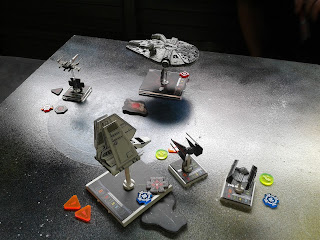 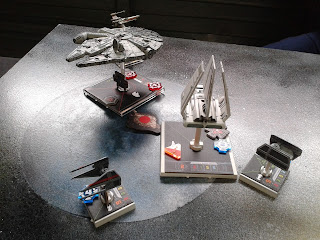 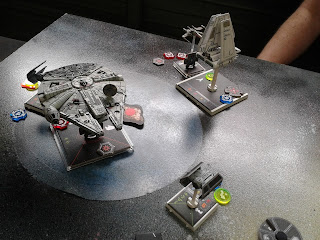 ...but twice! Arghh! (You can't shoot if you've flown onto an asteroid.) 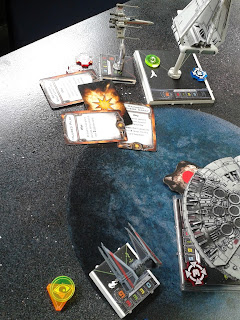 Look at that! I could have had Soontir dead to rights! 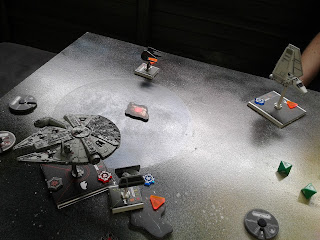 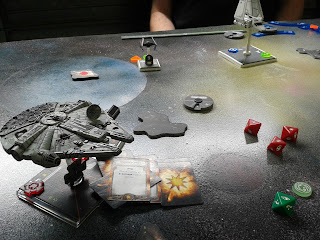 Fly like a Rook, die like a Rook! A couple of major brain farts on my part, and Damon took full advantage of my silly mistakes.