Young Stan brought out his Thomas the Tank Engine army. 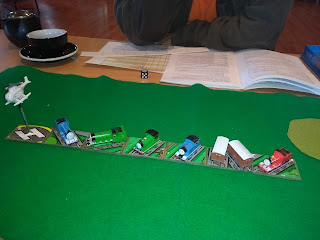 I broke out my Parthian army 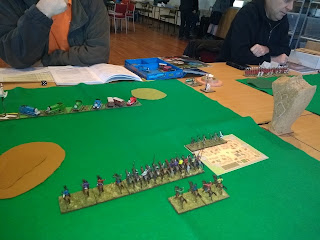 My God turned up early, and joined the general advance. 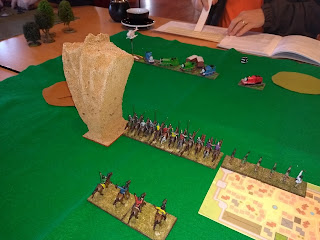 Having just reached the edge of the hill, Stan decided to contest it from me with Harold and Thomas. 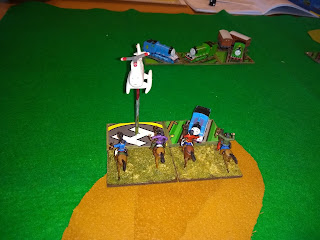 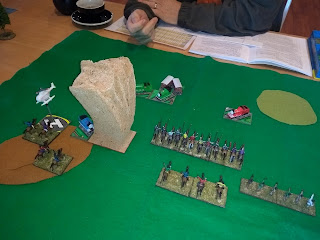 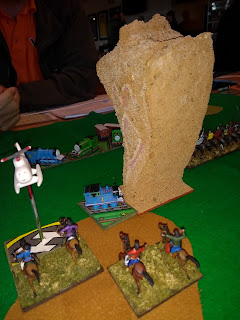 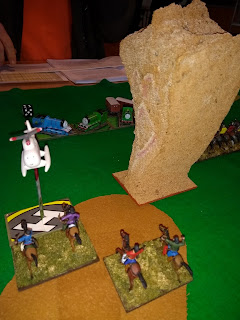 ...and made itself known. Poor wee Thomas.

So Stan piles in on Sandy. 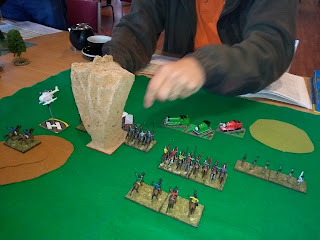 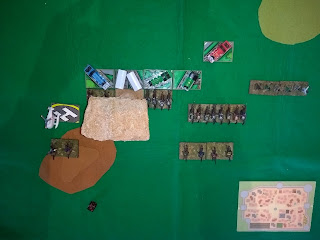 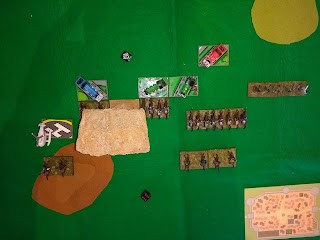 Alas for Sodor, Annie and Clarabel were not up to the job.

Never send a carrage to do an engine's job. 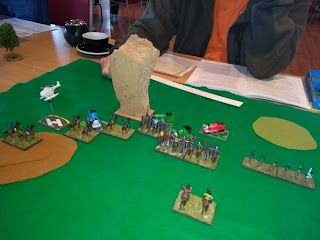 Now with a gap in the line to the front, McSandface piled in on Gordon... 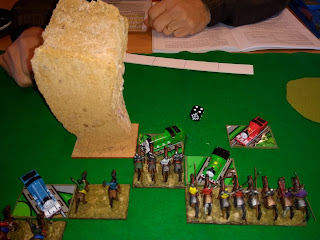 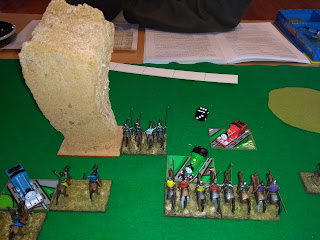 However, it wasn't all one way traffic. 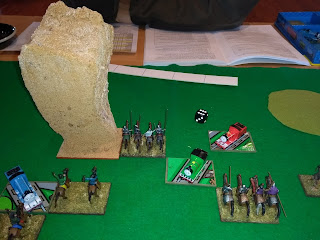 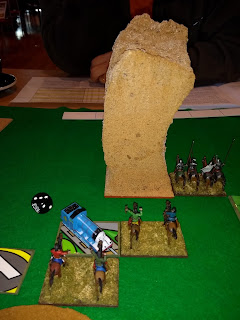 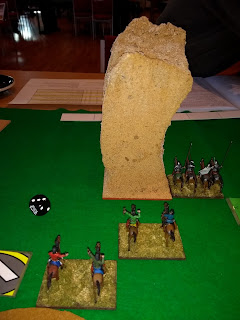 Edward mustn't have got the memo.

Had not Sandy McSandface turned up when it did, things could have been very different. Especially if Sir Topham Hat had showed.

Thanks for the game Stan,