A long time ago, in a location far, far away... 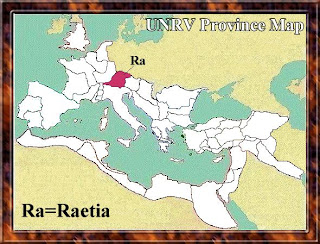 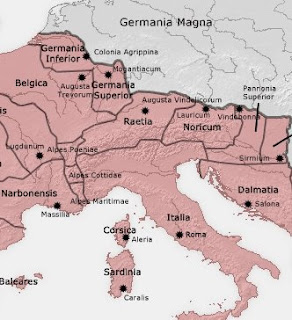 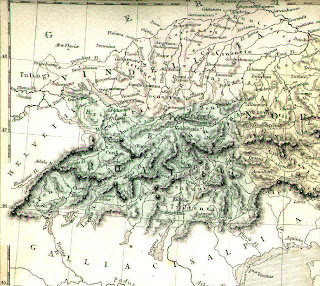 ...Goblins moved into The Alps.

Slowly establishing themselves in the mountainous peaks and valleys of what is now modern day Switzerland, they maintained a relatively peaceful relationship with the Helvetti. Well, peaceful for Celts and Goblins at least - who were mostly too busy fighting with themselves to be much bothered with each other...

There were even instances when each group actually took to the field as allies against an increasingly common threat - the gradual encroachment of the Mediterranians.

Over decades, and then generations (the average goblin having approximately half the life span of the average human) of intermittent skirmishing with, and ambushing of, these 'Italians', the Goblins began to collect, immitate, and adapt the equipment collected from their foes to their own needs (and stature - the average height of a fully grown goblin measuring little more than 5'3). Towards the end of the second century before Christ, some of the larger and more powerful goblins actually went out in small raiding parties with the express purpose of aquiring some of the armor that was now being mass produced by the Roman state. These posessions became prized heirlooms and were highly valued. Thus, the 'coming of age' ritual of hunting for Roman armor had its beginning.

Some decades later, pressure on the Helvetti forced them to try relocating across the 'Roman sphere of influence' and they were severly diminished through the actions of one Julius Ceasar, Raetia eventually being conqured and absorbed into the Roman Empire by Tiberius Ceasar in 15 B.C. Being a pragmatic race, the goblins did not overly morn the demise of their long time neighbours however. Indeed, from a 'cultural' perspective the encroachment of the Roman military machine made the aquisition of new equipment that much easier - so long as the goblins didn't overstep their mark.

In and around the same time as the Varrian disaster in the Germanic Walds of 9 A.D., one goblin warchief, whose name has come down to us as Gozmog (although it is unclear whether this was his name, or just his title) chanced his luck by organizing a large scale raid agianst Andeer, which in itself was no mean feat - goblins tend to live in isolated settlement from each other, preferring to organise themselves into small, and competing groups centred around one leader. Bringing them together for a large scale engagement was frought with the difficulty of managing competing egos and on-going fueds. And so it was.

Initial success brought inivitable internal conflict as each warband claimed, and then fought over the booty that had been captured. Soon all out interceen warfare ensured between the competing tribes to the point that the Imperial Roman relief force that had been rushed to retake the town was pretty much ignored, so fierce was the goblin desire for loot. The disciplined Romans were easily able to dispatch the remaining golins, distracted as they were with filthy lucre.

After this, the Raetian Goblins contended themselves with fighting each other and small time raids against isolated human settlements. With one exception. 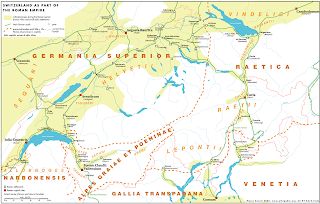 Concurrent with the [human] Raetian uprising of 69 A.D., Gorbonzo (again, history is not clear is this was a name or a title for a supreme warlord) roze up, and by skillful manipulation and sheer force of will temporarily settled the incessant fueding and launced a major campaign against the Romans, distracted as they were by the revolt.

Gorbonzo managed to constrain his forces until he had at least 2:1 advantage, attacking only where and when he was assured of success. He defeated a number of cohorts of Legionaries and Auxilia in at least three major engagememnts in quick succession.

Most significantly, he had the wisdom not to push his luck, and disolved the army back into it's constituent parts, sending them on their way once the Raetian revolt had been dealt with. As for Gorbonzo himself, his fate is not known. It is most likely that he settled down and enjoyed the spoils of his labour for the remainder his days. Never again did such a large goblin force take the field with such success.

From then on, until the great plauge, it was not uncommon for two or three tribes to combine under a strong leader, strike significantly large settlements and then quickly disolve following the pattern established by Gorbonzo, armored in the equipment aquired in the great campaign of 69. They had especial success when the Romans were distracted elsewhere, as during the Jewish revolts and Dacian Wars during the reign of Trajan and his successors.

However, these goblin successes were not to last. In and around 180 A.D. a new virus, known as the Great Plague, developed and decimated goblin numbers. Goblin physiollogy was unable to develop complete immunity to this disease and it continued to reck havoc to their numbers until all reference to Raetian Goblins dissapears from the historical record in the mid third century.

As they were a tribal people, and many of their artifacts were either constructed from natural matrials such as leather and wood, which dissintegrated quickly in the harsh climate, or were modelled afer, or captured from, the Romans, very little material evidence of their presence has been uncovered, and much of what has been found is practically indistinguishable from either Roman artifacts or those of the Celtic people who occupied Raetia before them.

For a more indepth reference to the Roman occupation of Raetia, see the histories of the Raetian province here and here.