A couple of weeks ago I trotted around to Andy's house to demonstrate the mechanics of a 1000 pt Warmaster Ancients game to him and Adrian.

I've only got two armies with sufficient painted elements - Ancients British and Raetian Goblins - so we had a bit of a mythical bash in the foot hills of Wales!

As I didn't take too many photos, this won't be my usual lengthy Battle Report ("Yay!" I hear some say!). Suffice it to say that my Gobbos were overwhelmed by Andy and Adrian's Warband (they did seem to have more than me...). 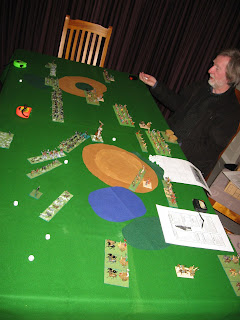 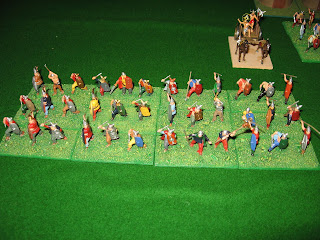 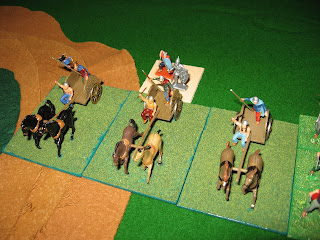 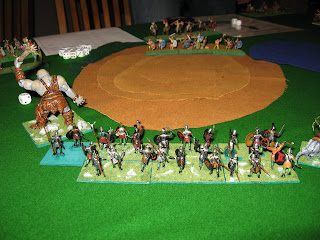 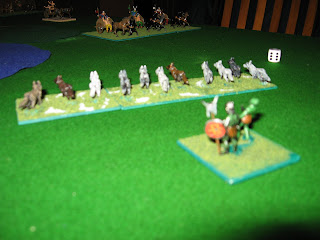 Highlights - my Storm Giant (I was using the rules straight out of The Battle of Five Armies - the Tolkien version of Warmaster) getting run over by Adrian's Fanatics, who then in turn got run over by my Body Guard! 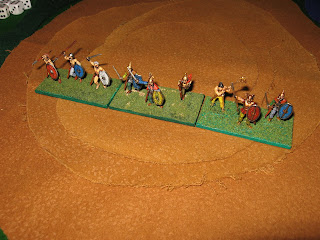 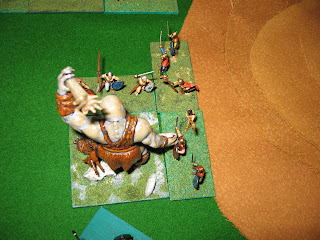 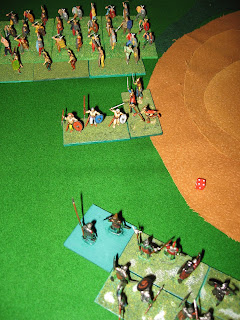 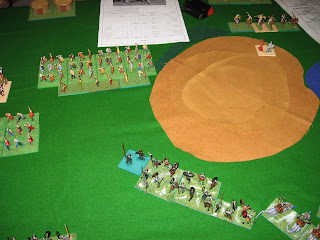 One very clever thing that Adrian did was brigade four Warband units, three elements deep. This meant that when my three units of Goblin light infantry, double ranked charged into his Warband brigade, he was able to spread the hits between his units, which meant that, well, my punch was spread too thin! I managed to take out his front rank, but...well..bother it! 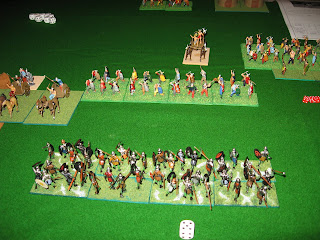 However, as Adrian did point out, it really pays to pile in first. That charge bonus is a game breaker!