Back to the Woolston club for our HOTT Day in December, this time...Game 3.

I still had my Numidians out from the last game, so...since they were ready and waiting...

They were going up against Mark's...Generic Fantasy Army. 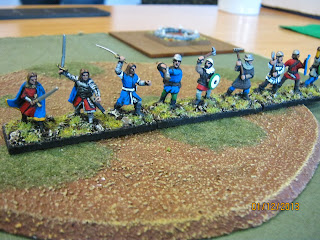 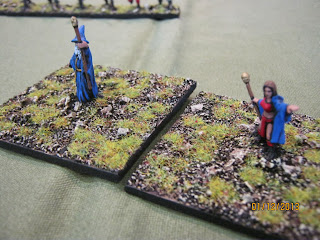 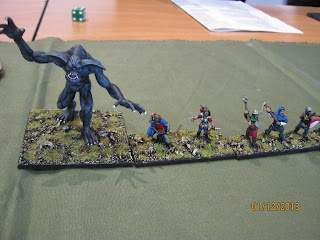 I sent forward my bods... 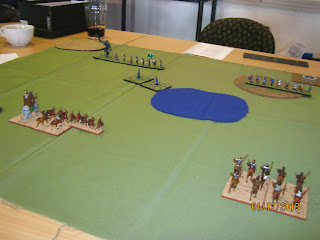 ...pushing forward the bulk of my riders on my right to try to take on Mark's Blades on the hill. I had a wee plan... 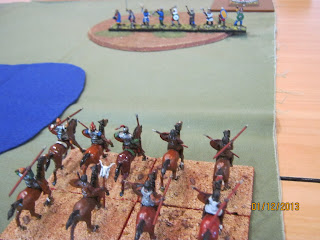 Unfortunately, so did Mark. There was a reason he sent up his Magicians. They zapped my Behemoth (elephant), which caused it to flee...off table! 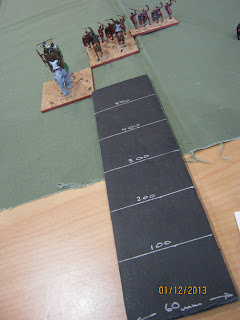 Still, thought I...time to spring my own wee surprise. I deployed my Lurkers, waiting off table as they were, in front and flank contact of...a Blade General who happened to be standing up hill...sigh... 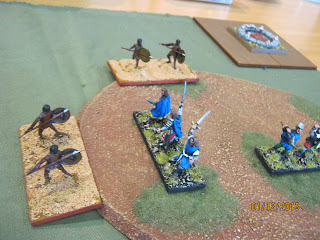 They of course got bounced back.

Still, at least I had gained some sort of initiative. Sort of. 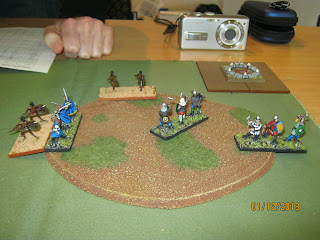 In the centre I tried to mob his Magicians with my own Blades and a Rider... 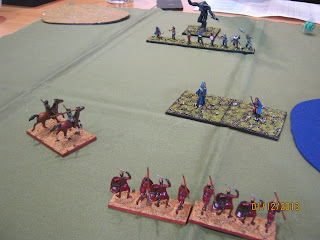 ...whilst trying to upset Mark's apple cart on the hill. 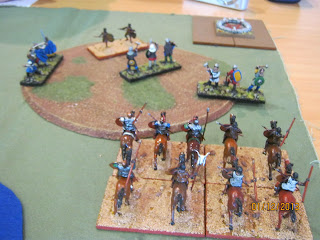 And here's where I had a real chance. Not a good chance, you understand, I was a factor down (or, well, four for my Lurkers) on the hill, seeing as he was up hill, and a factor down for my rider, but still... 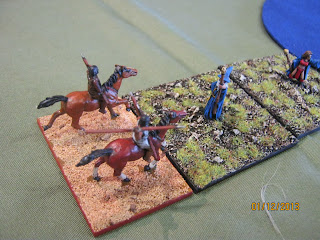 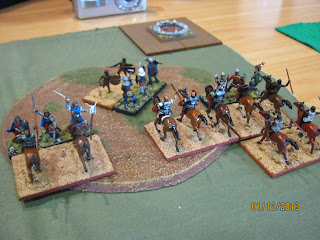 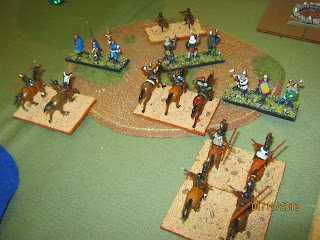 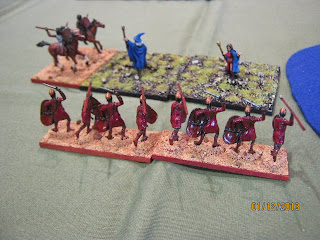 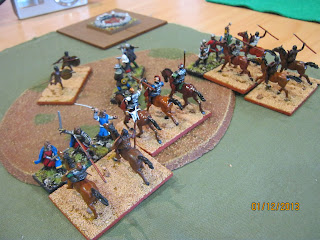 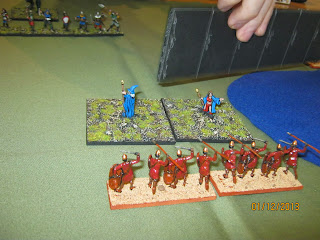 Lots of pushing and shoving went on on the hill (mostly my Riders being pushed and shoved, it must be said - there was just no room to get up around the flanks of his isolated [from each other] elements. 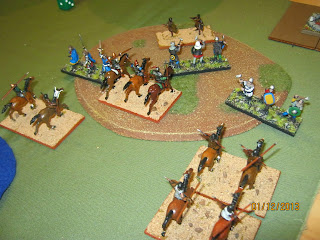 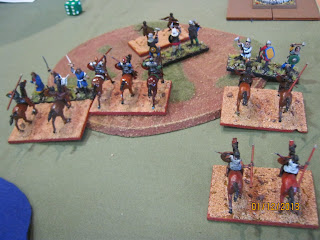 But at least the action on the hill and the threat in the centre was causing Mark some consternation.

He started to pull back his Magicians and slide across the Behemoth. 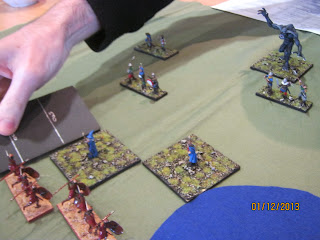 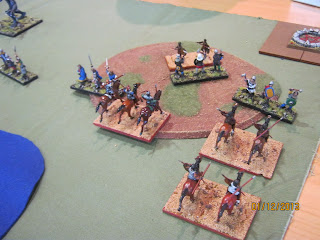 Opps, lost another one. 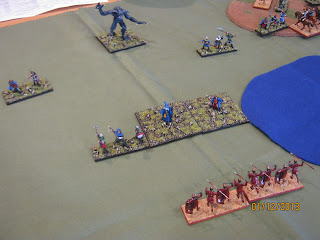 When the Behemoth finally got over to the flank... 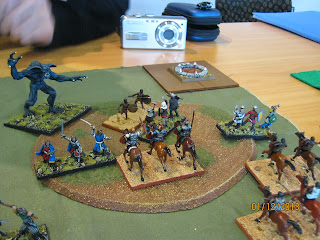 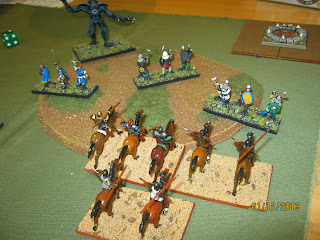 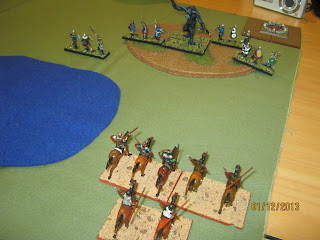 ...to re-enforce my efforts in the centre. 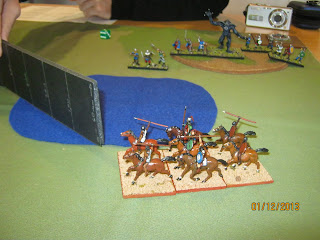 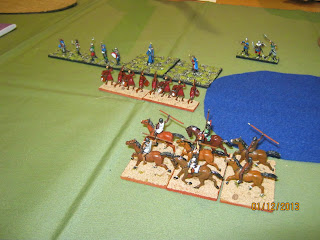 Another zap from the two Magicians and... 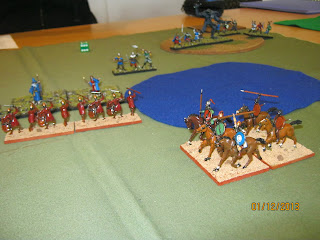 Another I-ain't-got-diddly-squat walk over! Still, it was a fun game.