Right, back to the HOTT Day in December!

This time I brought out my HOTT Hoplite Greek army. 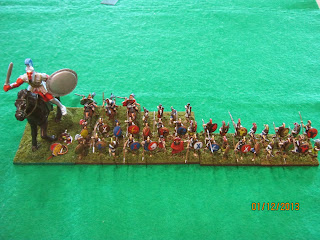 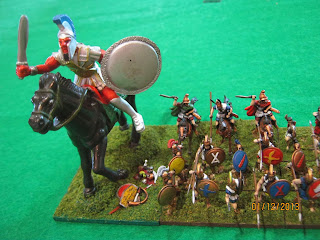 It was facing a 25mm LOTR Orc army.


And away we went.

Ares turned up early. Usually a bad sign - I did not expect him to stick around long! 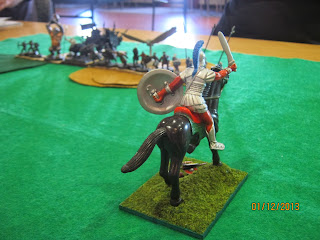 So, seeing as I was expecting to not see him for long, I flew him into what I hoped to be easy meat. 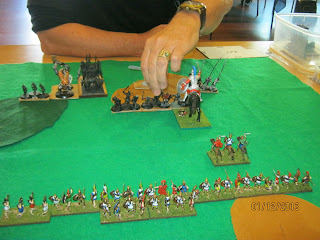 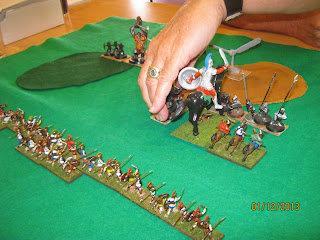 At least Ares pushed his weight around a little. 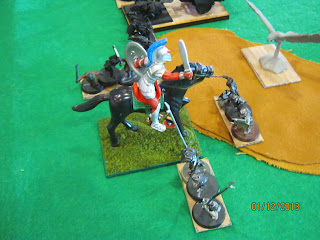 Unfortunately, my Rider didn't last as long as I had hoped, and seeing as Ares wasn't really getting anywhere (and he was now overlapped), I flew him out to take on something that he should be able to handle. The flyer hanging round in the back. 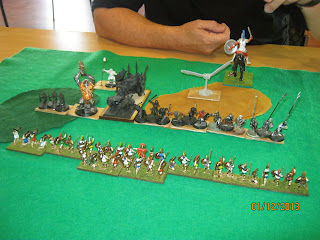 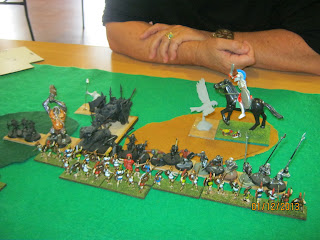 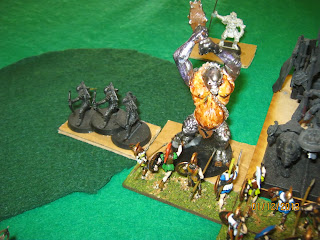 A stand result on my left, but at least my double ranked Spears recoiled his War Wagon Behemoth. 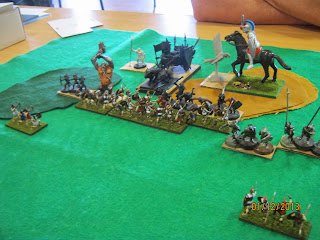 Next bound Ares finally takes care of the Eagle, and, against all odds, my single ranked Spear managed to recoil a Warband up the hill. 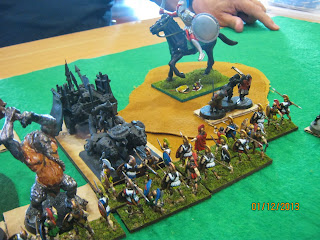 With the enemy Flyer out of the way (and, against all odds, still being on the table), Ares moves into the flank of the War Wagon. While not providing overlap support, it did mean... 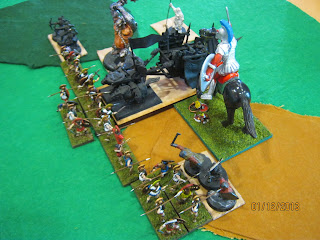 ...that it couldn't recoil as it had enemy in contact on its flank. 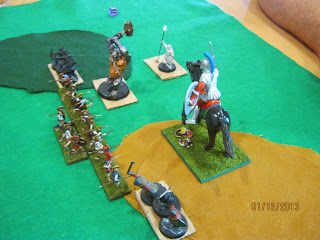 Unfortunately, this minor triumph was somewhat lessened with the loss of my double ranked Spears at the hands of the Warband-on-the-hill.

It got slightly worse when he double ranked his Warband up against my Spear General. Warband quick kill Spear. All they need to do is get a higher total - and at 3 +1 for rear rank support against my 4 +1 for being the General, the odds were pretty good that my game would be over soon. 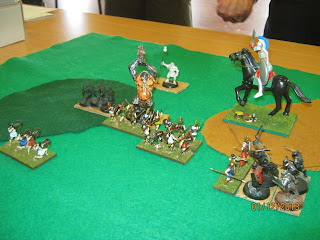 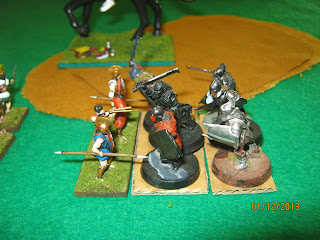 However, 'twas I that got lucky... 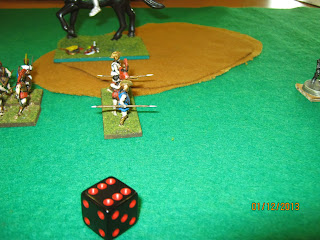 ...and I actually won! My only genuine victory of the tourney, as it happened.