Back to the HOTT Day in December, the last game for the day - my Sarmatian Knights vs. Cavemen.


Kevin had Shooters, Blades, a Behemoth General (I think - either that, or a Hero), and a Magician.

I was the attacker, so I chose to avoid his shooters and concentrate on my left flank, with a bit of a feint up the middle. 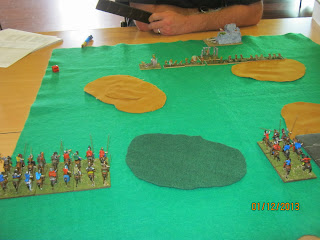 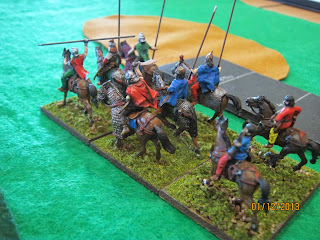 Early on, my Dragon showed up, so I sent him forward against the shooters. Not sure why now... 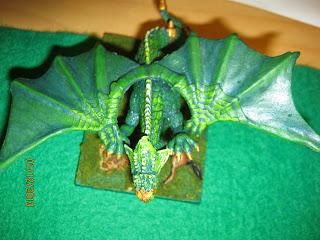 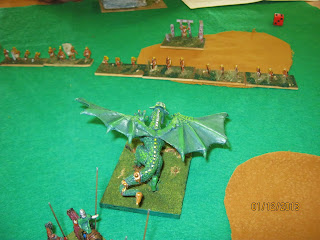 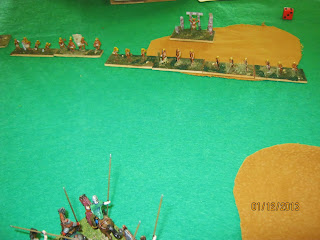 Non foot up against shooters? What was I thinking?

Anyway, time to form up on that hill. 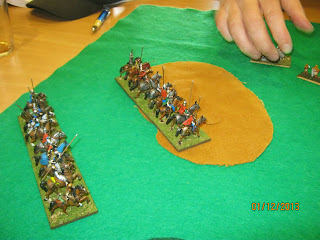 Kevin tried to threaten my flank, but, well... 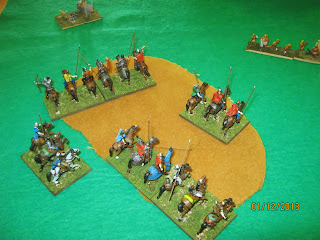 ...then thought better of it. 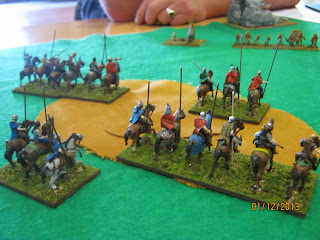 So, since his own flank looked open, I thought I'd try my luck with my own Hero General, flanked by Knights. What could possibly go wrong? 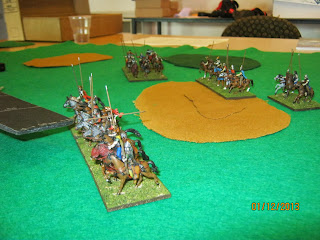 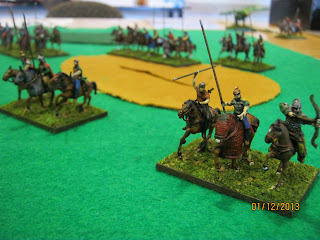 And seeing as my Hero was also my General... 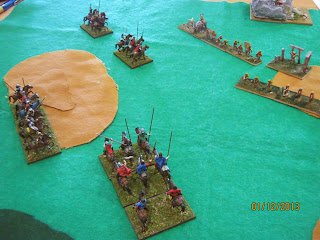 My Sarmatian General failed me last time too...time to re-think my leadership of this army...