Today I had my first ever Star Wars X Wing competition at Comics Compulsion. Got completely done over (though I did win one of the scenarios - at the cost of an inumerable number of TIE fighters!) - my idea of a swarm of Acadamy TIE fighters (four of them, plus a TIE Advanced and Soontir Fel in his TIE Interceptor) didn't really work! The thinking was...if less is more, imagine how much more more be!

Before I get on with reports proper, here is some eye candy from the day. 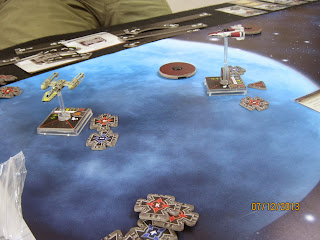 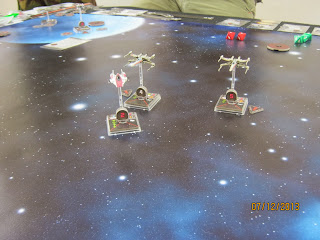 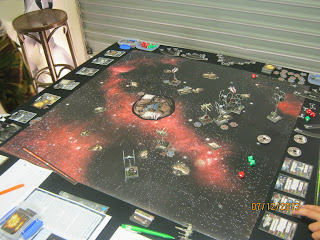 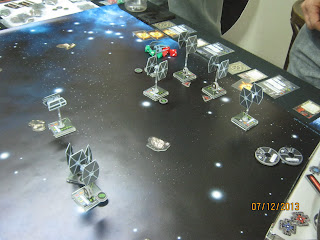 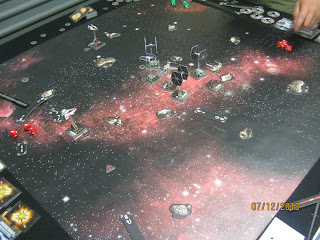 There were 10 players - five tables - and about seven of us took Imperials! Including an Imperial Shuttle. That's a lot of TIEs!

Justin, the priprioter's son, won with his own [slightly-smaller] TIE swarm.

The main things I learnt were...


And a good time was had by all!