Neil was running a classic New Hope list - two X Wings escorting two Y Wings. Specifically...
So we set up and away we went. 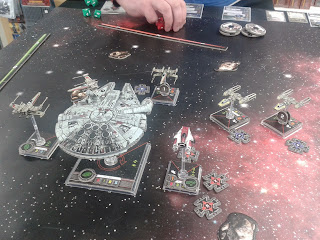 After a couple of passes with the Falcon, taking little chunks off the Gold Squadron Y Wing... 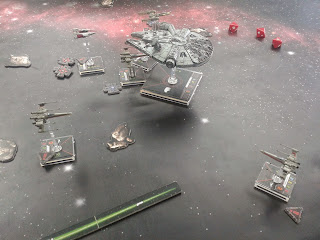 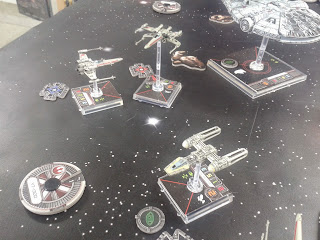 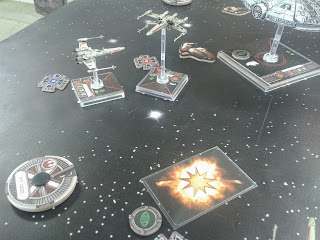 ....Wedge was able to deliver the coup de grace. 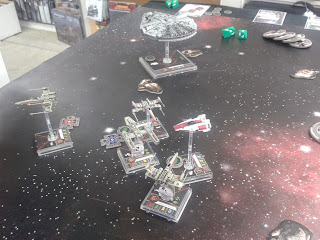 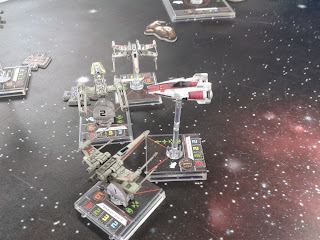 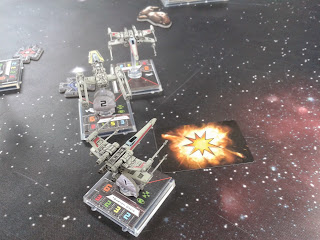 ...and did the vaporising afore hand.

And then Wedge took a wrong turn. Literally. I meant to turn the dial to the left, instead I turned him to the right. Bother! 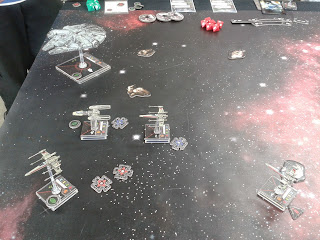 Just in time to get to get ionized. 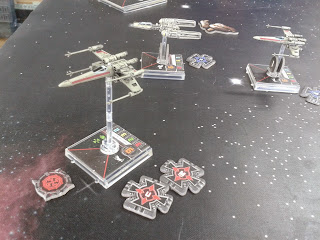 Still, Han flew to the rescue and managed to pile hurt onto Dutch, inflicting a critical hit which disabled his secondary weapon - his ion canon. Sweet! 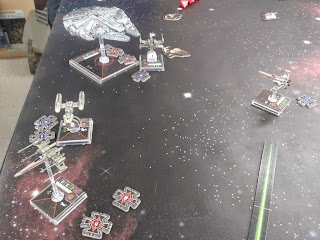 Then the Rookie flew just a little too close to the Falcon, and... 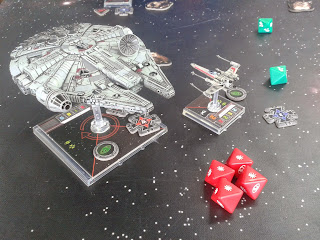 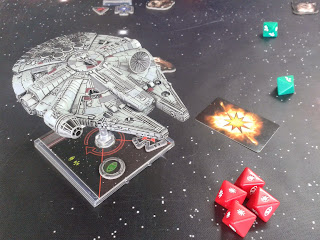 With the ion canon out of the game, Wedge got a bit more room to breathe. 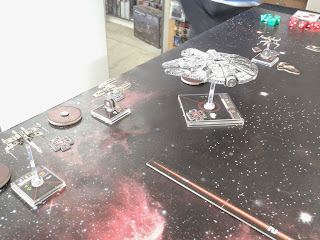 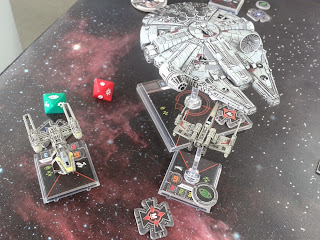 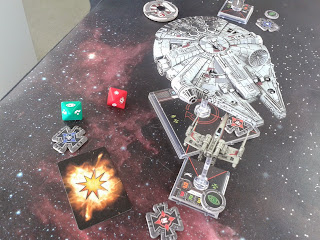 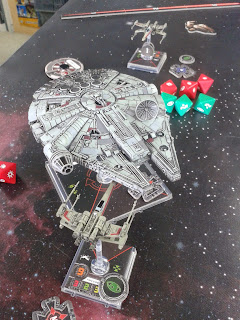 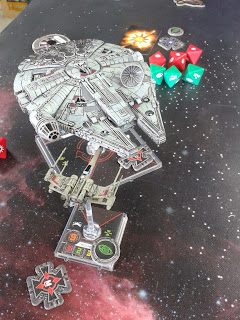 And that was Game 2.

Thanks Neil, the banter and pop culture references really made the game.