Just a quick report - well, half report - of a game I had with Mark D a couple of days ago. Mark wanted an opportunity for revenge over his last loss, I wanted another chance to figure out how best to use the Tie Bomber.

So, Mark pulled out Wedge, Ten Numb and a Grey Squadron Y Wing... 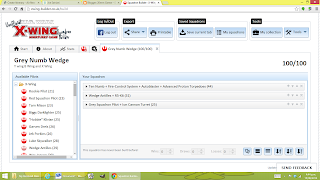 ...while I pulled out Soontir Fel, Dark Curse, Backstabber (or was it...I can't remember. I couldn't find one of the pilots I was wanting...), an Academy Pilot and a Gamma Squadron Tie Bomber. 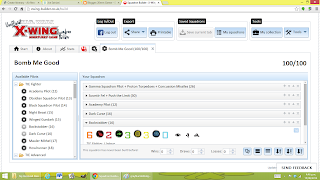 I threw down some rocks, set up and away we went.

I went for another box formation, just 'cause. Soontir went wide. 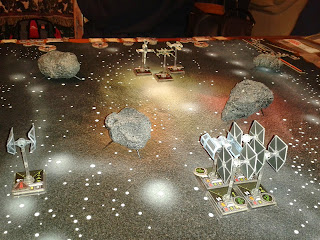 The B Wing and Soontir squared off, while Wedge and the Y (sounds like a band) headed off the [mini] swarm. 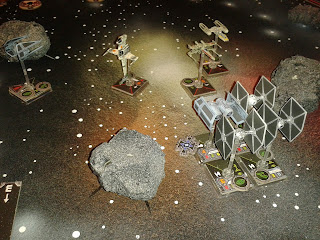 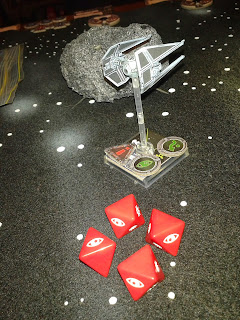 However, Wedge immediately ran into some bother.

All shields stripped and two crits! 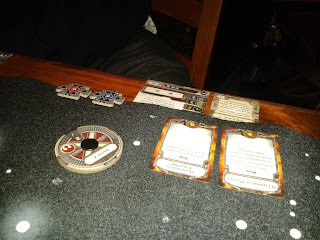 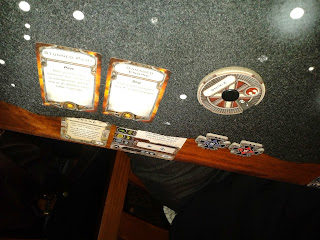 The Stunned Pilot card was the biggie. If Wedge overlapped anyone, he'd take a hit.

Have you noticed how he's about to run into a Tie screen door? 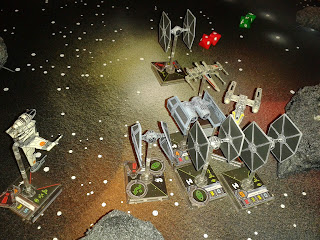 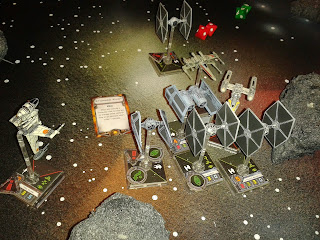 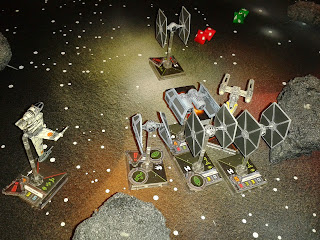 And that was the end of Wedge.

Unfortunately, the damage dishing wasn't all one way.

A hit and a crit. Two hull points down, just one to go. 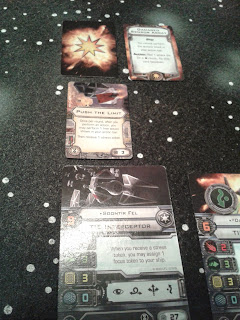 In an effort to avoid that nasty B Wing who had just piled on the hurt, I decided to risk the asteroids.

What's the worst that could happen? 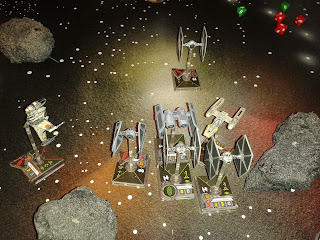 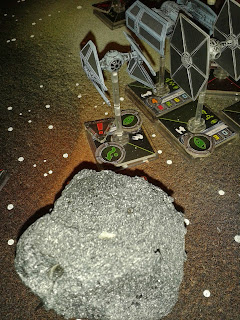 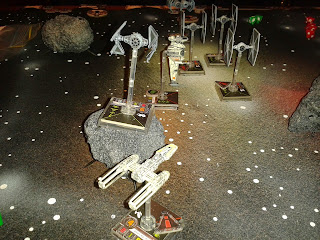 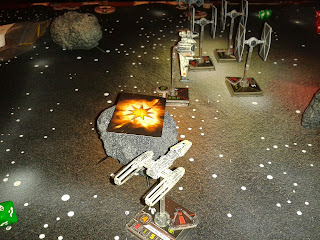 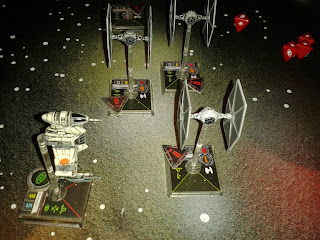 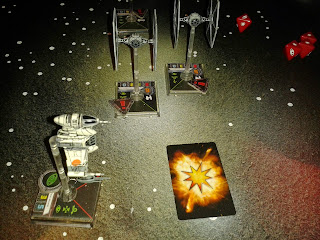 And then there was three! (That's the Tie Bomber lurking in the back.)

We had to call it there. I had a headache, and had to drive 5 1/2 hours down to Cromwell the next day for my mother's funeral. The poor wee duck finally succombed to her two brain tumours.

Still I take great comfort in the fact that...

Because God so loves the world that He gave His one and only Son so that, because Mum believed in Him, she has not perished, but now has eternal life. John 3:16. Or there abouts.

It was a nice service, complete with a random Harvard aerobatic display over Alexandra afterwards, and a lovely family time. I recommend the Tin Goose in Cromwell for breakfast...speaking of good service...