And so onto game 3. As I was still undefeated, and had so far only lost 17 points of A Wing twice, I was able to stay at the top table. Cool!

This time I was up against Andy who was flying something I had yet to come up against, and was kinda dreading...a Tie Phantom. Piloted by "Whisper" another of the Empires female pilots. 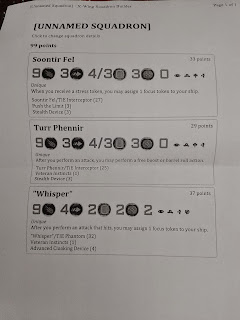 Just look at those stats! Four, count 'em four attack dice! That's five at range one! Arghh! And when she's cloaked she can add another two defence dice. As well as adding a straight two manoeuvre template either to the front or to the side before doing her dial move when she decloaks. This thing is a monster!

So, with some trepidation on my part, we got into it. 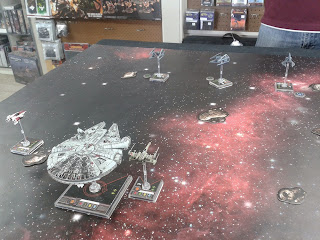 This time I tried to keep the A Wing close to see if he couldn't live a little longer. 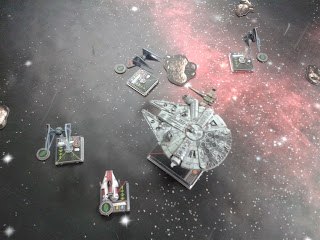 However, Andy aims straight for Wedge, who, although shooting first... 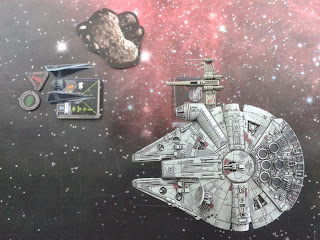 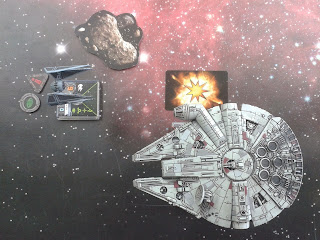 ...disappeared really early in the game! 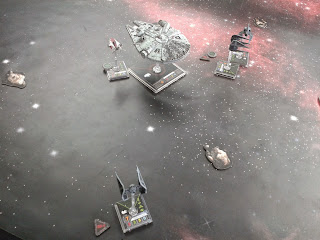 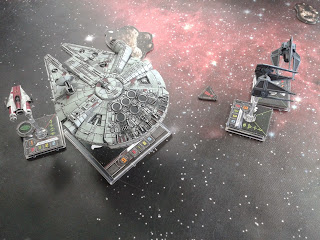 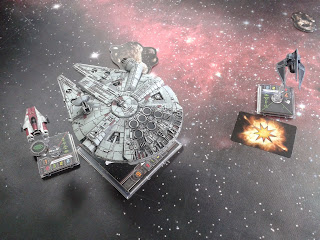 ...those first shots from Wedge did have an effect on Soontir. Han just had to gently push him over the edge.

Then everyone stared picking on the Falcon. 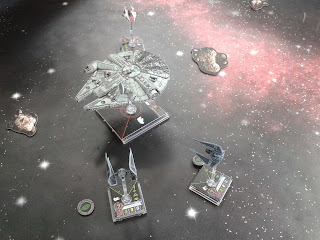 But again, in a display of some team effort... 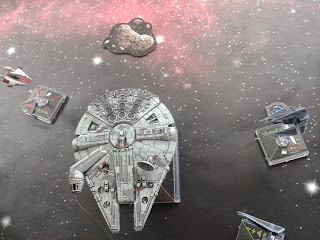 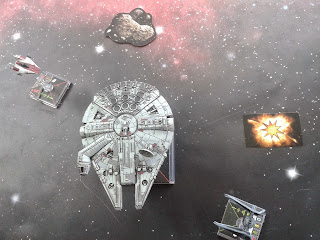 ...the A Wing was able to finish off Han's good work on the Phantom.

It's a bit of a glass cannon (did I mention that it's got four attack dice?), but man can it move! 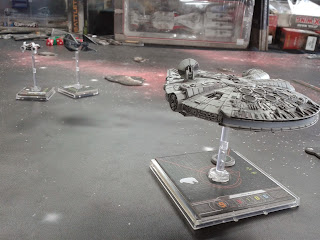 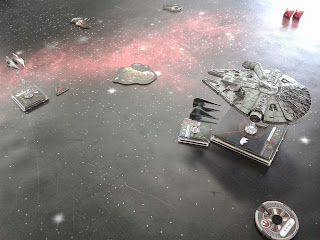 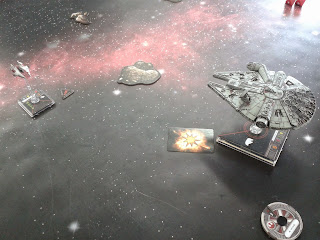 Who was finished off by the A Wing. Again. I should really give this guy a name...

That was a cool game. Thanks Andy,